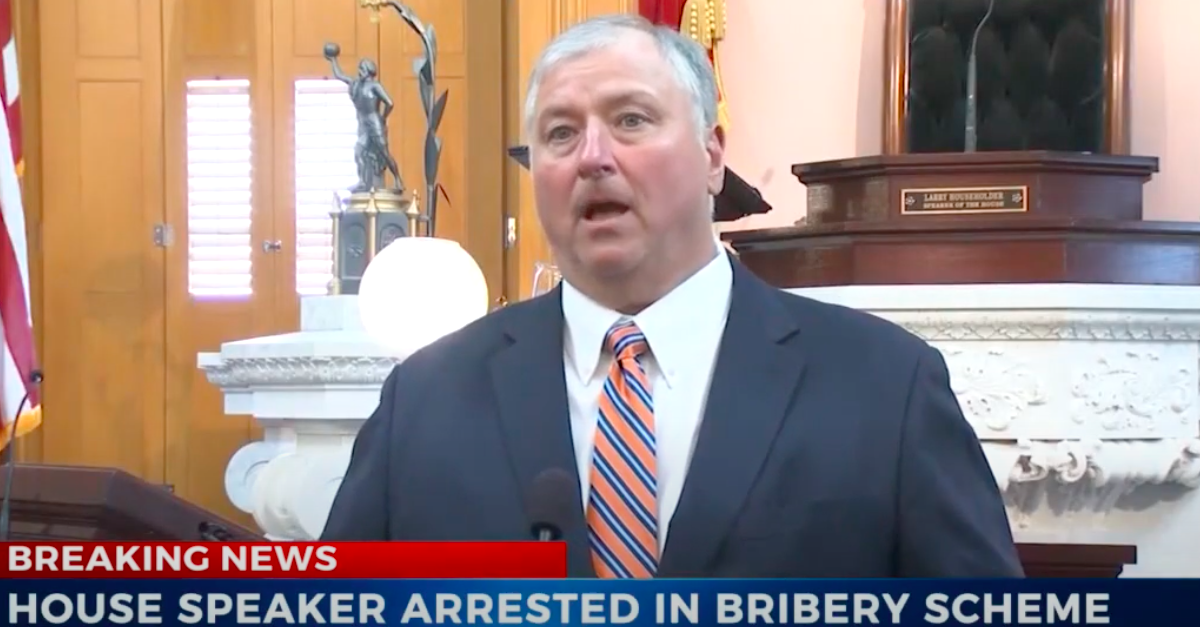 According to the reports, agents with the Federal Bureau of Investigation (FBI) and deputies with the Perry County Sheriff’s Department stormed Householder’s farm in Glenford early Tuesday morning.

The investigation stems from Ohio House Bill 6, which bailed out two of the state’s nuclear power plants at over $1 billion. Householder, one of the most influential politicians in the state who is currently serving his second stint as House Speaker, was influential in getting House Bill 6 signed into law last month.

“House Bill 6 required consumers to pay surcharges on their monthly electric bills — ranging from 85 cents for residential customers to $2,400 for big industrial factories — beginning in 2021 to fuel a $170 million-a-year fund,” the Blade reported.

“Of that, $20 million a year would go to five utility-scale solar fields already holding state site approval in Hardin County and southern Ohio, but 88 percent would go to [FirstEngery Corp.] or whomever the plants’ owner is once the company emerges from bankruptcy.”

All five men were scheduled to appear via video conference before federal Magistrate Judge Stephanie Bowman in Cincinnati at 1 p.m., the judge’s clerk told Cleveland.com.

U.S. Attorney for the Southern District of Ohio David M. DeVillers and FBI Special Agent in Charge Chris Hoffman are scheduled to brief the press regarding the charges at 2:30 PM.

Tuesday’s raid is not the first time Householder has been entwined in a federal investigation. The FBI in 2004 launched a probe into Householder – then in his first tenure as House Speaker – after receiving an anonymous tip that he and his aides received kickbacks from various vendors and traded political favors in exchange for campaign contributions. That investigation ended in 2006 without any charges being filed.