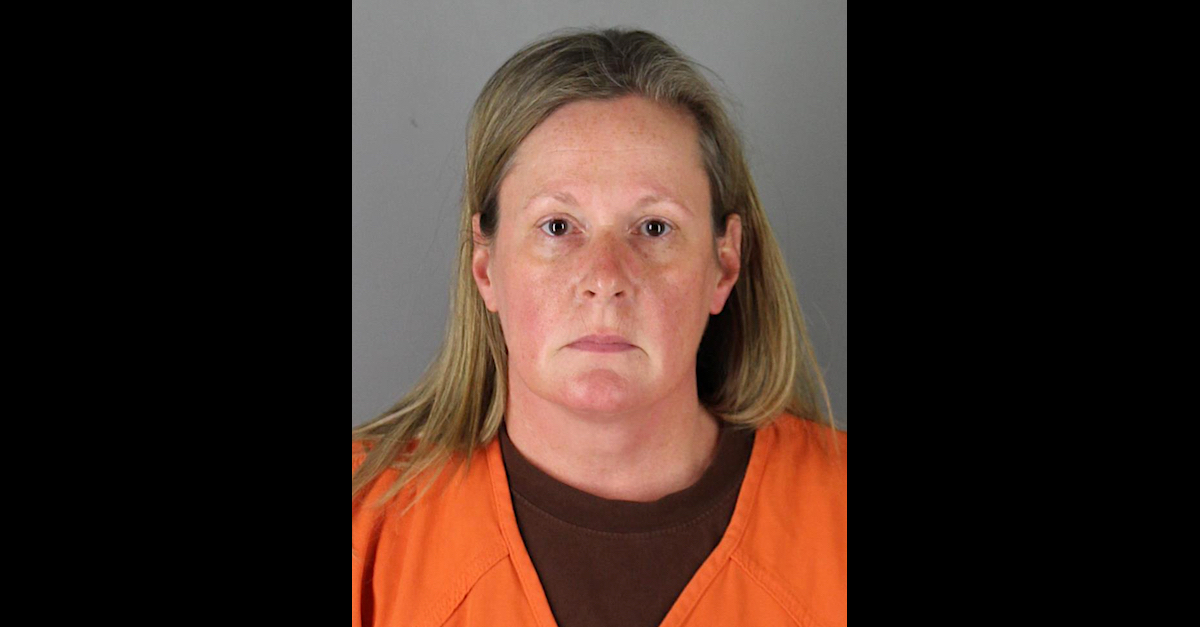 Former Brooklyn Park, Minn. Police Officer Kimberly Ann Potter, 48, is now behind bars at the Hennepin County Jail, according to records reviewed Wednesday by Law&Crime. She was booked into the facility at 12:07 p.m. Central Time.

Potter is accused of second-degree manslaughter in the shooting death of Daunte Wright, 20, during a traffic stop Sunday afternoon. During the stop, Potter drew her service weapon and fired. Wright, who was attempting to flee from custody, took off in a white sedan, crashed nearby, and subsequently died.

Potter had warned she was going to use a Taser on Wright but instead fired a bullet. She yelled “holy shit! I just shot him” as Wright sped away.

Law&Crime obtained Potter’s mugshot from her jailers at the Hennepin County Sheriff’s Office. She turned in her badge Tuesday and now bears a booking number: 4035001202. Jail records indicate she was arrested by the Minnesota Bureau of Criminal Apprehension. 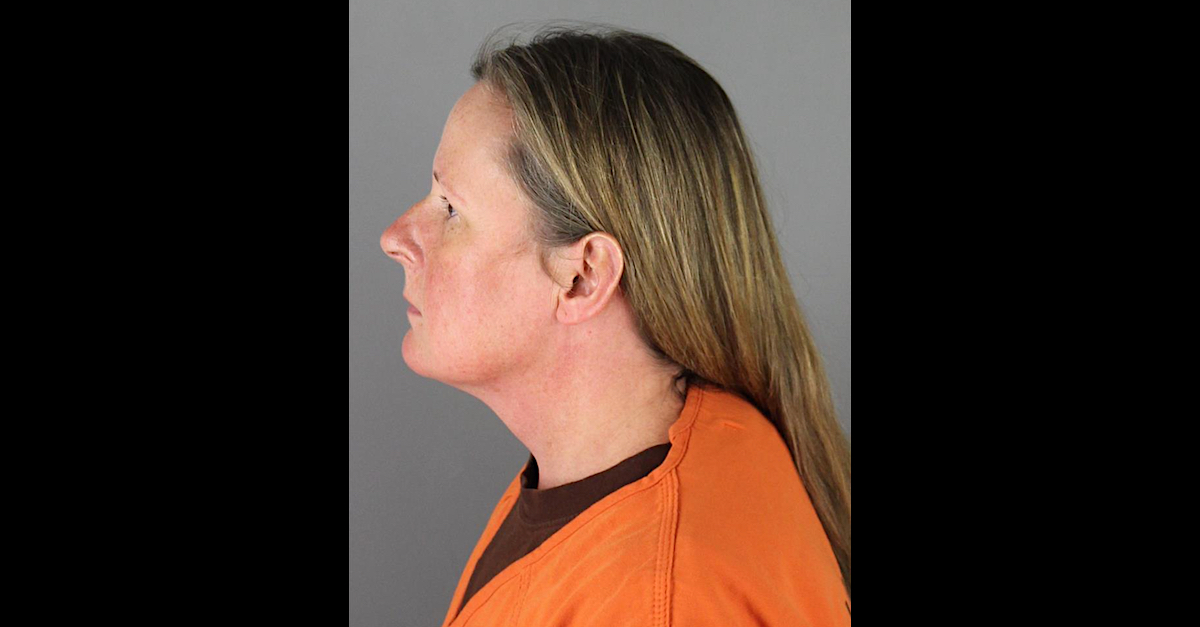 Since-resigned Brooklyn Center Police Chief Tim Gannon earlier this week characterized the shooting as an “accidental discharge” of a gun. He said Potter appeared to have made a mistake when she drew her gun, rather than her Taser, in an altercation with Wright which lasted only a few seconds. Gannon believed Wright didn’t realize she pulled the wrong weapon until after the gunshot rang out.

Potter’s body camera footage released Monday shows Potter drawing her weapon and threatening to pull the trigger for less than 10 seconds before Potter pulled the trigger and Wright drove away.

Law&Crime previously discussed the statute under which Potter is charged. That analysis is here.

UPDATE:  According to jail records, Potter posted a $100,000 bond and was released from jail Wednesday at 5:38 p.m. She is due in court Thursday afternoon. Charging documents in her case are discussed here.

[Editor’s note: this report, which began as breaking news, has been updated.]