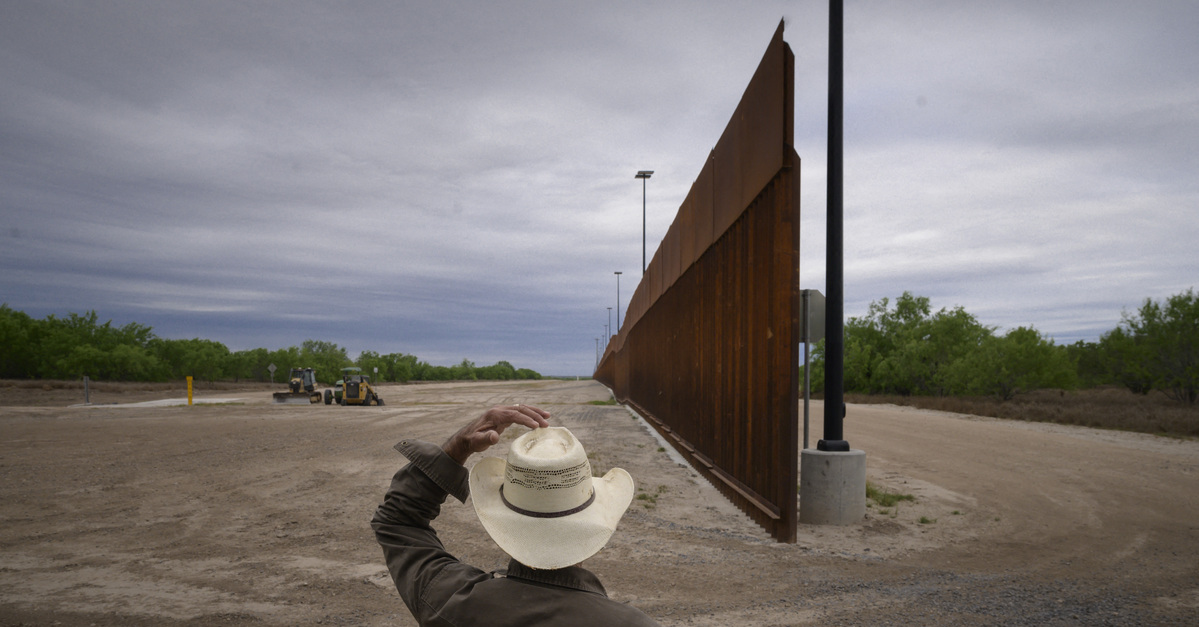 Despite a campaign promise last year to reverse course on his predecessor’s border wall, President Joe Biden’s administration has seized a Texas family’s land in service of completing Donald Trump’s barrier along the U.S.-Mexico border. Immigration advocates in the Lone Star State and beyond have denounced the move.

Some eight months after Biden ruled out such an action in an interview on National Public Radio, his administration seized the Cavazos family’s property on Tuesday.

“There will not be another foot of wall constructed in my administration,” candidate Biden told NPR’s Lula Garcia-Navarro on August 5, 2020, saying his administration would be focused on border protection using “high-tech capacity to deal with it.”

“What about the land confiscations?” Garcia-Navarro cut in.

“End it,” Biden said demonstratively over and over again. “End it. End. End. Stop. Done. Over. Not gonna do it. Withdraw the lawsuits. We’re out. We’re not gonna confiscate the land.”

A few weeks later, on August 27, 2020, the Trump administration filed a lawsuit to condemn 6.584 acres of the Cavazos family land in Hidalgo County, Texas. They wanted the land for the border wall.

The Cavazos family has been fighting against similar government actions for years. They opposed a George W. Bush effort to segment their property by organizing community members, refusing government agents access to their ancestral land and through the court system. The Cavazos family won a compromise. The government built that proposed section of the wall over a flood levee instead.

When the Trump administration came to power, the Cavazos family had to start that fight all over again–over a different parcel of land.

The government first made their plans known in 2018. They wanted to segment Fred Cavazos’s 77 acres more or less in half to build the wall, which would destroy his family’s livelihood because renters would no longer find the wall-scarred property worthwhile or accessible and his small herd of cattle would lose access to water.

So, the court fights began again. Fred Cavazos consulted with his cousin, Reynaldo “Rey” Anzaldua Cavazos, who had successfully beaten back the 43rd president’s wall-focused designs on the family’s ever-shrinking acreages in the Rio Grande Valley. Dozens of motions and counter-motions have been filed in the case.

In late January, the Biden administration formally took over the case. And the government still wanted that land condemned. The Cavazos family and their attorneys had hoped the 46th president would stand by his August 2020 words and stop fighting in court for Trump’s border wall. But Biden didn’t do that. The lawsuits were not withdrawn. The strain on the family continued. The case went on.

Citing the government’s need for “urgency of possession,” the district court held that the Biden administration “is entitled to immediate possession of the Subject Property.”

On Tuesday, April 14, 2021, the Biden administration took physical control of the Cavazos property.

“We are outraged,” the Texas Civil Rights Project, which is representing the family and others similarly situated in court, said via Twitter. “This outcome was avoidable had the administration simply dismissed the case outright.”

“DOJ must immediately reverse course and return all seized lands to the communities from where they came,” the group added. “It is false that [President Biden] has stopped the border wall. The fight against the wall in Texas is NOT OVER. 140 lawsuits are still active; the Cavazos are just one. Now this family is at the mercy of a government that is continuing the Trump-Biden border wall.”

Legal experts say the Biden administration is in no way bound by his predecessor’s efforts to construct the wall in cases such as the Cavazos family’s.

“It’s mid-April,” Aaron Reichlin-Melnick, policy counsel at the American Immigration Council, noted on Twitter. “I don’t care that Merrick Garland wasn’t confirmed until recently. All pending border wall cases should have immediately been put on hold and not left open for judges to follow through on requests made months earlier.”

The Department of Justice and the White House did not immediately respond to emails requesting comment.