DNI Warned a Year Ago That U.S. Was Vulnerable to Pandemic, ‘Large-Scale Outbreak’ 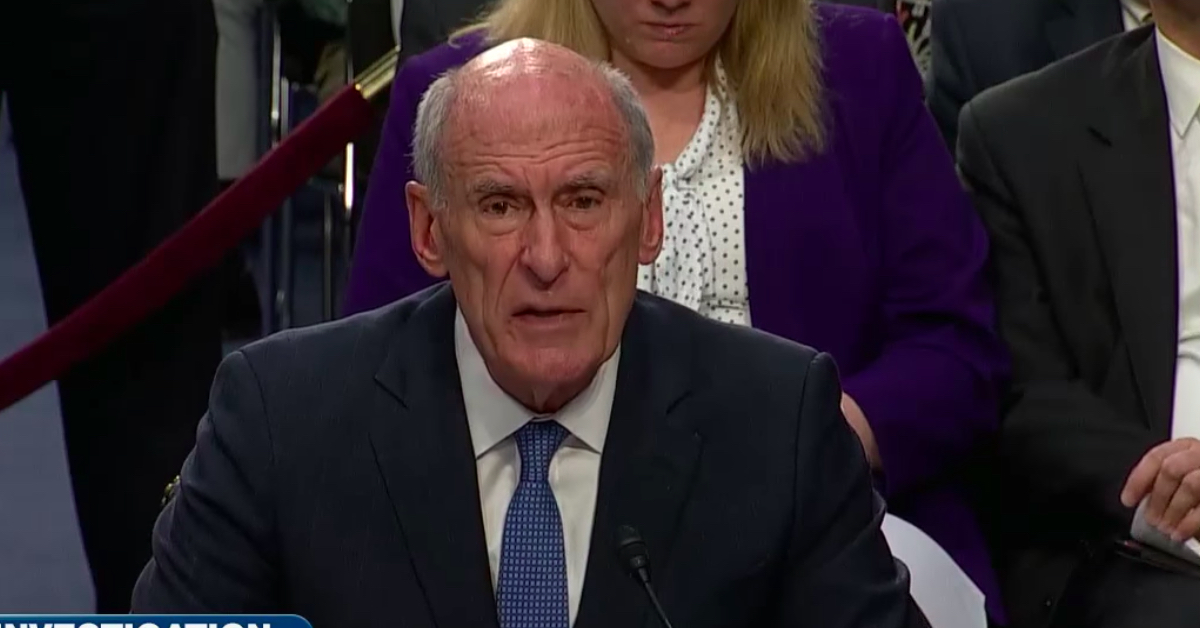 During the signing of the Coronavirus Preparedness and Response Supplemental Appropriations Act last week, President Donald Trump told reporters that the nation was “doing very well” in dealing with the COVID-19 virus, calling it an “unforeseen problem” that “came out of nowhere.” While the exact nature of a viral contagion cannot be exactly predicted, the U.S. Intelligence Community provided a Worldwide Threat Assessment last year explicitly warning that the country was “vulnerable” to a large-scale outbreak of a contagious disease.

Former DNI Dan Coats presented the 42-page Worldwide Threat Assessment to the Senate Intel Committee in January of 2019, saying it reflected the “collective insights” of the nation’s 16 intelligence agencies (Coats stepped down in July 2019).

“We assess that the United States and the world will remain vulnerable to the next flu pandemic or largescale outbreak of a contagious disease that could lead to massive rates of death and disability, severely affect the world economy, strain international resources, and increase calls on the United States for support,” the report stated on page 21.

“Although the international community has made tenuous improvements to global health security, these gains may be inadequate to address the challenge of what we anticipate will be more frequent outbreaks of infectious diseases because of rapid unplanned urbanization, prolonged humanitarian crises, human incursion into previously unsettled land, expansion of international travel and trade, and regional climate change.”

Scientists studying the new strain of coronavirus have concluded that the virus’s epidemiologic information “implicates a bat-origin virus infecting unidentified animal species sold in China’s live-animal markets,” according to the New England Journal of Medicine.

This, too, was included in the DNI Threat Assessment, which said that the “growing proximity of humans and animals has increased the risk of disease transmission.”

“The number of outbreaks has increased in part because pathogens originally found in animals have spread to human populations,” the report stated.

The DNI Threat Assessment was presented to Congress less than a year after the Trump administration dramatically downsized the Centers for Disease Control and Prevention’s (CDC) epidemic prevention activities abroad – which were aimed at stopping future outbreaks at their source.  China was among those countries where the CDC scaled back their efforts.

In October of 2019, the federal government also shut down a surveillance initiative that was dedicated to searching for dangerous animal viruses that could potentially infect humans. The Predict surveillance program, which was launched in response to the 2005 bird flu scare, was run by the United States Agency for International Development (USAID).

“The goal of Predict was to speed up and organize the previously haphazard hunt for zoonotic diseases — those that may jump from animals to humans. In recent years, scientists have discovered many lethal viruses lurking in wild and domestic animals,” the New York Times reported last year.

USAID’s former director Dennis Carroll told the Times last year that while the Bush and Obama administrations were “enormously supportive” of the program, “things got complicated in the last two years, and by January [of 2019], Predict was essentially collapsed into hibernation.”