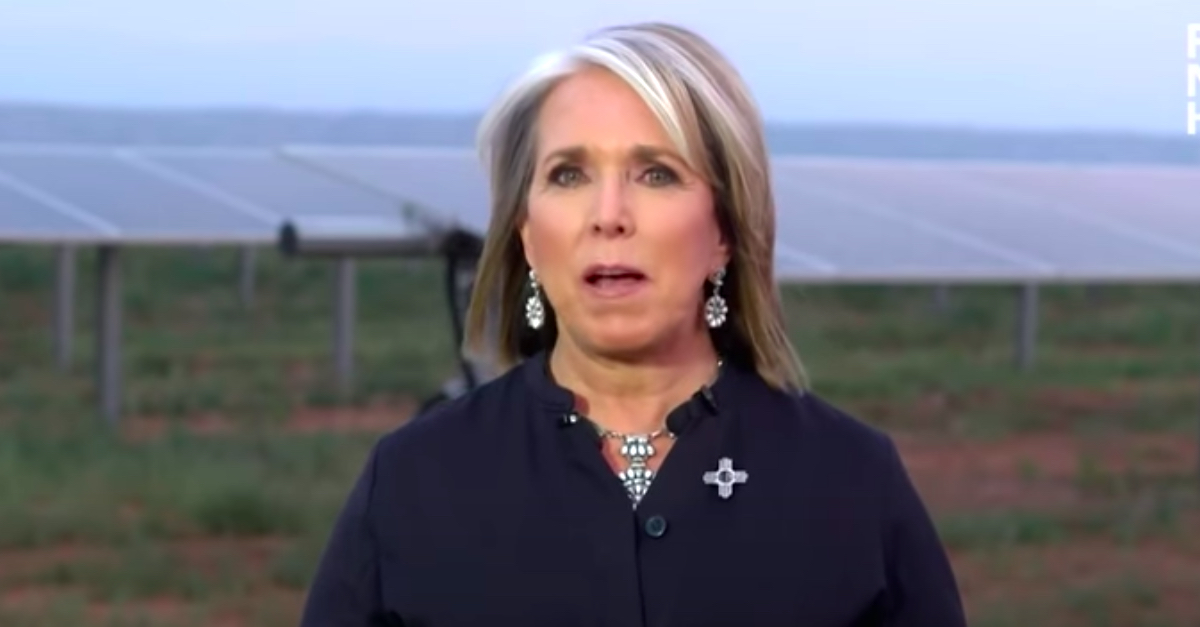 The gubernatorial campaign of New Mexico Gov. Michelle Lujan Grisham has reached a settlement with a former staffer who in 2019 accused the first-term Democrat of engaging in unwanted sexual behavior during a staff meeting the previous year, the Albuquerque Journal reported Tuesday afternoon.

According to the report, which was based on a campaign finance report filed by Lujan Grisham’s campaign late Monday, an attorney representing former campaign spokesman James Hallinan has received five monthly payments of $12,500. The payments, which are listed in the campaign’s report as “legal expenses,” began in November 2020 and have continued through March of 2021 for a total of $62,500. It’s currently unclear when the payments will stop, and the final terms of the settlement agreement remain unknown.

Hallinan in December 2019 told the Albuquerque Journal that after Lujan Grisham “took issue” with a slew of suggestions he proposed for the campaign, she dumped a bottle of water on his crotch then grabbed his crotch over his pants. He further alleged that she laughed throughout the entire encounter.  The incident allegedly occurred in 2018.  Hallinan didn’t report it until 2019, the report indicates.

Following the incident — which allegedly took place in the presence of other staffers — Hallinan claimed he was pressured not to report the incident by Senior Advisor to the Governor Dominic Gabello, who at the time was employed as Lujan Grisham’s campaign manager.

He first made the accusations public with a Christmas morning tweet.

“A governor [Lujan Grisham] is not above the law for her sexual and physical abuse of employees including (me!!!),” Hallinan wrote. “I’ll talk more when I return to the country.”

A governor @GovMLG is not above the law for her sexual and physical abuse of employees including (me!!!) I’ll talk more when I return to the country. @dominicgabello @vicrreyes @debarm @KOB4 @krqe @foxnewsalert @koat7news @newsguy44 #liar #predator pic.twitter.com/l9erfWsPb2

Jared Leopold, a campaign spokesman for Lujan Grisham, provided the Albuquerque Journal with a written statement saying the money was being used to resolve “numerous dubious and disputed potential claims made by Mr. Hallinan arising from his employment in 2018 with the campaign organization and his subsequent search for employment.”

Leopold added that the campaign, the governor, and Gabello all “strenuously deny that there is any merit or truth to Mr. Hallinan’s claims, including his claims about difficulty finding or keeping work after the campaign.”

“They reached a settlement in order to avoid the continuing distraction and significant expense of possible litigation and allow them to concentrate on working for the people of New Mexico during this pandemic,” he said.

Hallinan’s attorney, Rachel Berlin Benjamin, is currently employed at the Atlanta-based law firm Buckley Beal (which received the payments from the campaign). She similarly told the newspaper that the two sides had “resolved any differences or issues to their satisfaction.”