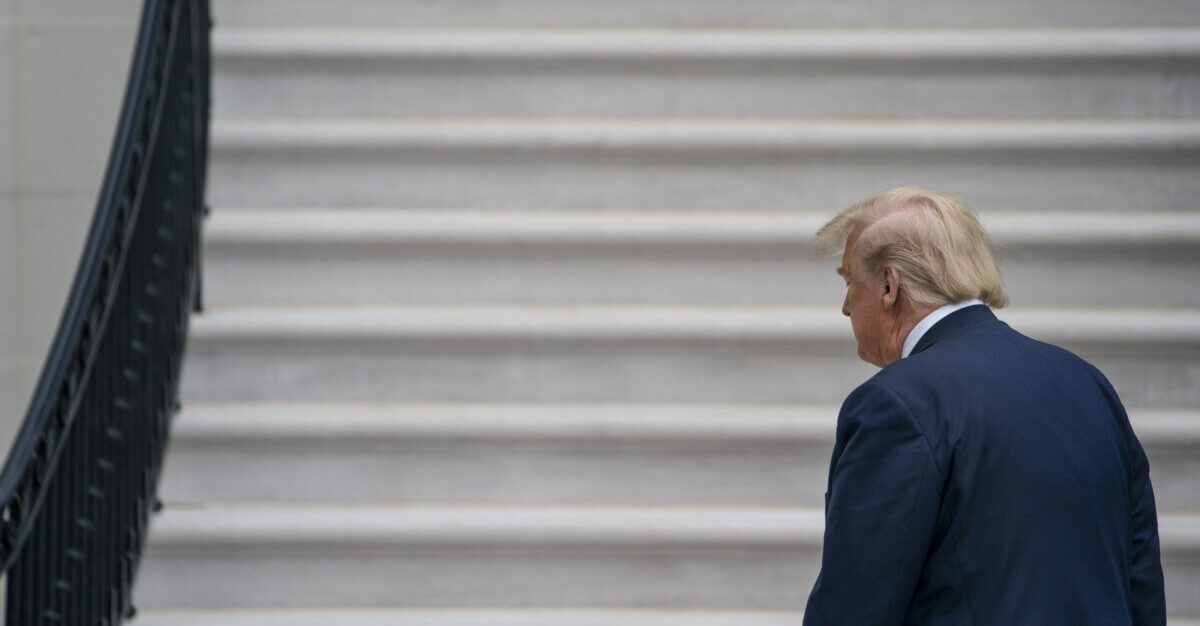 Following a federal appellate court’s decision which resulted in the reinstatement of a lawsuit claiming President Donald Trump was in violation of the Emoluments Clause of the U.S. Constitution by accepting money from foreign governments and their officials through his Washington, D.C. hotel, attorneys from the Department of Justice on Thursday said they planned to bring the case to the U.S. Supreme Court. The promise to engage the High Court comes just two days after justices heard oral arguments in a slate of cases concerning whether Trump can block subpoenas to financial institutions for his tax returns.

The full panel of judges on the Fourth Circuit Court of Appeals voted 9-6 to allow the lawsuit – brought by the attorneys general of Maryland and D.C. – to proceed with discovery.

Previously, a three-judge panel on the Court, all of whom were appointed by Republican presidents, unanimously voted to dismiss the emoluments claims. That panel reasoned that the attorneys general did not have standing to file the legal challenge.

The full panel decision, written by U.S. Circuit Judge Diana Gribbon Motz, an appointee of President Bill Clinton, did not rule on the merits of the emoluments case involving the president’s hotel. Rather, the majority reasoned that the three-judge panel had erred by taking the case in the first place, as the district judge had not yet issued a ruling. Therefore, the majority said, Trump was not entitled to have the appellate court hear his appeal. The en banc decision returned the case to the lower district court for fuller proceedings.

In a statement issued after the ruling, Brianna Herlihy, a spokesperson for the Justice Department, said that the government planned to appeal the case up to the Supreme Court for review.

“We are disappointed in the Fourth Circuit’s ruling. As the six dissenting judges noted, this unprecedented suit seeking to enforce the Emoluments Clauses against the President of the United States should have been dismissed, and the court of appeals erred by not even considering the merits of the President’s defenses,” Herlihy said.

The president’s personal attorney, Jay Sekulow, also confirmed that he planned to request intervention from the Supreme Court, echoing one of the arguments he used Tuesday when he argued that attempts to subpoena the president’s tax returns were “presidential harassment.”

“We disagree with the decision of the Fourth Circuit. This case is another example of Presidential harassment. We will be seeking review at the Supreme Court,” Sekulow said.