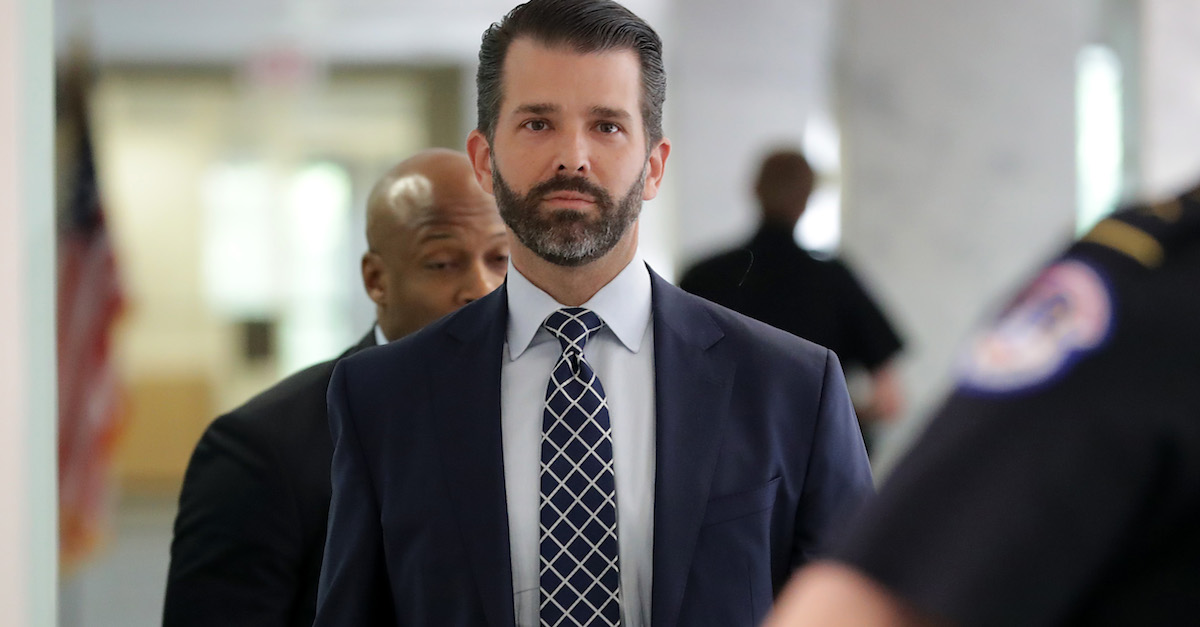 The Washington, D.C. Attorney General’s office would like a word with Donald Trump Jr. over an allegedly unlawful misuse of presidential inauguration committee funds.

According to a non-public notice to sit for a sworn deposition in an ongoing civil lawsuit, the 45th president’s eldest son has some explaining to do under oath, a spokesperson for the D.C. Attorney General’s office told Law&Crime.

Originally filed in January 2020 by D.C. Attorney General Karl Racine, that lawsuit initially alleged the inaugural committee “improperly paid more than $1 million” to the Trump Organization “for use of event space at the Trump Hotel” in Washington, D.C. during President Donald Trump‘s 2017 inauguration.

Two recent filings have added new dimensions — and an additional charge — to that lawsuit.

“This amended complaint adds an additional count against Defendants 58th Presidential inaugural Committee (PIC) and the Trump Organization for violating the District’s statutory and Common law,” a Monday filing by D.C. Assistant Attorney General Leonor Miranda says. “Discovery in this case has confirmed that the PIC improperly paid almost $50,000 for hotel rooms reserved by the Trump Organization. This new instance of improper spending of nonprofit funds is the focus of an additional count in the District’s First Amended Complaint.”

The new charge is unrelated to the use of Trump Hotel event space; rather, it concerns the Trump Organization allegedly acting on behalf of the younger Trump and one of his associates.

“The [Presidential inaugural Committee] was not a party to this contract,” the filing continues.

The two new documents are styled as: (1) a motion for leave to amend the original complaint; and (2) a proposed order containing the new complaint and allegation. 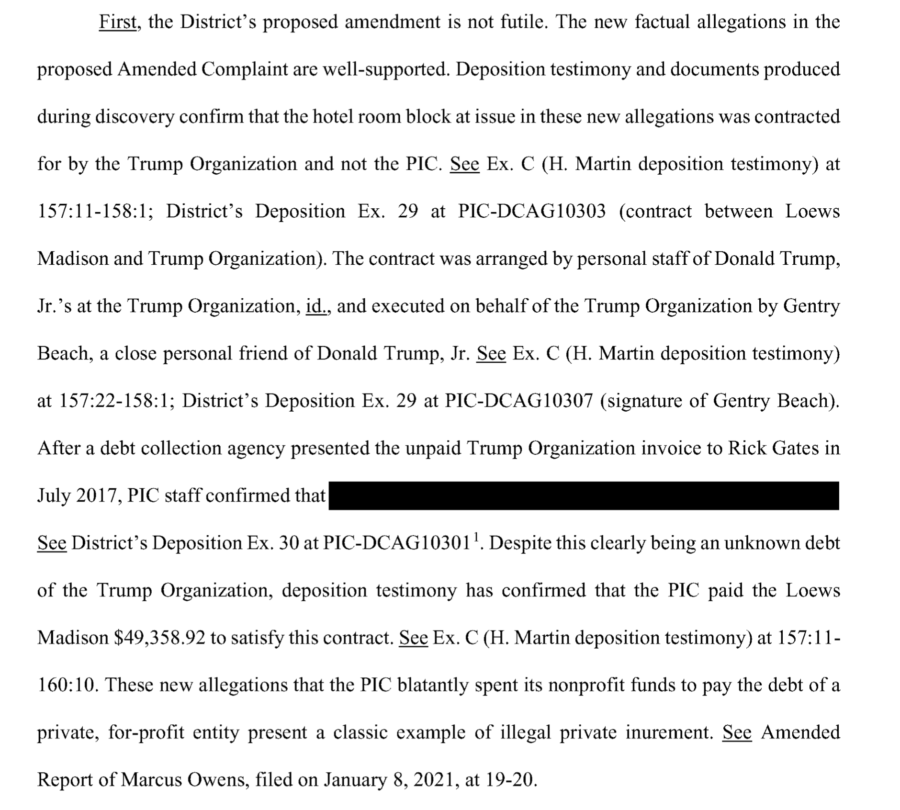 According to the D.C. Attorney General’s office, Trump Jr. and his friend secured their own block of party space for the family business. A bill was issued to the Trump Organization for nearly $50,000. That bill apparently went into arrears and then into collections. After that, Gates “forwarded the unpaid invoice to individuals working to wind up the [inaugural committee’s] financial affairs,” the proposed amended complaint notes.

“Although no one in the PIC knew of the existence of the Loews Madison contract prior to July 2017, the PIC paid the invoice on behalf of the Trump Organization in the amount of $49,358.92,” the filing goes on to note.

The payment itself was confirmed by the inaugural committee’s budget director Heather Martin in an October 2020 deposition which is included as an exhibit in the filings.

“I don’t recall what was going on at that time,” Martin said. “I just remember the invoice and we eventually paid it.”

Again, from the would-be amended complaint:

Specifically, D.C. is accusing the defendants of improperly using funds in violation of the District’s nonprofit laws. They are seeking equitable relief in the form of a constructive trust to recoup those allegedly misappropriated funds.

The deposition notice delivered to Donald Trump Jr. was originally reported by the Washington Post.