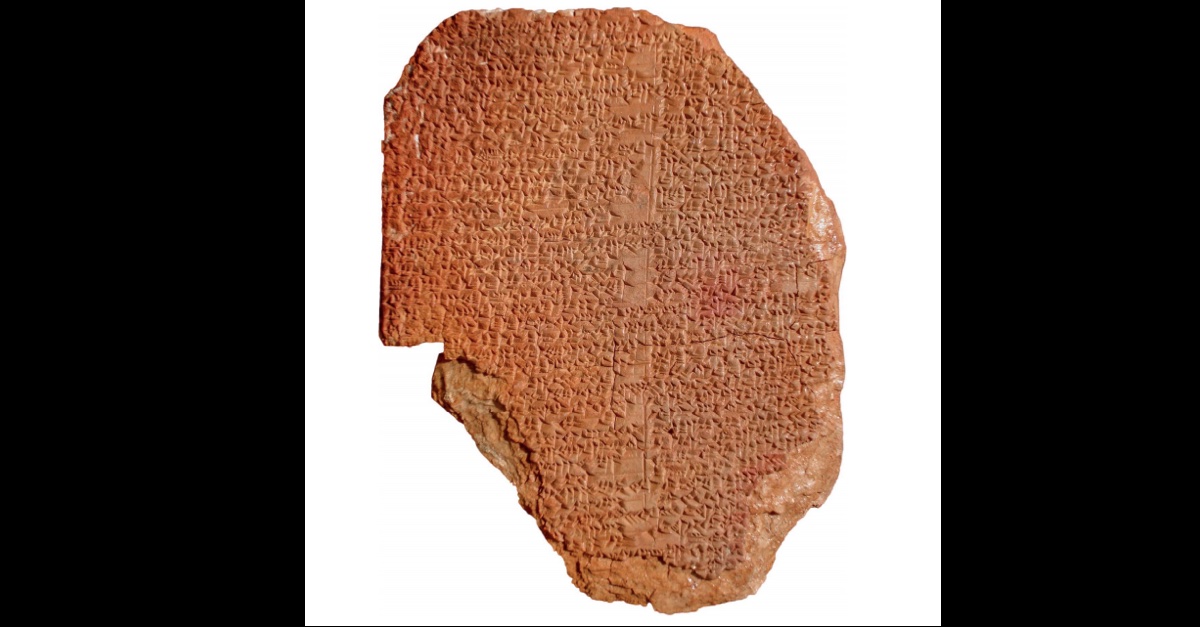 The federal government has seized an ancient tablet with origins in Iraq that had been smuggled into the U.S. and ultimately purchased by Christian retail giant Hobby Lobby, the Justice Department announced on Tuesday.

The U.S. District Court for the Eastern District of New York on Tuesday ordered the forfeiture of a tablet that is part of the Epic of Gilgamesh, a Sumerian epic poem written in cuneiform, one of the oldest known forms of writing. The poem is considered one of the world’s oldest works of epic literature.

“Forfeiture of the Gilgamesh Dream Tablet demonstrates the Department’s continued commitment to eliminating smuggled cultural property from the U.S. art market,” Assistant Attorney General Kenneth A. Polite Jr. said in a statement Tuesday. “Thwarting trade in smuggled goods by seizing and forfeiting an ancient artifact shows the department’s dedication to using all available tools, including forfeiture, to ensure justice.”

According to the DOJ, the ultimate goal is to return the tablet to Iraq.

“This forfeiture represents an important milestone on the path to returning this rare and ancient masterpiece of world literature to its country of origin,” Acting U.S. Attorney Jacquelyn M. Kasulis said in the statement. “This office is committed to combating the black-market sale of cultural property and the smuggling of looted artifacts.”

The DOJ filed a complaint in 2020 seeking to recover the tablet from Hobby Lobby, which had displayed the item at its Museum of the Bible in Washington D.C.

The tablet, which measures approximately 6 inches by 5 inches, is written in the Akkadian language, according to the DOJ. It is known as the “Gilgamesh Dream Tablet” because it contains a portion of the Gilgamesh epic in which the protagonist describes his dreams to his mother, who interprets the dreams as “foretelling the arrival of a new friend.”

The tablet’s journey to Hobby Lobby took years, starting in 2003, when a U.S. antiquities dealer purchased it from the family member of a London coin dealer, the DOJ alleges. The dealer and a U.S. cuneiform expert shipped the tablet to the U.S. without properly declaring the contents, as required by law.

At the time of purchase, the tablet was “encrusted with dirt and unreadable,” the DOJ said, but once it was cleaned, “experts in cuneiform recognized it as bearing a portion of the Gilgamesh epic.”

In 2007, the antiquities dealer sold the table “with a false provenance letter stating that the tablet had been inside a box of miscellaneous ancient bronze fragments purchased in a 1981 auction.” This false letter, the DOJ said, stayed with the tablet as it was sold several times in different countries.

In 2014, the Auction House in London sold the tablet to Hobby Lobby in a private sale, and an Auction House employee brought it to New York on a flight from London to the U.S.

Hobby Lobby ultimately consented to the tablet’s forfeiture “based on the tablet’s illegal importations into the United States in 2003 and 2014,” the DOJ said.

“Cuneiform tablets have been the subject of substantial looting in Iraq,” the DOJ said in its 2020 complaint about the tablet. “Hundreds of thousands of objects are estimated to have been looted from archaeological sites throughout Iraq since the early 1990s. Cuneiform tablets comprise one of the most popular types of looted artifacts on the antiquities market.”

Indeed, thousands of these artifacts appear to have ultimately ended up with Hobby Lobby. In 2017, Hobby Lobby agreed to pay a $3 million federal fine and forfeit thousands of ancient Iraqi artifacts that had been smuggled from the Middle East. Prosecutors at the time said that the acquisition of the artifacts “was fraught with red flags.”

Hobby Lobby filed a lawsuit in June against an Oxford professor the company accuses of selling stolen artifacts.