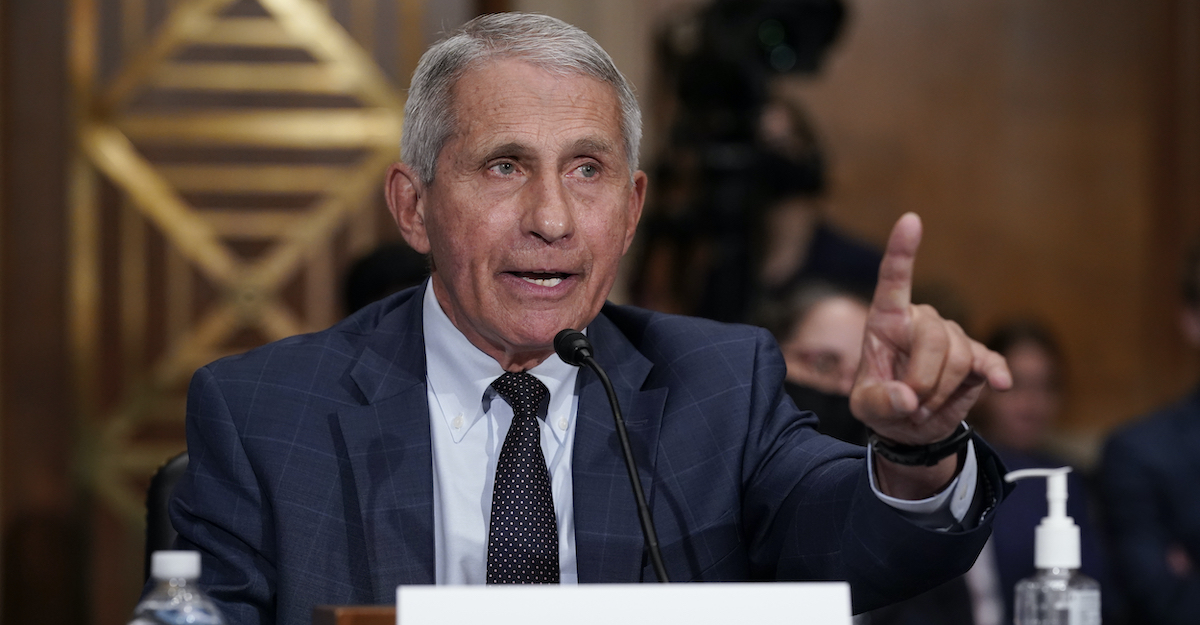 Three days after this past Christmas, global coronavirus infections rose above 81 million and the U.S. tally rose above 19 million. Dr. Anthony Fauci warned the country of a post-holiday surge. Not everyone appreciated the words of caution and Fauci’s persistent efforts to protect the nation from the deadly pandemic.

That day, on Dec. 28, 2020, a user associated with the email account [email protected] sent a missive to Fauci with the subject line: “Hope you get a bullet in your compromised satanic skull today.”

Though Fauci had spoken publicly before about receiving death threats, the details of the ghastly communications the top infectious disease expert found in his inbox became public for the first time on Tuesday.

Federal prosecutors identified the sender as 56-year-old Maryland man Thomas Patrick Connally, Jr., who was charged under seal on Monday.

“Every time I see your sickening elf visage I literally get sick,” the Dec. 28th message to Fauci declared. “You are a lying sack of shit, all the way back to your bullshit HIV scam. You are a sickening, compromised, satanic freemason criminal, and I hope you get a rope around your vile elf neck, and a bullet in your disgusting elf face tonight. Hope someone takes a baseball bat to your dirty lying elf skull and puts your [sic] out of your misery, you sickening vile piece of criminal DOG SHIT.” 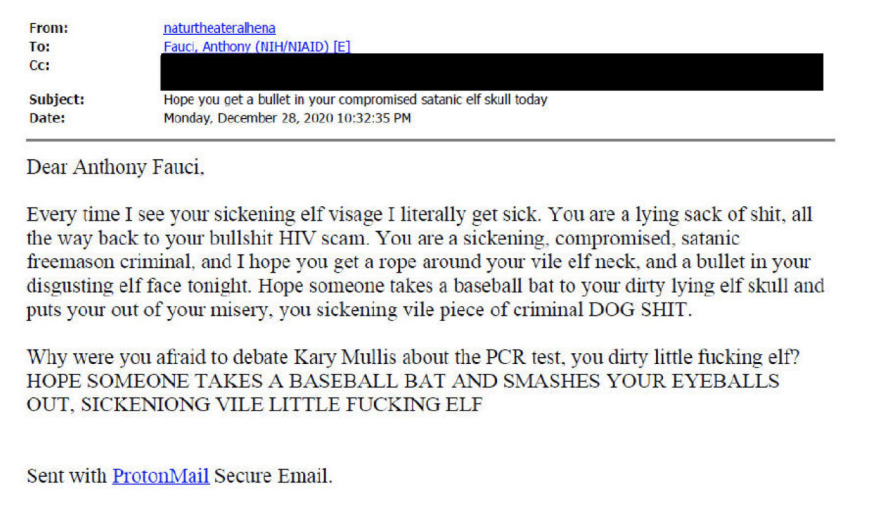 Proton Mail is a Swiss-based encrypted email service that only sends messages securely if both the sender and recipient have accounts on its system.

“You and your disgusting wife and daughters are getting 6 mandatory shots to their disgusting pig snouts while you watch,” another message said.  “You and your entire family will be dragged into the street, beaten to death, and set on fire.”

Half a dozen messages like it allegedly followed, taunting Fauci as an “elf,” telling him that he and his family would be “lynched,” and flinging homophobic and antisemitic slurs at him like “k***” and “f****t,” according to court papers.

A Catholic-raised humanist, Fauci is the Brooklyn-born grandson of Italian immigrants, who has been married to nurse and bioethicist Christine Grady. The ill-suited slurs hurled at him are uncensored in the FBI’s affidavit. The messages twice call Fauci a “freemason.”

Prosecutors claim that Connally sent similar messages to Collins, whose received emails are also embedded in the affidavit.

On Dec. 12, Collins was interviewed by the Washington Post on a number of topics, including resistance to the vaccine by white evangelicals.

Months later, on April 24, Connally sent Collins a message bearing the subject line: “‘white evangelicals’ are going to smash your wife’s teeth out with baseball bats.”

Throughout the tirades to Fauci and Collins, the sender appeared to obsess over the idea of “mandatory” vaccines, even though the federal government never proposed such a policy.

The FBI says that authorities connected Connally to the emails by tying it to an Instagram account of the same name: “Naturtheater Alhena.” That social media account was created from an IP address associated with a property Connolly owned last year, authorities say.

According to court papers, the rental extension associated with that property listed Connolly’s phone number and separate Mail.com account, which in turn was used to communicate with the Proton Mail account.

A search for the Proton Mail address suggests the threats from it may have been prolific. 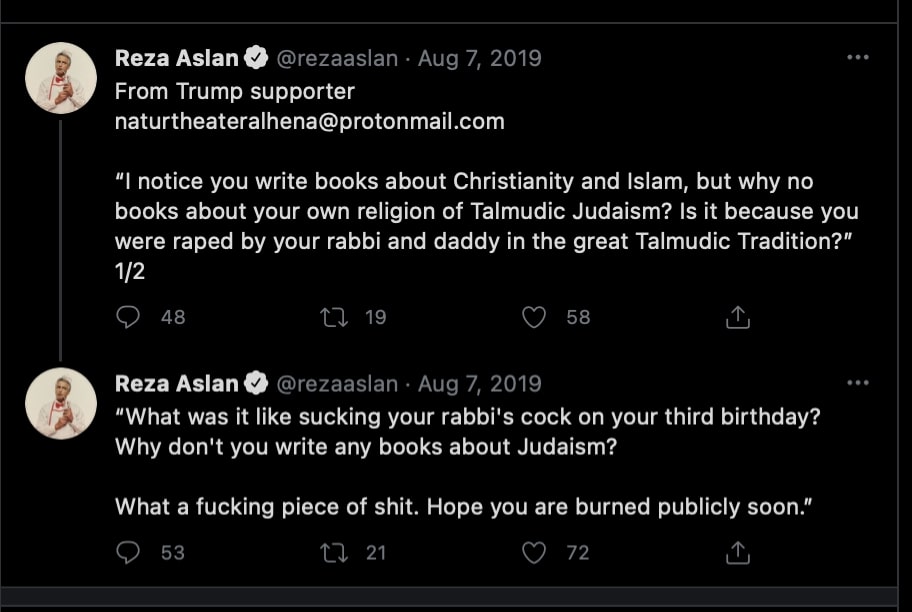 Judaism is the only of the three Abrahamic faiths Aslan did not espouse. Aslan, who converted to evangelical Christianity from Shia Islam in his youth, became a Muslim again as an adult.

Connally faces two counts of threats against a federal official and sending an interstate communication containing a threat to harm. He will have his initial appearance in federal court on Wednesday, prosecutors say.