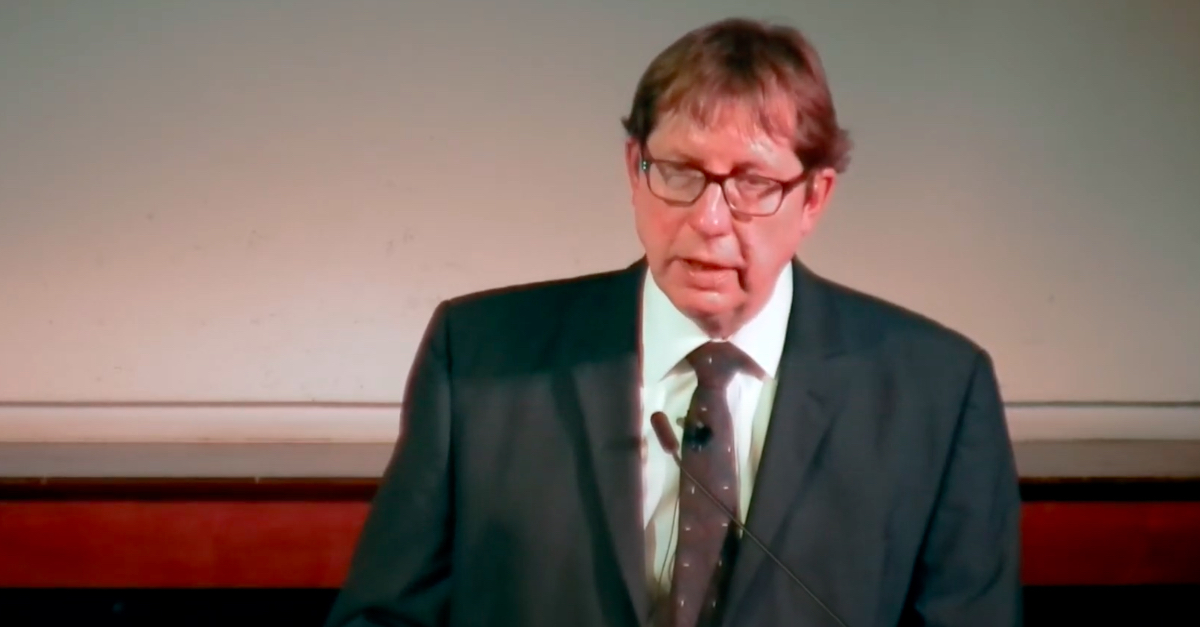 Hobby Lobby, a Christian-owned arts and crafts chain known for winning a landmark Supreme Court case over the Affordable Care Act’s contraception mandate, is back in federal court, filing a lawsuit to recoup more than $7 million from an Oxford professor who allegedly sold the retail craft chain stolen artifacts for its planned Museum of the Bible in Washington, D.C.

According to the suit, filed Wednesday in the U.S. District Court for the Eastern District of New York, associate professor of papyrology and Greek literature Dr. Dirk Obbink fraudulently sold Hobby Lobby ancient papyri fragments that turned out to be stolen from the Egyptian Exploration Society (EES). The allegedly stolen papyri fragments were purchased in seven private sale agreements between 2010 and 2013.

The 64-year-old MacArthur grant winner was arrested last year for the alleged theft of up to 120 pieces of ancient papyrus from the Sackler Classics Library in Oxford.

The retailer now wants a full refund for the approximately $7,095,100 paid to Obbink for the fragments and other various items, claiming the entire collection is no longer of any value.

“Obbink, prior to the Purchases, also knowingly made misrepresentations to Hobby Lobby that amount to both a breach of express warranty and fraud concerning the Fragments’ provenance (i.e., its history of ownership and chain of title),” the suit stated. “The fact that some unknown number of the Fragments were stolen renders all the Fragments unsalable and worthless to Hobby Lobby, which stands to lose both the Fragments and the entire value of the Purchase Price it paid to Obbink.”

The seventh and highest-priced purchase at over $1.8 million was said to contain “four (4) papyrus pieces of New Testament Gospels,” which Hobby Lobby claimed were never delivered. Obbink claimed the Gospel fragments were in fact owned by EES and “mistakenly” sold to the company. He agreed to refund $760,000 for the Gospels, but Hobby Lobby said it only received one $10,000 payment in September 2019.

Per the lawsuit, Hobby Lobby learned of Obbink’s alleged theft when representatives from the EES began investigating the professor’s sales to the retail chain. After providing EES with copies of the purchase agreements and images of the items, “the EES representatives concluded that the Gospel Fragments had been stolen from the EES by Obbink and sold to Hobby Lobby.”

Attempts to reach Professor Obbink were unsuccessful, but in an interview with the Waco Tribune-Herald in 2019 he denied any wrongdoing.

“The allegations made against me that I have stolen, removed or sold items owned by the Egyptian Exploration Society collection at the University of Oxford are entirely false,” Obbink told the outlet. “I would never betray the trust of my colleagues and the values which I have sought to protect and uphold throughout my academic career in the way that has been alleged.”

He additionally alleged that he was the victim of a malicious plot to damage him.

“I am aware that there are documents being used against me which I believe have been fabricated in a malicious attempt to harm my reputation and career. I am working with my legal team in this regard,” he said.

Hobby Lobby in 2017 consented to pay a $3 million federal fine and forfeit thousands of ancient Iraqi artifacts smuggled from the Middle East after the government said the pieces were intentionally mislabeled.