U.S. Government Sells 'Once Upon a Time in Shaolin' 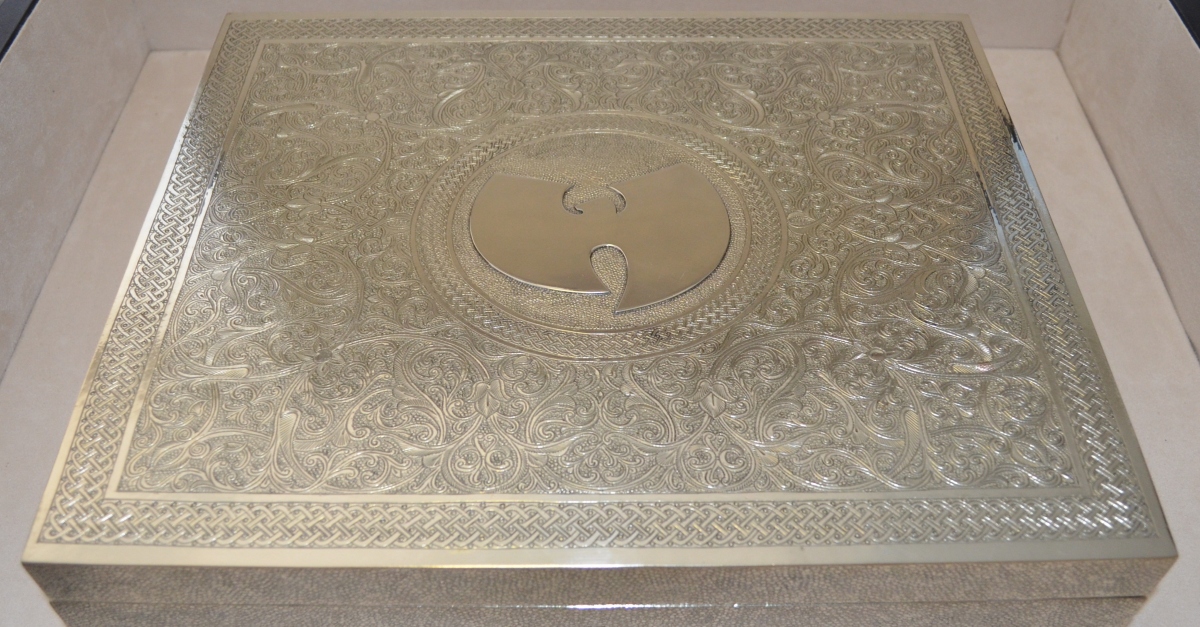 Once Upon a Time in Shaolin

The third single from their debut album, Wu Tang Clan’s track “C.R.E.A.M.” was a shorthand for “Cash rules everything around me.”

Illustrating that proposition on Tuesday, the U.S. government announced the sale of the sole copy of the hip-hop group’s bespoke album “Once Upon a Time in Shaolin,” a secretly recorded and ornately designed album once owned by none other than convicted fraudster and disgraced “pharma bro” CEO Martin Shkreli.

Satisfying a $7.4 million forfeiture order that came with Shkreli’s conviction, the album has been sold for an undisclosed priced to an unidentified buyer, the U.S. government announced on Tuesday.

The album was described as a substitute asset for the money.

“Through the diligent and persistent efforts of this Office and its law enforcement partners, Shkreli has been held accountable and paid the price for lying and stealing from investors to enrich himself,” Acting U.S. Attorney Jacquelyn M. Kasulis of the Eastern District of New York wrote in a statement. “With today’s sale of this one-of-a-kind album, his payment of the forfeiture is now complete.”

Shkreli was sentenced in 2018 to seven years in prison for defrauding hedge fund investors, in what prosecutors called a “Ponzi-like” scheme. He had already built a reputation for astronomically hiking the price of Daraprim, which is usually used to treat pregnant women and those battling AIDS-related complications, such a dangerous toxoplasmosis parasite that affects immune-compromised people. A prolific social media troll, Shkreli smirked his way through his congressional testimony and called members of Congress “imbeciles.” He also offered money for someone to grab hair off former Secretary of State Hillary Clinton‘s head, a stunt that led to the revocation of Shkreli’s bail. Even his own attorney Benjamin Brafman quipped that he wanted to punch Shkreli in the face. Such behavior continued after conviction, authorities said.

State and federal regulators claim that Shkreli used a contraband phone behind bars for business dealings with the company continuing to hike prices of Daraprim, the original scandal that won him public notoriety.

The Wu-Tang Clan itself bristled at Shkreli’s fandom. After the elder statesmen of rap made the unique “Once Upon a Time in Shaolin,” Shkreli bought it in 2016 for $2 million. In a statement announcing the sale in 2015, the group said the buyer could not “commercialize” it until 2103, though it would be given away for free.

“You’re a real killer,” Killah said in a video addressing Shkreli, critical of the decision to hike Daraprim prices. “But you’re a soft killer.”