Cop Accused in Rayshard Brooks Killing Tries to Get Out of Jail Due to Prosecutor’s Dubious ‘Facts’: Documents 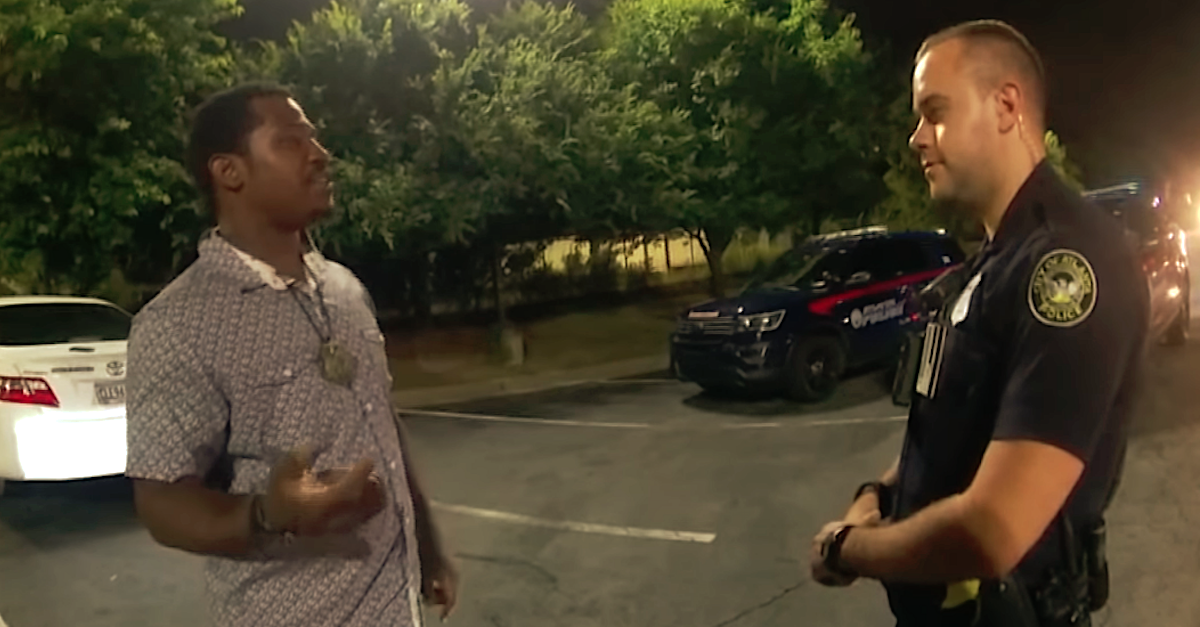 An emergency bond motion filed over the weekend by attorneys for the former Atlanta police officer accused of shooting and killing Rayshard Brooks took a swipe at the way Fulton County, Ga. District Attorney Paul Howard has thus far handled the case.

The motion says Garrett Rolfe is being held without having a bond amount set, and it names a litany of reasons why Rolfe’s attorneys believe he should not be locked up.  Among those reasons is D.A. Howard’s claim that fellow officer Devin Brosnan was poised to testify against Rolfe — a claim Brosnan’s attorney subsequently debunked.

“The warrants were sworn by a member of the Fulton County District Attorney’s Office at the direction of Paul Howard,” the bond motion says. “While it is unknown what information was given to the Superior Court Judge, if the investigator swore to the ‘facts’ stated by Paul Howard during his press conference, such as Mr. Brooks was only ‘slightly impaired;’ that the proper standard to determine whether Officer Rolfe was justified in using deadly force is anything other than OCGA §17-4-20 and OCGA §16-3-21; and/or that Officer Brosnan decided to testify against Officer Rolfe, then clearly the Superior Court Judge who issued the warrants did not have accurate information when determining whether there was probable cause for an arrest.”

The document thus cues up a likely legal fight over the sufficiency of the warrants used to demand Rolfe turn himself in or otherwise face arrest.

Read it: Here’s the Emergency Motion for bond filed by attorneys for Garrett Rolfe in the #RayshardBrooks case pic.twitter.com/4oM8oN1Nut

Embarrassingly, the document also says Rolfe has been an Atlanta police officer since 1993, which is impossible, since reports say he’s 27 years old.

The motion is signed by Rolfe attorneys Noah H. Pines and William H. Thomas, Jr. One of Rolfe’s other attorneys, Lance LoRusso, told ABC News on Monday that the charges against Rolfe were shockingly swift and therefore problematic.

“Typically,” LoRusso told ABC, the Georgia Bureau of Investigation, which took over this case, “return[s] those results in 60 to 90 days, and for some reason Mr. Howard, who is under investigation by the GBI, decided that he wasn’t going to wait for their investigation.”

The GBI confirmed that it had not been consulted by Howard before he filed the charges.

“I think it is absolutely inappropriate and should concern everyone that an independent agency was brought out to do this investigation and that investigation was basically usurped, possibly interfered with,” LoRusso said. “No investigation that short can ever have any type of credibility.”

Jail records reviewed by Law&Crime indicate that Rolfe remains incarcerated by the Fulton County Sheriff as of the time of this writing.