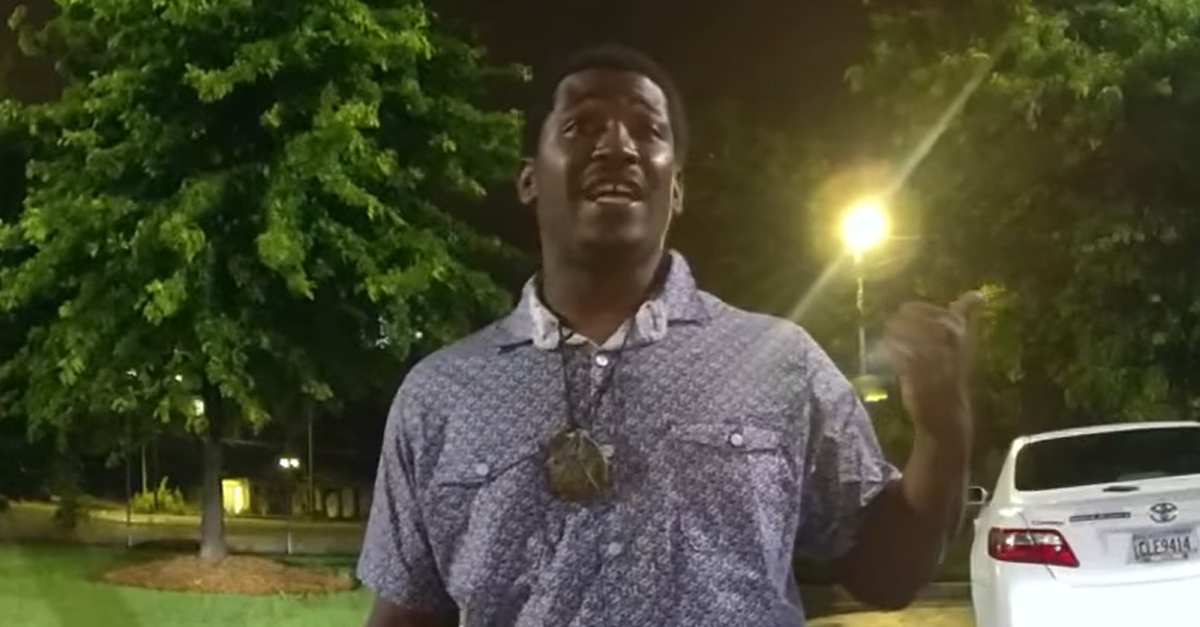 The Fulton County District Attorney’s Office has reached a decision on whether to charge police in the shooting death of 27-year-old Rayshard Brooks in Georgia.

Devin Brosnan admitted to standing on the dying victim’s shoulders, and was charged with aggravated assault, said the prosecutor. He will serve as state’s witness, said Howard.

In a press conference announcing the charges, the district attorney said Brooks was calm, cordial, and displayed a cooperative nature when speaking to police. Even though he was “slightly impaired,” he was almost jovial, said the prosecutor.

The victim was asked many questions, and for those initial 41 minutes and 17 seconds, he followed every instruction. According to the district attorney, Brooks never presented himself as a threat, and that police even took him at his word when he said a bulge in his pants was a number of dollar bills.

Howard said that contrary to the Atlanta Police Department policy, officers didn’t tell Brooks he was under arrest for a DUI. Rolfe grabbed him from behind, said the prosecutor.

Brosnan told investigators that he was surprised this incident escalated to an arrest, said Howard.

The district attorney said that under policy, Atlanta police officers had to provide timely medical attention, but no medical attention was applied to Brooks for two minutes and twelve seconds. From witnesses and tape of the incident, Rolfe actually kicked Brooks while the victim laid on the ground, said Howard. Brosnan stood on Brooks’ shoulders, he said.

From the way officers acted, they didn’t showed any fear, and their actions really reflected other kinds of emotions, argued Howard.

As previously reported, officers responded last Friday to a Wendy’s in Atlanta. The call was for a man who had fallen asleep in his car at the drive-thru. Officers questioned Brooks and attempt to arrest him after a breathalyzer returned a .108. Brooks resisted arrest, took an officer’s Taser and fired it as he fled. From the Georgia Bureau of Investigation, which investigated the incident:

Howard on Wednesday said the Taser that Brooks grabbed presented no danger to police. There’s evidence Rolfe knew it had already been fired twice before the fatal shooting, and that once it had been fired twice, it presented no danger to him or anyone else, said the prosecutor. The defendant shot the fleeing Brooks in the back. Under Atlanta police policy, an officer can’t even fire a Taser at someone who is running away, and accordingly, authorities can’t even fire a gun, said the district attorney.

The June 12 shooting immediately led to a high-profile firing and resignation at the Atlanta Police Department.

Rolfe, the officer who opened fire, was terminated from the job. Brosnan, the other officer at the scene, was put on administrative leave. Chief Erika Shields, who was not at the scene, submitted her resignation.

“I have faith in the Mayor, and it is time for the city to move forward and build trust between law enforcement and the communities they serve,” she said in a statement on Saturday.

The question before prosecutors was whether the shooting violated the law. Howard said on Sunday that he was considering murder, felony murder with an underlying charges of aggravated assault, and voluntary manslaughter.

“The only question is going to be, ‘Was that justified?’” criminal defense attorney Page Pate, who is unaffiliated with the case, said on CNN on Sunday. “Was he in reasonable fear that he was about to be killed himself? It is not just, ‘I think this guy may hurt me. I think he may hurt someone else.'” The reasonable fear must be of a “risk of death,” or of “serious violent injury to the officer or of someone close by.”

Lawyer L. Chris Stewart, an attorney for Brooks’s family, said in a press conference Saturday that in the case law for other matters, police have argued that a Taser was not a deadly weapon.

“You cannot have it both ways,” he said. “You can’t say he ran off with a weapon that could kill somebody when you say it’s not deadly.”

Brosnan faces charges including aggravated assault. He will be a state’s witness, said Howard.