‘It’s All on Video!’: Attorney for Cop Charged in Rayshard Brooks Shooting Says DA’s Account Is ‘Not True’

Devin Brosnan, the second of two Atlanta police officers involved in the shooting death of Rayshard Brooks, has been booked into the Fulton County Jail.

The charges listed on the jail’s online inmate roster, which was reviewed by Law&Crime, include one count of aggravated assault and three counts of violating an oath as a public officer.

The aggravated assault charge carried a $20,000 signature bond, jail records show. The other charges carried a $10,000 signature bond. The bonds require Brosnan to return to court on appointed dates; if he does not, he agrees to forfeit the amount of the bond. Brosnan left the jail not long after he arrived, flanked by his attorney, TMZ reported.

Brosnan is described in the jail records as standing 6′ 1″ tall and weighing 212 lbs. 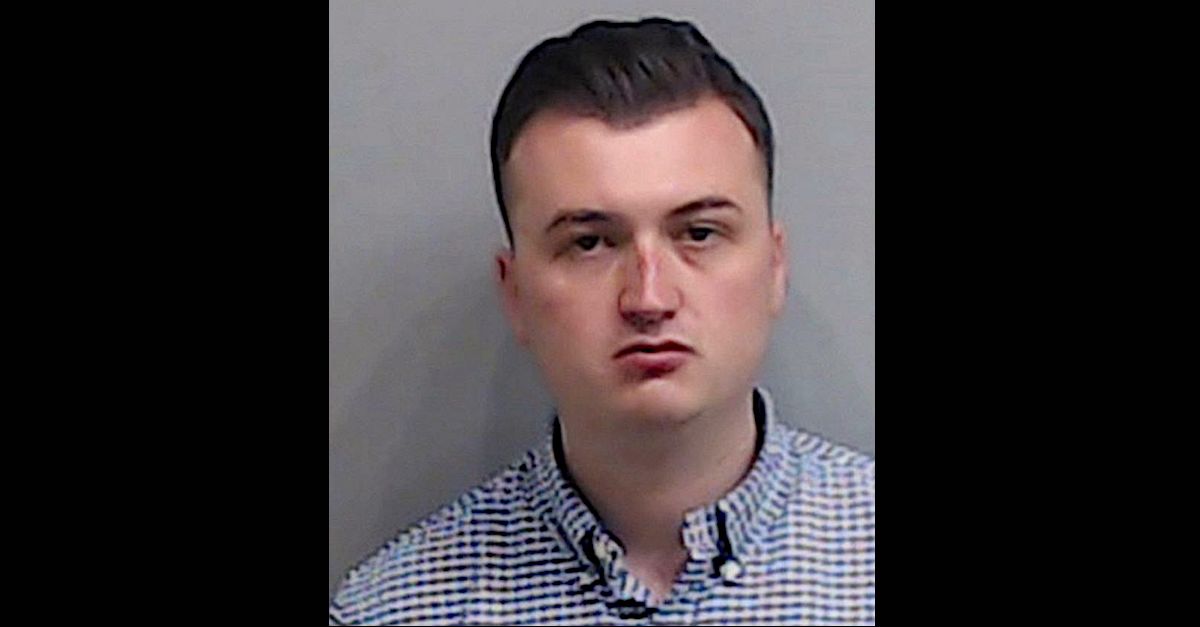 Also on Tuesday, Brosnan appeared on MSNBC with his lawyer, Don Samuel, to refute Fulton County District Attorney Paul L. Howard Jr.‘s version of what happened after Brooks was shot twice in the back by officer Garrett Rolfe.

“He doesn’t even realize that first,” Samuel said.  “He’s trying to figure out, ‘is this scene secure; is it safe?’  He knows his Taser’s been taken from him; you can’t see any blood at that point . . . and he told the DA this — he puts his foot, he thought on his hand or on an arm, to make sure he couldn’t get a weapon, because he didn’t know what the situation was.”

That lasted “seconds,” Samuel said, as Brosnan was realizing what was going on. Then, Brosnan saw the Taser, holstered it, and Rolfe ran to get a First Aid case, according to Samuel’s account.

“This description by the DA is completely belied by the video if you look at it,” Samuel said.

“It’s all on video!  It’s all on video!” Samuel exclaimed. And the district attorney just kind of exaggerates this and makes it look like some terrible event where he’s standing on his shoulders.  It is preposterous, and it is not true; all you’ve got to do is look at the video!”

Samuel said DA Howard was “wrong” in his description of how long some events lasted during the encounter.

Brosnan was asked what he thought of Brooks when he first encountered him. “I thought he was friendly. He was respectful. I was respectful to him,” Brosnan said.  “I was really just there to see what I could do for him — to make sure he was safe.”

"I thought he was friendly. He was respectful. I was respectful to him. … I was really just there to see what I could do for him — to make sure he was safe." pic.twitter.com/LpJn4qgo49

Samuel drew a distinction between being Brosnan being “cooperative” with various investigations and being a “state’s witness” or a “defense witness.”  Brosnan is merely “a witness,” Samuel said, who would provide “accurate information about what happened … witnesses are witnesses; they don’t belong to either party . . . he’s not going to testify against someone.”

However, because Brosnan is now a defendant, “he’s not going to answer the D.A.’s questions while they bring these false charges against him,” Samuel said.  “I regret that the district attorney apparently was given misinformation yesterday . . . Officer Brosnan is not going to become a ‘state’s witness,'” Samuel said, saying that phrase was merely “TV talk.”

WATCH: Attorney for the officer charged in #RayshardBrooks' death says he will not answer the DA's questions "while they bring these false charges against him." pic.twitter.com/mBcVny3GLJ

The DA waffled on the issue when cornered earlier in the day by NBC’s Andrea Mitchell but said he stood behind his comments yesterday. Samuel later in the interview said Brosnan “is going to cooperate” but that his client “doesn’t belong to the state” and wasn’t going to “testify against someone” per se — Brosnan was merely promising to be truthful, Samuel asserted.

When asked to speak to Brooks’s family, Brosnan said, “I think this is a tragic event . . . it’s a total tragedy that a man had to lose his life that night.”

NBC’s Chuck Todd also asked Brosnan if he would have done anything differently during the shooting. The question is legally irrelevant: the Supreme Court held in Graham v. Connor (1989) that “use of force must be judged from the perspective of a reasonable officer on the scene, rather than with the 20/20 vision of hindsight.”  Spinning objective theories is legally irrelevant.

Samuel said the entire altercation was disorienting. “Nobody should have been charged,” he added, and that “everybody” quickly rendered aid to the dying Brooks.

Brosnan has a concussion from the incident, he and his attorney said.

Rolfe, who faces a felony murder charge among a number of others, is supposed to surrender by 6 p.m. on Thursday.