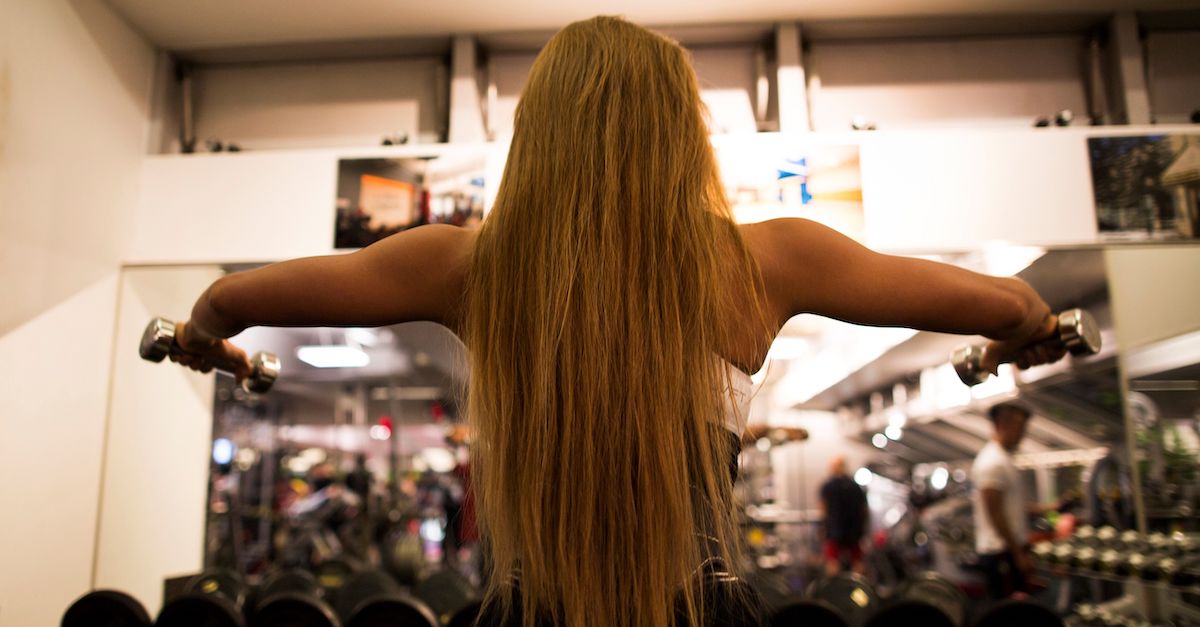 The Connecticut Commission on Human Rights & Opportunities (CHRO) sued two Connecticut gyms, Edge Fitness and Club Fitness, for sex discrimination against men. The CHRO alleged that the women-only sections in fitness facilities are illegal under the state’s non-discrimination law.

Edge Fitness and Club Fitness have been operating women-only sections in their gyms for years. According to the court record, these areas take up about 5% of the total facility and include some exercise equipment.  Everything that is available in the area, however, is also available in each gym’s main fitness area. The clubs say these women-only areas have been a selling point for membership; many women have reported feeling safer and less objectified when they use their own gender-specific workout area.

Two men, Daniel Brelsford and Alex Chaplin, each filed complaints with the CHRO, alleging that they’d been discriminated against based on their sex. CHRO took the matter to an administrative hearing and lost, then appealed the ruling on the men’s behalf.  The men themselves are no longer involved in the lawsuit. At the trial level, CHRO lost again, as the court upheld the administrative ruling, in which the referee held that “public policy regarding privacy” supported the women’s-only workout spaces.

CHRO has now appealed the matter up the legal chain.  The matter is now before the state’s highest court, and it raises questions of legal precedent far outside the scope of women-only workout areas.

According to CHRO’s brief, the women-only sections constitute an unlawful “separate but equal” area of the gym, in violation of the Brown v. Board of Education‘s well-known rule. “Separate [workout] facilities are inherently unequal,” CHRO reminds the court.

It’s worth noting that in both Brown v. Board of Education and its predecessor, Plessy v. Ferguson, the legal challenges to segregated facilities were raised by groups being involuntarily segregated.  By contrast, men are not segregated into men-only gym areas in the subject Connecticut gyms; rather, women are given the option to exercise in main gym area or to voluntarily use a women-only section. Furthermore, Brown-era cases occurred against the backdrop of wide-scale policies of racial segregation in the American South meant to disadvantage racial minorities. The gyms, on the other hand, said they provided women-only areas in an effort to cater to religious Muslim and Jewish patrons whose religious belief forbid them to exercise in close proximity to men.

These differences do not necessarily mean that the gym’s policy is legal, but they do mean that the challenge is proceeding in an entirely different context than did the cases the CHRO raised in support of its position.

Edge Fitness opened its brief with harsh words for the CHRO.

“During a time when women are speaking out against sexual assault and harassment in critical numbers,” it wrote, the CHRO “has decided not to join the effort.”

Despite expert testimony that “Edge’s women only areas have a beneficial impact on women’s psychological well-being,” and the evidence that women use these areas “to avoid sexual objectification,” the CHRO asks the court “to turn public accommodations law on its head” by finding the separate workout facilities to be discriminatory.

Edge also slammed the CHRO for making the analogy to racial segregation, saying:

“[I]n a truly shocking argument in support of its position, the Commission repeatedly analogizes Mr. Brelsford’s inconvenience in having to wait to use a piece to exercise equipment to the abhorrent history of discrimination in educational opportunities, public accommodation and otherwise suffered by African Americans during the Jim Crow era.”

Several advocacy groups filed amicus briefs in the case. Lambda Legal, an advocacy organization for gay and transgender rights, argued against the creation of a statutory exception for “privacy” of customers. Such a rule, they warned, risks more discrimination against transgender people on the grounds that other individuals may plead “discomfort.”

“Regardless of the sincerity and extent of that discomfort,” Lambda reminded the court, “a fitness facility is a setting in which fully clothed people exercise or stand around in a group. With that context properly understood, social discomfort or customer preference are never acceptable as justifications for discrimination.”

A number of religious organizations also filed briefs, underscoring the importance of modesty for their female members.

During oral arguments Wednesday, the court’s inquiry meandered in multiple directions. Judge Christine Keller remarked that “women can feel objectified almost anywhere,” and asked, “Why do women need to run and hide?” Later, she hypothesized, “Should we have separate hours for women at swimming pools, public swimming pools, separate swimming pools for women, screened off from men?”

Chief Justice Richard A. Robinson posed what he called “a simple question, but [with] probably a very complex answer.”

“What is sex? What is gender?” he queried.

Justice Maria Araujo Kahn raised a practical question of what would become of religious women if the court barred the single-sex workout areas. “What is left for them? Where do they go then?” she asked.

Justice Steven Ecker also raised a practical concern. If a woman “feels she is being ogled by some sweaty guy six feet away,” he asked, would she need “to make a complaint about that and earn an enemy in the gym and go through that sort of nonsense?” Ecker also remarked that men have dominated gyms for decades. “I get the principle, it’s very clear, but it’s hard for me to see any practical discrimination going on here,” he said.

This case, while confined to interpretation and application of Connecticut’s public accommodation law, is a likely harbinger of litigation to come. As “men’s rights” becomes an interest around which advocacy groups coalesce, we will likely see more challenges to any women-only accommodations. Moreover, single-gender spaces will continue to raise questions of sexuality and gender identity as well as religious freedom and personal privacy.