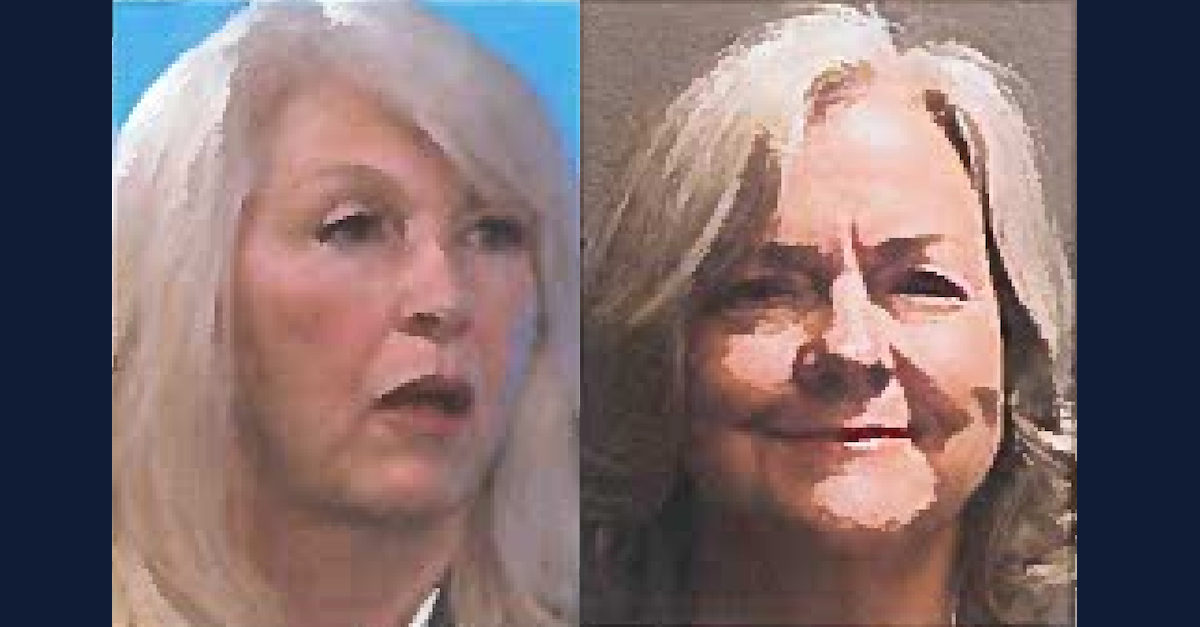 A Republican elections official in Colorado who is alleged to have engaged in a data breach of Dominion Voting Systems machines in her jurisdiction was indicted over that controversy on Wednesday.

Mesa County Clerk and Recorder Tina Peters, 66, stands accused of three counts of attempting to influence a public servant, two counts of conspiracy to commit criminal impersonation, and one count each of identity theft, official misconduct in the first degree, violation of duty, and failure to comply with the secretary of state.

Additionally, Deputy Clerk Belinda Knisley, 66, was indicted on three counts of attempting to influence a public servant and one count each of conspiracy to commit criminal impersonation, violation of duty, and failure to comply with the requirements of the secretary of state.

According to Mesa County District Attorney Daniel P. Rubinstein, the duo engaged in election equipment tampering and official misconduct by allowing an unauthorized third party to make copies of voting machine hard drives before and after a “trusted build” systems upgrade — essentially, a form of software update — in late May 2021. Knisley allegedly made sure that security cameras were turned off in the secure room where the alleged events unfolded.

“Beginning in April 2021 and in advance of the May 25-26, 2021, trusted build, Tina Peters and Belinda Knisley, either as principal actors and/or acting as complicators, devised and executed a deceptive scheme which was designed to influence public servants, breach security protocols, exceed permissible access to voting equipment, and set in motion the eventual distribution of confidential information to unauthorized people,” the indictment reads.

Ultimately, copies of the county’s election management software and passwords were reportedly shared with and by conspiracy theorists online who believe the 2020 presidential election was somehow rigged.

“This investigation is ongoing, and other defendants may be charged as we learn more information,” Rubinstein and Colorado Attorney General Phil Weiser said in a joint press release announcing the indictment. “We remind everyone that these are allegations at this point and that they are presumed innocent until proven guilty.”

The indictment also accuses the pair of using “the name and personal information” of a man named Gerald “Jerry” Wood in order “to further their criminal scheme.”

“This unlawful use of Mr. Wood’s identity by Tina Peters and Belinda Knisley also subjected Mr. Wood to various forms of liability and criminal exposure,” the indictment alleges.

Colorado Secretary of State Jena Griswold, a Democrat, previously sued Peters over the data breach and successfully had her election duties stripped for the upcoming 2022 midterm elections.

Peters and Knisley have both long maintained they did nothing wrong viz. the breach and were, rather, acting in governmental oversight roles and out of duties they owed to their constituents.

“Every eligible Coloradan – Republican, Democrat, and Unaffiliated alike – has the right to make their voice heard in safe, accessible, and secure elections,” Griswold said in her own statement. “To do that, we need election administrators who are committed to following the law and election rules. Officials tasked with carrying out elections do so in public trust and must be held accountable when they abuse their power or position.”

Amended arrest warrants for each defendant say they are both to be held on $500,000 cash only bonds.

According to court records reviewed by Law&Crime, Peters is scheduled to appear in court on March 11, 2022.

Read the indictment in full below: