Andrew Derr to Face No Charges for Killing Sara-Nicole Morales 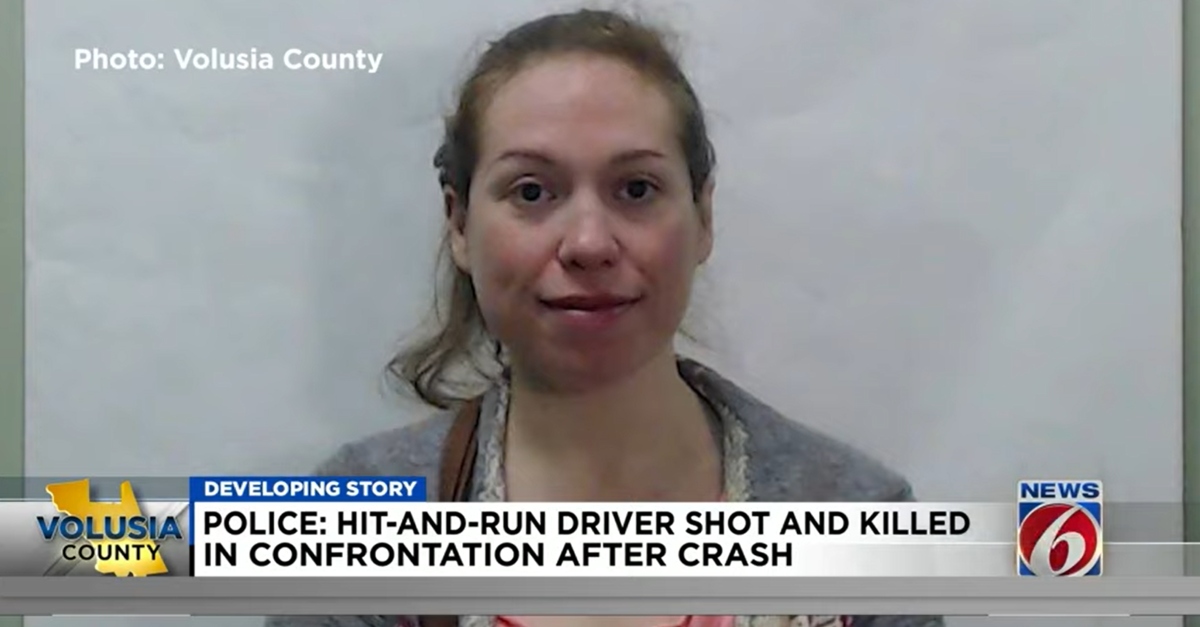 Sara-Nicole Morales (above in photo via WKMG screengrab) was shot dead in November.

A Florida motorcyclist who shot a pregnant library assistant dead following a road rage incident will not be charged with a crime, prosecutors announced.

Andrew Derr, 40, will not face any charges after shooting Sara-Nicole Morales, 35, five times while waiting for her outside her home in November.

“While the facts in this case are truly heartbreaking, the law does not authorize the filing of any criminal charges. Our sincerest thoughts and prayers go out to the Morales family,” read a statement from the office of R.J. Larizza, the State Attorney for Florida’s 7th Judicial Circuit.

Morales had been driving home to her 11-year-old daughter on Nov. 20 when she and Derr had a lane dispute, according to the Orange City Police Department.

Derr then began to scream at Morales and kick her car, according to witnesses who spoke with police. In response, Morales hit Derr’s saddlebag with her Kia, causing him to almost crash.

Morales then attempted to leave the scene and get away from Derr, according to Orange City Police. Authorities described Morales as a hit-and-run driver. She did not succeed in getting away; Derr started following her car. Derr was joined by another man on a motorcycle and a man in a truck.

The men attempted to block Morales in at one point to call authorities, but she managed to get around them and make it to her house, eyewitnesses told police.

Morales arrived home, where her young daughter was waiting for her inside, and then retrieved a firearm.

Derr and the men then pulled up right in front of the home; that is when things escalated, according to Orange City Police:

Derr fired five shots at Morales, who succumbed to her injuries shortly after arriving at a local hospital, according to police.

Morales did not fire a single shot from the weapon she carried, police determined. The gun actually belonged to her fiancé.

She had called 911 on her drive home, police records show. She informed an operator that she was being followed by a group of men who were making threats and intimidating her as they trailed her home.

Derr had also called 911 while outside Morales’s home, according to authorities.

When police arrived on the scene, Derr said: “That girl tried to kill me, she pointed a gun at me.”

Detectives provided two updates in the case in November but nothing after that. The police also released bodycam footage taken outside Morales’ home when officers arrived at the scene.

The officers can be seen handcuffing Derr and putting him on the ground.

Derr and Morales had no criminal records. In both their cases, the most serious offense was a traffic violation.

Morales, a library assistant who worked for the county, had been preparing to marry her fiancé and welcome their first child.