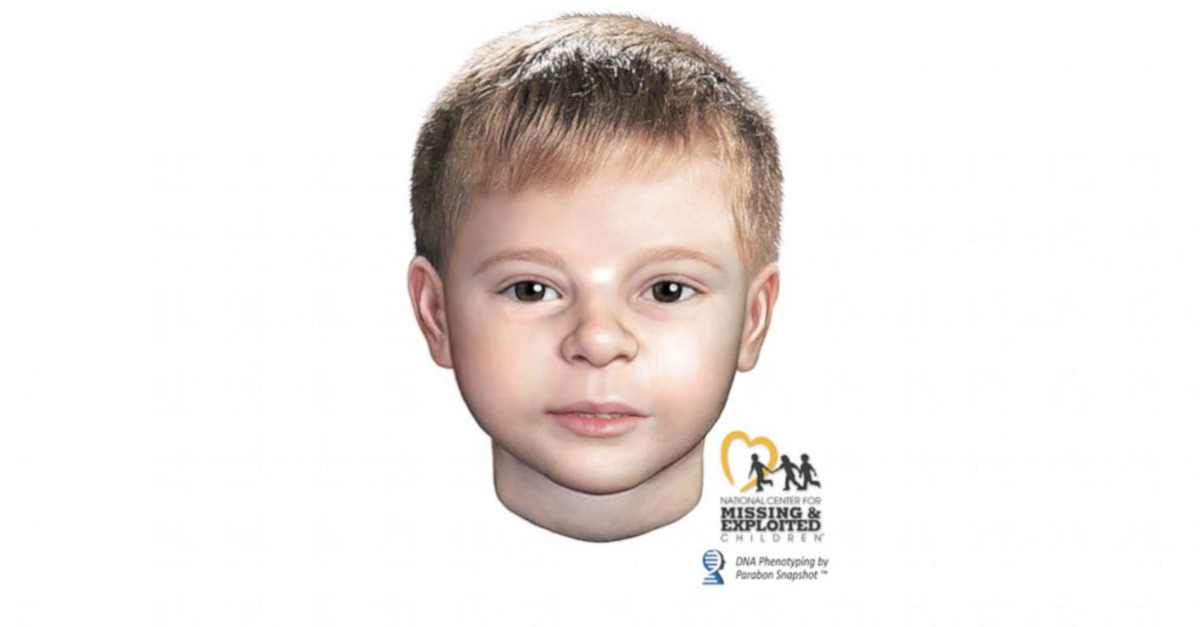 Stevie Crawford‘s small frame was discovered lifeless on July 11, 1963. His hay-colored hair and how he was fully dressed–wrapped in a weighted blanket–set off alarm bells for Oregon investigators who have long counted his case as the longest unsolved mystery and cold case in the state. No one even knew his name until earlier this week.

Found by a fisherman in the Keen County Reservoir, the iron weights placed inside the patchwork quilt were a clear signal that someone hoped the body would never be recovered. It was, though the dead and decomposed corpse baffled law enforcement for nearly 60 years.

The Oregon State Police described the boy as he was discovered:

The child’s body was dressed in high-quality clothing, consisting of a red long-sleeve shirt, gray corduroy pants, a cloth diaper with blue diaper pins, anklet socks, and white walker “Jumping Jack” brand shoes.  He was also wrapped in a blue-colored blanket and a handmade patchwork quilt with red gingham squares.

Over 23 members of the Jackson County Sheriff’s Office worked the case with the help of the Oregon State Police and the FBI. The case eventually went cold and the files were archived. In 2007, the “Keene Creek toddler case” was reopened by Detective Sergeant Colin Fagan and special investigator Jim Tattersal. The body was exhumed the next year and a DNA sample was collected, but it would be years before any real progress was made toward identifying Crawford.

A composite image was created by the the National Center for Missing and Exploited Children in 2009 in the hope that it might generate leads. That effort didn’t pan out. Neither did the work of the University of North Texas Center for Human Identification, which extracted a DNA profile and tested it against a national database.

A break in the case came in 2018 when the Oregon State Police Medical Examiner’s Office was awarded a federal grant to conduct “innovative DNA techniques on unsolved unidentified skeletal remains cases.” Working with vendor Parabon Nanolabs, several investigators worked with scientists, and by October 2020 “a DNA profile suitable for comparison to genealogy databases was successfully extracted,” according to the Oregon State Police.

“The first Parabon Nanolabs report to be completed was a DNA Phenotyping Report, where genetic material was used to determine eye color, hair color, skin color, and the ancestry of the deceased,” the agency said in a Wednesday press release. “The report predicted this child was of Northern European descent, with very fair skin, brown eyes, and brown to light blonde hair.”

Genetic genealogist CeCe Moore then plugged those results into the open-source DNA database GEDmatch and discovered several relatives of the unidentified boy. Those relatives led police to one of the boy’s immediate family members–his half-brother.

The press release recounts that turn of events:

An interview with a possible relative revealed that as a child, he had a young sibling named “Stevie” with disabilities born in New Mexico, who lived in Oregon in the early 1960s but mysteriously vanished from the family with little explanation. One challenging factor for detectives following the lead was that New Mexico’s vital records (such as birth and death notices) are not publicly available. Records of any children named “Stevie” or “Steven” born in late 1960 or early 1961 to the mother, identified through genetic genealogy, were requested. The New Mexico records department discovered a birth certificate for “Steven Alexander Crawford”, born October 2, 1960, to the listed mother (not named here for privacy purposes) in Las Cruces, New Mexico. This was proof that a 2-year-old child named Stevie existed. After 58 years the Keene Creek baby Doe had a possible name: Steven “Stevie” Crawford.

“This disabled little boy was loved and missed by his siblings, and deserved to have a name and identity. Stevie’s case was a very emotional one for all of the investigators involved,” Moore told ABC News. “Once the genetic genealogy research led to his family, the fact that his surviving family has been very loving and willing to assist has been a great comfort.”

Police say they do not expect to file any charges.

[image via the National Center for Missing and Exploited Children]