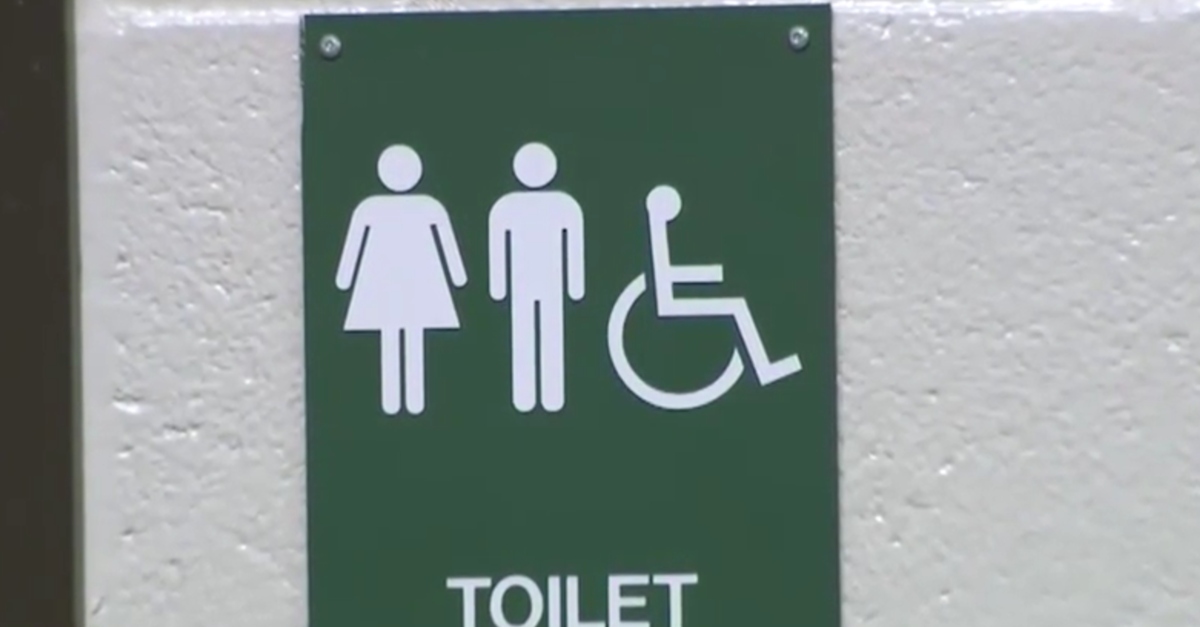 A school district in Pickens County, Georgia walked back a decision to let transgender students use the bathrooms matching their gender identity. This came after news of harassment, as well as an emotional three-hour town hall meeting, according to Fox 5 Atlanta. Pickens County Superintendent Carlton Wilson told WSB that there’d been death threats.

Pickens County Superintendent sits down with me to talk about the death threats he and his assistant superintendent got in response to his transgender bathroom procedure. Hear from him tonight at 5 & 6 on @wsbtv. pic.twitter.com/1k7MyEQlXV

I just talked to a transgender male who graduated from Pickens County High School. He tells me what it was like using the faculty single-stall restrooms, a move the school board voted to return to after death threats. His story at 6 on @wsbtv pic.twitter.com/m7C8HlDvAd

The Georgia school district, which is in the 11th Circuit Court of Appeals, had been attempting to administer the case law reflecting a court case down in Florida. A transgender  boy had sued over being rejected access to the boys’ restroom.

The school district balked in the face of pressure, however.

“There have been death threats, student harassment, and vandalism of school property,” they said. “The District understands and acknowledges that it has the responsibility to protect its staff and students. However, the District has concerns that it may not be able to meet these recently increased demands. Therefore, the District shall return to bathroom procedures in place at the beginning of the 2019-2020 school year until it can consult with law enforcement and other safety professionals so that these concerns may be addressed.”

“Trans-rights are human rights and we demand equality for all,” said former student Jordan Stuart at the town hall meeting, according to Fox 5.

“This is a bad decision,” he said. “We’ve opened a Pandora’s box and we won’t be able to shut it.”