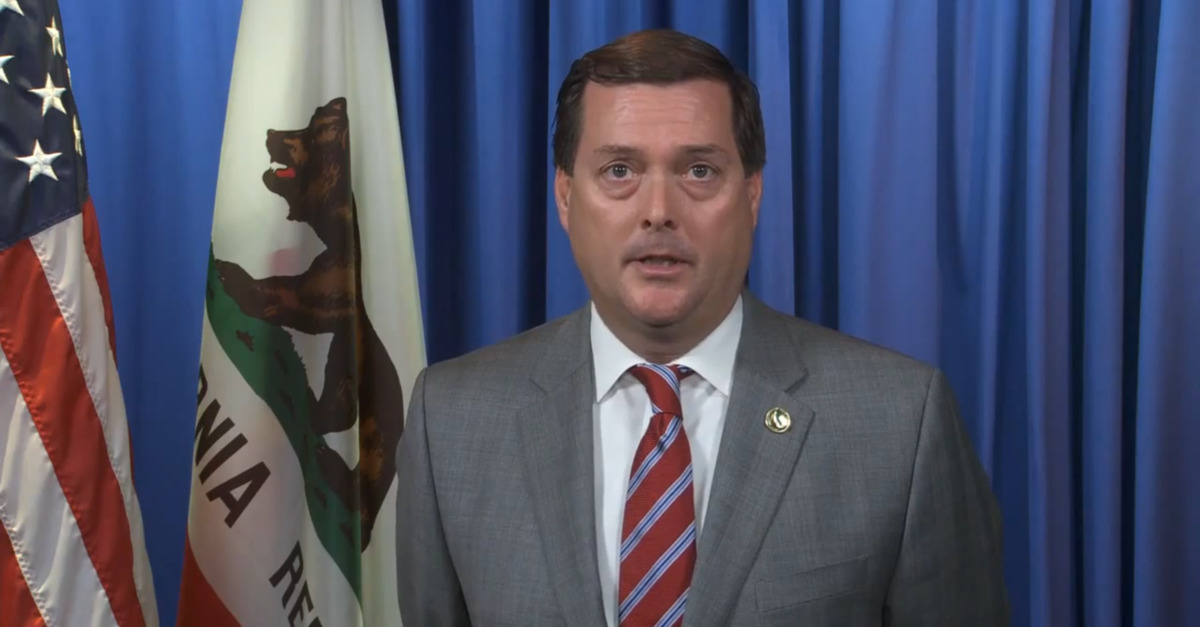 California Republicans have turned on one of their own amid a sexual harassment scandal and their demands are pretty simple: drop out so we don’t lose another seat in rapidly blue-shifting Orange County.

According to the Sacramento Bee, Assemblyman Bill Brough will have to wage his re-election battle a lonely man lacking party support–if he even decides to wage such a battle at all.

Brough is facing unseasonable forms of political heat on two separate fronts as he faces both allegations of sexual harassment and official corruption in the form of misspending campaign funds.

The Orange County GOP Central Committee on Monday cut bait on Brough amidst the two-pronged controversy, urging him to bow out.

Fred Whitaker is the chairman of the Orange County Republican Party. He told the Bee his colleagues “did the right thing.”

“We passed a resolution that dealt with the totality of the circumstances,” Whitaker told the outlet, “Brough needs to take care of these allegations and deal with it while not running for office. We need to have a different face.”

Lisa Bartlett is an Orange County supervisor who accused Brough of making unwanted sexual advances against her–one of at least two women to make such accusations with their names attached. On Monday, an additional two women came forward to allege that Brough had sexually harassed them in the past.

In comments to the Bee, Bartlett said at Brough “stormed out of the room” when the county party’s decision was announced–and that he vowed to defy his critics and campaign for re-election in 2020.

Bartlett described the scene to the outlet:

It was a very tense evening. Some of us didn’t know Bill would attend the meeting. It was surprising to see him there. He was very hostile.

Brough has repeatedly insisted that he has “done nothing wrong” but has yet to publicly respond to his own party’s no-confidence vote in his ability to win re-election in 2020. The assemblyman hasn’t updated his Twitter account since August 16.

Golden State Republicans have yet to call for Brough to outright resign–and have reiterated calls for due process over the various accusations–they just don’t think he’s capable of holding his seat.

“Tonight’s action is just a way to make sure our momentum coming back (as a party) stays in place,” Whitaker added. “I certainly believe the (alleged) victims are very credible.”