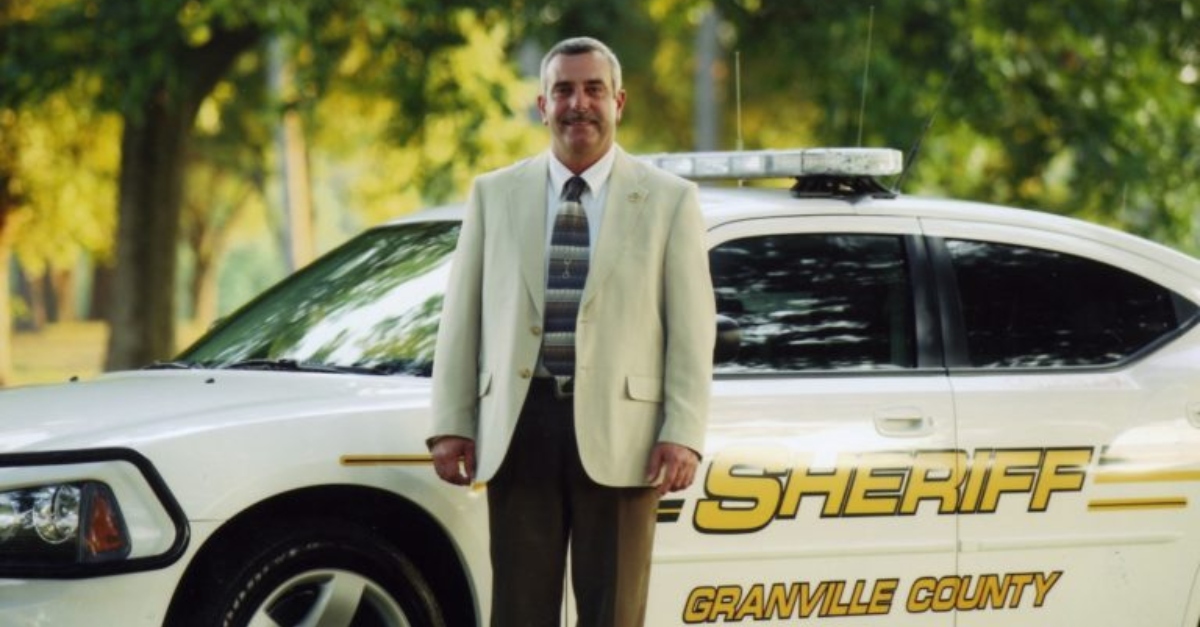 There are toxic work environments, and then there are work environments where your boss is literally trying to get you murdered. Granville County Sheriff Brindell Wilkins was indicted Monday after he allegedly tried to get a former deputy killed, according to The News & Observer. He faces two counts of felony obstruction of justice.

The alleged motive? The target possessed a tape of the sheriff using “racially offensive language.”

Prosecutors said that a recording of an August 2014 phone call incriminated Wilkins. He helped another person plot killing former deputy Joshua Freeman, authorities said. He allegedly gave the individual advice on doing it.

“The only way we find out these murders things is people talk,” Wilkins said, according to authorities. “You can’t tell nobody nothing. Not a thing.”

If the claim is true, then he should’ve taken his own advice. Prosecutors are using his alleged words against him. Prosecutors construed this as a “credible” threat against Freeman, according to The Washington Post. Wilkins failed to get the other person arrested, and failed to warn Freeman about this.

Wilkins is still Granville’s sheriff. James C. Wrenn, an attorney for the county, released a statement on Tuesday saying that the Board of Commissioners had no supervisory authority over the defendant’s position.

“While the statutes grant no statutory power to the Commissioners, Article 2, Chapter 128 of the North Carolina General Statutes does provide a mechanism for a court to remove a sheriff where the sheriff has engaged in willful misconduct, will refusal to perform the duties of his office, or corruption,” he said in a statement. “This statute grants certain power to bring and prosecute the removal action to the county attorney and district attorney.”

He told Law&Crime that no decision has been made to remove Wilkins.

“I have no information other than the publicly available information (indictments and related court papers and a couple of letters),” he wrote in an email. “Once I receive additional information I will review it and make a decision.”

It’s unclear if Wilkins has an attorney in this matter. He reportedly appeared in court on Monday, and is out of custody on a $20,000 bond.