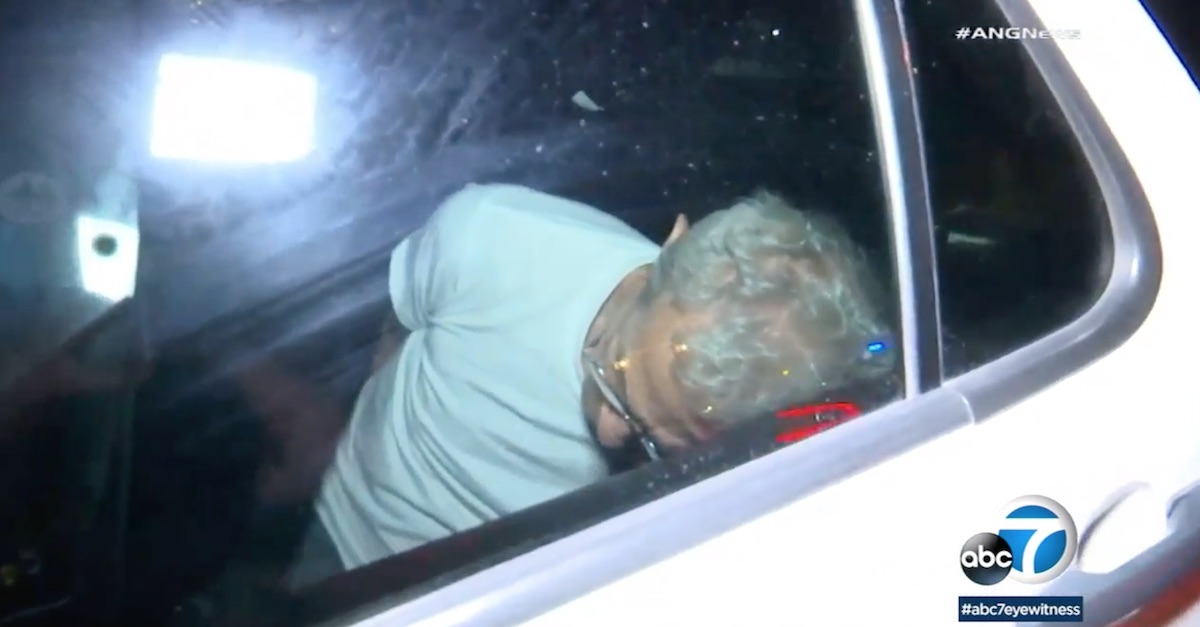 A 65-year-old prominent Democratic Party donor was arrested on Tuesday after a third man overdosed at his West Hollywood home but survived. The Los Angeles District Attorney’s Office alleged in a bail motion that Ed Buck is “a violent, dangerous sexual predator” who “mainly preys on men made vulnerable by addiction and homelessness.”

According to KABC, prosecutors sought to have Buck’s bail set at a whopping $4 million. To support that, they said that Buck is “a predator with no regard for human life” who gave the victims “dangerously large doses of narcotics.”

As Law&Crime reported before, in two prior incidents, 55-year-old Timothy Dean and 26-year-old Gemmel Moore were both found dead of methamphetamine overdoses at Buck’s home. Both of them were black and gay men. So far, authorities have said that the third man who overdosed is 37 years old.

Family members of Dean’s and Moore’s previously claimed that Buck was a predator. Dean’s sister Joyce Jackson said, “I really believe he preyed on people. I think he’s sick. He really needs to get some help”; Moore’s mother, LaTisha Nixon, filed a wrongful death lawsuit that claimed Buck had a “well-documented history of isolating black men for predatory sexual encounters.”

In Aug. 2018, Nixon moved to have excerpts from Moore’s journal publicized so Buck would be prosecuted. In a Dec. 2016 entry, Moore wrote that he had “become addicted to drugs and the worst one at that. Ed Buck is the one to thank.”

An autopsy report in Dean’s death claimed that Buck waited 15 minutes to call paramedics after the victim died in his apartment. According to the New York Daily News, Los Angeles County Department of Medical Examiner-Coroner’s office revealed that an investigator’s narrative said Buck initially told authorities “he attempted CPR for 15 minutes before contacting 911.”

Seymour Amster, Buck’s attorney, disputed that timeline, saying Buck was taking a shower in another room when Dean fell unconsciousness at Buck’s Laurel Canyon apartment before dawn on January 7.

“He finds Timothy in a state of being unresponsive in the living room. He doesn’t wait to call 911. He calls, and as he’s on the phone, he’s getting instructions to perform CPR,” Amster told the Daily News. Law&Crime earlier reported that Dean’s death was ruled an “accidental” overdose on methamphetamine.

According to that report, Buck told investigators Dean was engaged in “bizarre behavior” just before his death and that he used a piece of clothing to fashion a noose and then placed it around his own neck. “The witness relays that he removed the ‘noose’ and the decedent then stood up and began throwing clothes up in the air,” the report notes.

A search, however, turned up no such evidence of a noose.

“[N]o items of clothing that appeared to be fashioned like a noose” were observed by investigators on the scene, according to the report. Buck also allegedly told investigators “he did not see the decedent taking any drugs and that they did not have sex.”

Amster denied wrongdoing on behalf of his client.

On July 27, 2017, Gemmel Moore was discovered dead at Buck’s apartment. The coroner’s office also ruled that Moore’s death was an overdose caused by methamphetamine. Per WEHOville:

Amster denied that Buck had committed any wrongdoing in Moore’s death.

“I think it’s time to bring this tragedy to a conclusion,” he told WEHOville in Nov. 2018. “This was an accidental death. This was an unfortunate death … but that doesn’t mean we can make spurious accusations and spin something out of control.”

According to OpenSecrets, Buck has donated tens of thousands of dollars to multiple Democratic Party candidates over the past few election cycles–including presidential contender Hillary Clinton. A longtime political activist, Buck also previously ran for elected office and has supported various progressive causes throughout the years.

After the Tuesday arrest, Buck was charged for administering methamphetamine, maintaining a drug house and for alleged battery causing serious injury. If convicted, per KABC, Buck could face more than five years in prison.