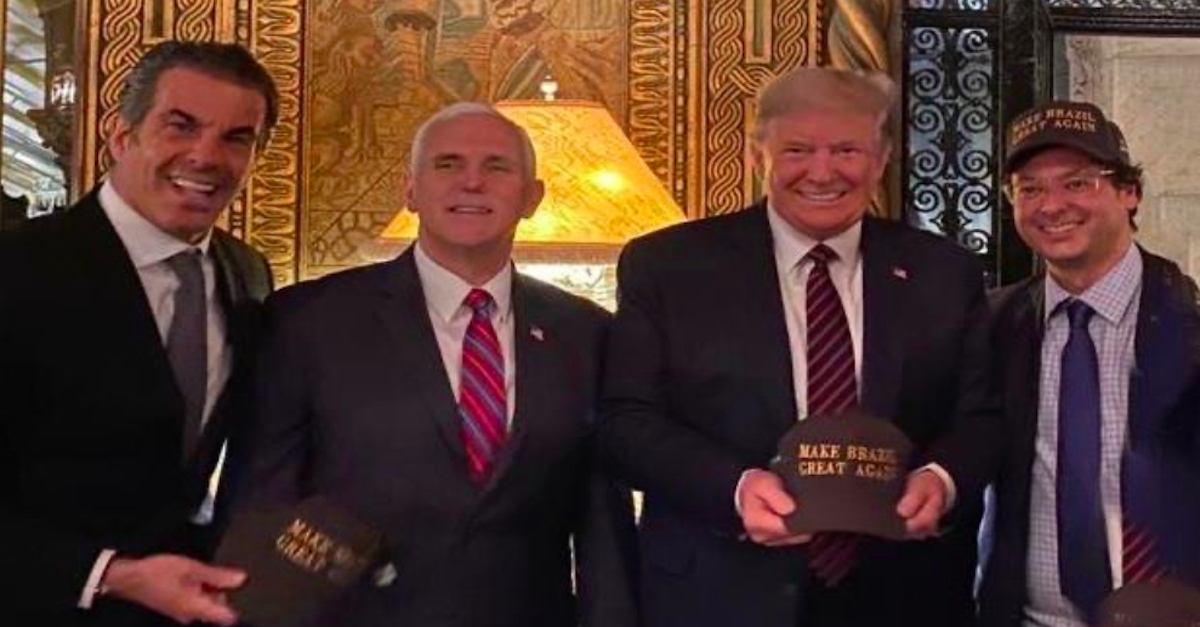 A Brazilian government who met with both President Donald Trump and Vice President Mike Pence at the president’s private Mar-a-Lago south Florida resort on Saturday has tested positive for the new coronavirus (COVID-19), the Washington Post reported Thursday.

Fabio Wajngarten, the communications secretary for Brazil’s President Jair Bolsonaro, tested positive for the virus just days after his in-person meeting with Trump and Pence. The three even posed for pictures, with Wajngarten standing shoulder-to-shoulder with President Trump.

The guy standing to Trump’s left just tested positive for coronavirus, according to Brazilian media. Fabio Wajngarten posted this photo, taken during meetings at Mar-a-Lago, five days ago. pic.twitter.com/qioU4qIlxl

Following reports that he contracted the virus, Wajngarten lashed out at the media in Trumpian fashion saying he was healthy, but did not deny that he had tested positive.

“In spite of the fact that the rotten band of the press has already spoken absurdly about my religion, my family and my company, now they talk about my health. But I’m fine, I won’t need hugs from Drauzio Varella,” he tweeted (translated using Google Translate), taking a shot at the Varella, a Brazilian doctor and scientist who’s very popular in the county.

The positive test was first reported by Folha de S.Paulo newspaper on Wednesday, which stated that Wajngarten had been tested for coronavirus at the Albert Einstein Hospital in São Paulo. A spokesperson for the hospital could not confirm or deny the report to the New York Times, and Wajngarten and Bolsonaro’s office have not responded to requests for comment.

Brazil’s Health Ministry has reported 52 confirmed cases of COVID-19 as of Thursday, but no deaths have been reported.