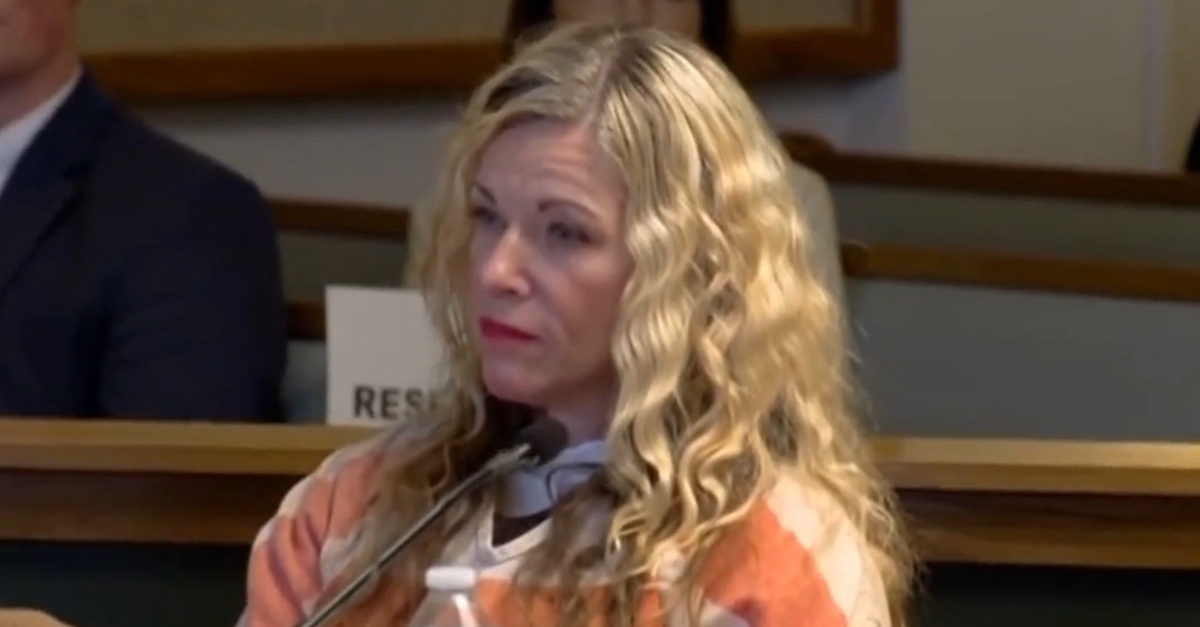 Police in Phoenix, Arizona say the Federal Bureau of Investigation (FBI) contacted them a month ago regarding the 2018 death of Joseph Ryan, the third husband of Idaho defendant Lori Vallow.

Cops said they gave information to the FBI, which has not asked for any more investigation so far, according to an AZ Family report from Tuesday.

Ryan–the father of Vallow’s missing daughter Tylee Ryan, 17–reportedly passed away from an apparent heart attack in 2018. He was cremated. It’s not unusual for authorities to take a second look. They’ve been taking a second look at a couple of other deaths recently.

Charles Vallow–Lori Vallow’s fourth husband, and the father of her other missing child Joshua “JJ” Vallow, 7–was shot and killed by Lori’s brother Alex Cox last July 11 back when the family lived in Arizona. The shooter claimed self-defense. No charges were filed, but a lot has happened since then.

Lori Vallow and her children moved to Idaho less than two months after the shooting. She withdrew her son from his Phoenix, Arizona school via phone and email on September 5, claimed she received a job promotion in California, and said Charles Vallow died by suicide the previous month, school officials said according to Fox 10 Phoenix. Police in Chandler, Arizona got a search warrant for the son’s files, saying their investigation is related to conspiracy to commit first-degree homicide on July 11.

Police in Rexburg, Idaho said they started looking into the missing persons case in late November, but the mother and her fifth husband Chad Daybell (who married in Hawaii on November 5) left town instead of helping in the investigation.

Cox died in December of unclear causes. Police said that Daybell’s prior wife Tammy Daybell died about two weeks before his marriage to Vallow. Her death wasn’t initially considered suspicious, but investigators in Fremont County, Idaho exhumed her remains and performed an autopsy in December.

Also note that Charles Vallow and Joseph Ryan have something in common besides a marriage to Lori. They’ve both been attacked by the same brother-in-law. Cox was arrested in Texas in 2007 for tasing Ryan and threatening to kill him after a custody exchange with Lori, police said. He ended up pleading guilty to aggravated assault in the second degree, and spent three months in jail.

NEW DOCUMENTS: Fox 10 has obtained the affidavit of the warrant for Alex Cox’s arrest in 2007. A detective in Texas says Cox tased Tylee Ryan’s dad Joseph twice & “made a threat to kill him.” This happened after Joseph & Lori Vallow completed a custody exchange. #fox10phoenix pic.twitter.com/dvqiqPaja5

The whereabouts of Tylee Ryan and Joshua Vallow remain unknown. Their stepdad Chad Daybell has cryptically said they are safe. Their mother was arrested in Hawaii and extradited to Idaho for allegedly deserting them.

Lori Vallow made her first court appearance in Idaho on Friday. Her bond was dropped from $5 million to $1 million after her attorneys argued that she wasn’t a flight risk. She would live locally, and her passport was expired, said lawyer Edwina Elcox. Her move to Hawaii wasn’t usual because she had already planned it, they said.

[Screengrab of Lori Vallow via East Idaho News; images of her children via National Center for Missing and Exploited Children]