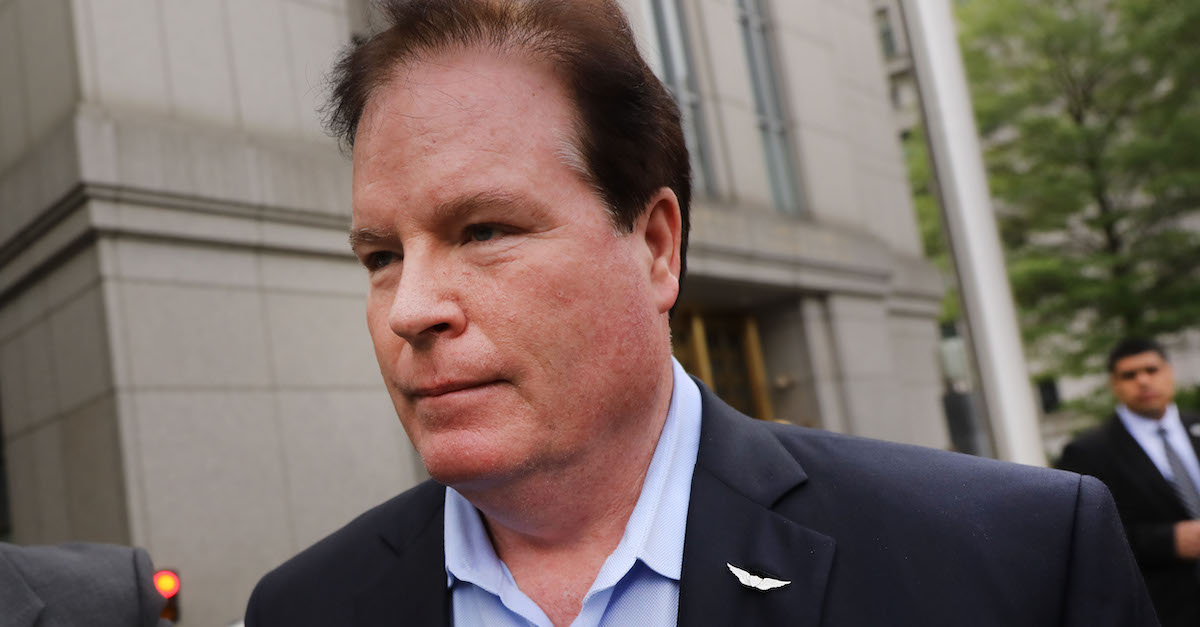 A banker who approved more than $16 million in loans to Paul Manafort in an effort to secure a position in then-soon-to-be President Donald Trump’s administration will spend a year and a day in prison.

Former Federal Savings Bank CEO Stephen M. Calk allegedly hoped that the big loans to Trump’s campaign chairman could earn him cabinet positions in the 45th president’s White House, like Secretary of the Treasury, Secretary of Defense and Secretary of the Army.

The scheme ran between July 2016 until January 2017, the month of Trump’s inauguration.

“Happy and Willing to Serve”

Less than a week later, Manafort asked for Calk’s resume and asked him if he wanted to be added to then-candidate Trump’s National Economic Advisory Committee.

“Is that something you would be able to do?” Manafort asked, according to Calk’s indictment.

“I am happy and willing to serve,” Calk reportedly replied.

After Trump’s election in mid-November, Calk approved a $9.5 million restructured loan to Manafort while seeking a senior position in the administration. Manafort recommended Calk for Under Secretary of the Army to Trump’s son-in-law Jared Kushner on Nov. 30, 2020.

At Manafort’s request, former White House communications director Anthony Scaramucci, who was called as a witness, arranged for Calk to be interviewed at Trump Tower for Under Secretary of the Army, according to prosecutors. Calk’s defense attorney called Manafort’s recommendation ultimately “worthless” because his client ultimately didn’t get the job.

“Surely many people across the country would have wished to receive an interview at Trump Tower for the position of Under Secretary of the Army—the second-highest civilian in charge of the United States Army. Manafort could make that happen,” he wrote in a legal brief. “The fact that this type of influence is not routinely for sale does not make it valueless—to the contrary, it shows that it was invaluable.”

Federal prosecutors urged a judge to sentence him to between 51 and 63 months, just more than four years imprisonment at the lower end and more than five years at the higher end.

Though Calk pointed out he never got a role in the Trump White House, prosecutors noted that Manafort was uniquely placed to help him nab the job.

Calk’s attorney Paul H. Schoeman argued that his client should not be incarcerated at all, blaming the scheme on Manafort, whom he called a “skilled con artist.” The defense argued that Manafort, who pleaded guilty to defrauding Federal Savings Bank, played upon Calk’s desire to nab a potentially lucrative loan for his bank and getting the military veteran a high-ranking government position.

“Each of these objectives, if pursued separately, would be perfectly lawful, and indeed laudable,” Schoeman wrote in a sentencing memo. “Pursuing them simultaneously – and with Manafort – has been disastrous for Mr. Calk. By virtue of his indictment, and now his conviction, Mr. Calk has been effectively barred from participating in the affairs of the two things, apart from his family, that he loves above all else: his bank and the U.S. military.”

Manhattan U.S. Attorney Damian Williams said that sentence would send a message to those who “corrupt federally regulated financial institutions.”

“Stephen Calk abused his position as the CEO of a federally-insured bank to try to buy himself prestige and power by trading millions of dollars in high-risk loans for influence with a presidential campaign and consideration for positions at the highest levels of the Defense Department,” Williams wrote in a statement on Monday.

Calk, 56, must also serve two years of supervised release and 800 hours of community service. He must also pay a $1 million fine on the first count and a $250,000 fine on the second.