‘I’ve Been Feeling Not Good Lately’: Colorado Dad Allegedly Called 911 on Himself and Confessed to Shooting Wife and Infant Son, ‘Hearing Things’ 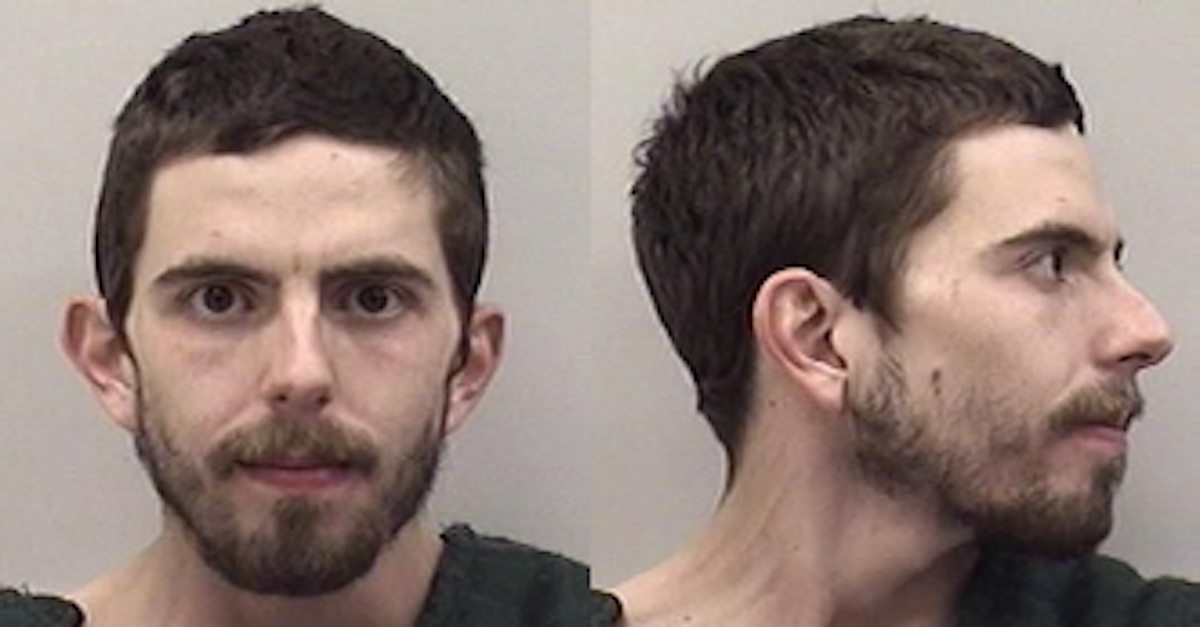 A father in Colorado Springs was arrested last week after he allegedly shot and killed his wife and infant son, called 911 on himself, and admitted he had been “hearing things” lately.

David Weingarten, 29, was taken into custody on Feb. 1 and charged with two counts of first-degree murder for allegedly fatally shooting Lizet Salinas Mijanos, 26, and their son Georgie Weingarten, who was just a few months shy of his first birthday, police said.

According to the Colorado Springs Police Department, officers at approximately 6:55 p.m. on Feb. 1 responded to a 911 call from an adult male who reported a “medical emergency” in a single-family residence located in the 3200 block of Heather Glen Drive. Upon arriving at the scene, first responders made contact with Weingarten, who reportedly said he had been “hearing things” before he killed Lizet and Georgie, per Colorado Springs CBS affiliate KKTV.

“I just shot my wife and son,” he told the arriving officers, according to court documents obtained by the station. “I’ve been feeling not good lately and something just came over me. I don’t know what happened. I’ve been hearing things, and I don’t know what’s going on. My wife and son are both dead I believe.”

Officers then entered the residence where they found Lizet and the baby, both of whom appeared to have suffered gunshot wounds. They were both pronounced dead on the scene.

The CSPD Violent Crimes Unit was called to the scene to take over the investigation and Weingarten was taken into custody, authorities said. Upon questioning from detectives, Weingarten reportedly said that his son’s crying had been making him anxious and he had been having “bad thoughts,” per the Colorado Springs Gazette. He reportedly told investigators that earlier that evening he went to his car and grabbed the gun he kept in the vehicle, then paced around his home before ultimately deciding to shoot his wife.

Weingarten then allegedly admitted to intentionally shooting his son, whose birthday would have been in May. When questioned by detectives as to why he shot the infant, he allegedly indicated it was because the boy cried too much and it made him anxious, the Gazette reported.

Lizet and Weingarten also have a 2-year-old daughter, Amber Marie Weingarten, who was not harmed. According to KKTV, the girl has been placed in the custody of Lizet’s sister, Lizbeth Salinas. Lizbeth reportedly told KKTV that she plans to raise the girl as her own.

“Well, we are trying our best to hold up for her. We have had a lot of support from our family, the community, and our church. So we are getting all the support we need,” Lizbeth told the station.

She also said that her sister’s dream was being a good mother.

“She was always serious but once you got to know her she was full of joy,” she said. “She would make jokes and be the silliest person. We talked once in a while. But not as much as I wish we did.”

A GoFundMe has been set up to help Lizbeth with the expenses of raising Amber Marie.