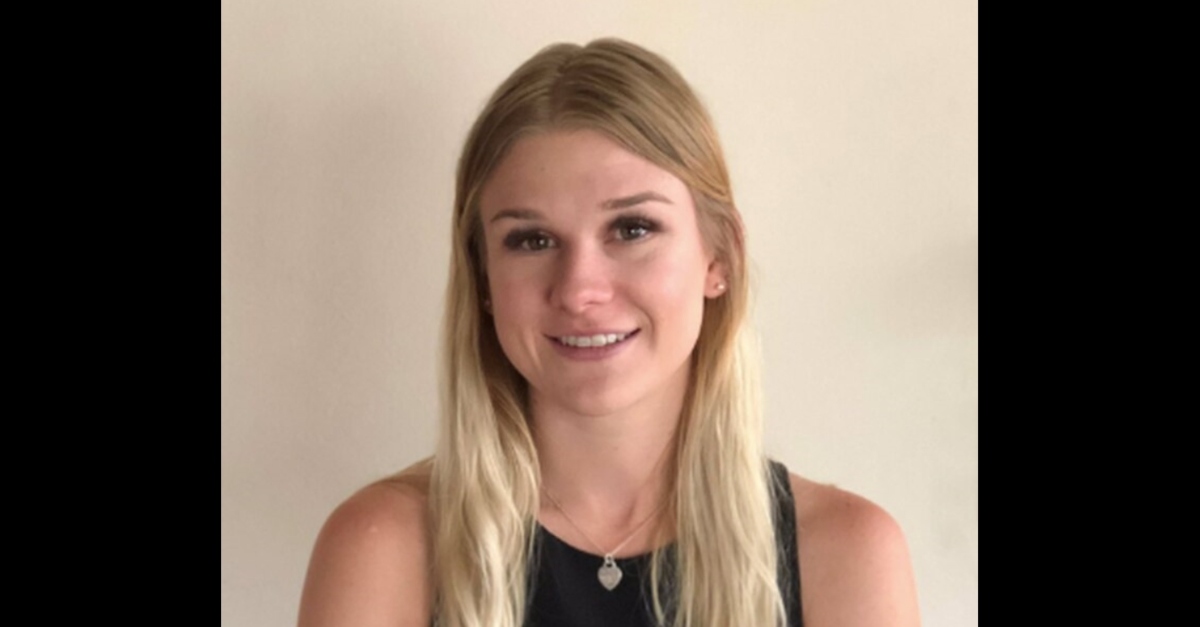 The 32-year-old man charged in the heinous murder of 23-year-old University of Utah student Mackenzie Lueck admitted in court on Wednesday that he did, in fact, plan to kill Lueck before he met her in person.

Ayoola Ajayi pleaded guilty to first-degree aggravated murder and third-degree abuse or desecration of a human body in exchange for the death penalty being taken off of the table. Ajayi, through his defense attorney Neal Hamilton, admitted that he strangled Lueck in June 2019, burned her body and buried her in his yard. After police showed up at his residence, Ajayi moved Lueck’s body to Logan Canyon. That is where police ultimately found Lueck’s remains.

Investigators determined Lueck exchanged texts with Ajayi in the early morning of June 17, 2019. Lueck took a Lyft from Salt Lake City International Airport to Hatch Park, which was after she returned from her grandmother’s funeral in California; her last text was at 2:58 a.m., and the Lyft driver left her at the park at 2:59 a.m. Cops said that Ajayi’s cell phone placed him at the location.

“SeekingArrangement delivers a new way for relationships to form and grow. Sugar Babies and Sugar Daddies or Mommas both get what they want, when they want it,” the app’s website says.

Ajayi’s lawyer Neal Hamilton said in court that his client “had decided that he would murder Ms. Lueck before the meeting took place.” Before Ajayi left to meet Lueck at Hatch Park, he turned off security cameras in his home—knowing what he was about to do. When the two got to his house, Ajayi tied Lueck up with zip ties and strangled her with a belt as she lie on her stomach.

Authorities said they discovered a freshly dug site in Ajayi’s yard when they executed a search warrant on June 26, 2019. They located a human bone, scalp with hair, muscular tissue, and a cell phone. They also found charred black fabric in a nearby alleyway.

During the investigation, a neighbor told cops there was a “horrible smell” coming from Ajayi’s backyard. The person said they saw Ajayi pouring gasoline on a fire in a pit. The suspect’s cell phone also placed at Logan Canyon on June 19. Authorities searched that area and found disturbed soil. The District Attorney’s office said that was where they found Lueck’s charred remains on July 3. She was missing part of her scalp and had a 5-centimeter hole in her head.

The autopsy determined that Lueck had sustained blunt force trauma to the left side of her head.

After Ajayi’s arrest, his estranged wife, Tenisha Ajayi of Dallas, Texas, told KUTV that she cut off all communication with him because he threatened to have someone kidnap and kill her. Despite this threat, Tenisha said she didn’t believe her estranged husband was “someone that would harm a child.”

Tenisha said that she cut off communication with her ex because he got “real aggressive” when she didn’t do what he demanded, ultimately threatening to have “someone come kidnap [her] and kill [her].”

A former roommate would also say that Ayoola Ajayi had a bad temper.

Ajayi hired contractors to do some work on his home, and those workers reported strange conditions. In an oft-discussed detail, one contractor said Ajayi once tried to hire him to make a soundproof room with hooks on the wall, also featuring a fingerprint scanner for entry. A cleaner separately said that she noticed a lot of cameras at his home, especially in the master bedroom.

In another chilling aspect to the case, a book Ajayi authored was pulled down from Amazon. Forge Identity, a book apparently inspired by true events, is a self-published novel “about a teenager who witnessed his friend and his neighbor burn to death.” Ajayi’s Amazon author bio is still online:

Ayoola Ajayi was born and raised in Africa. He has been a salesman, an entrepreneur, and a writer. He has survived a tyrannical dictatorship, escaped a real life crime, traveled internationally, excelled professionally in several industries, and is currently curating a multi-platform advertising campaign for his debut novel, Forge Identity, a sample of which can be found on Kindle, Amazon, Facebook, and any current social media. He lives in salt lake

The plea deal in the Lueck case also included admissions of guilt in an unrelated sexual assault of a woman in March 2018.

Ajayi had been accused of “intensely” kissing and forcefully groping the victim at his home before holding her down and biting her three times when she tried to escape. The two also met on a dating app, the Salt Lake Tribune reported. He pleaded guilty to second-degree forcible sexual abuse in that case. The victim came forward after seeing news reports that Ajayi was accused of Lueck’s murder.

Over the course of the Lueck investigation, authorities also found pornographic images of children on Ajayi’s computer. For that, he was charged with 19 counts of sexual exploitation of a minor. Those charges were dismissed as part of the plea deal.

Ajayi said “[g]uilty, your honor” in a low voice when officially entering that plea on Wednesday. He will be sentenced on Oct. 23, and will get life in prison without parole.