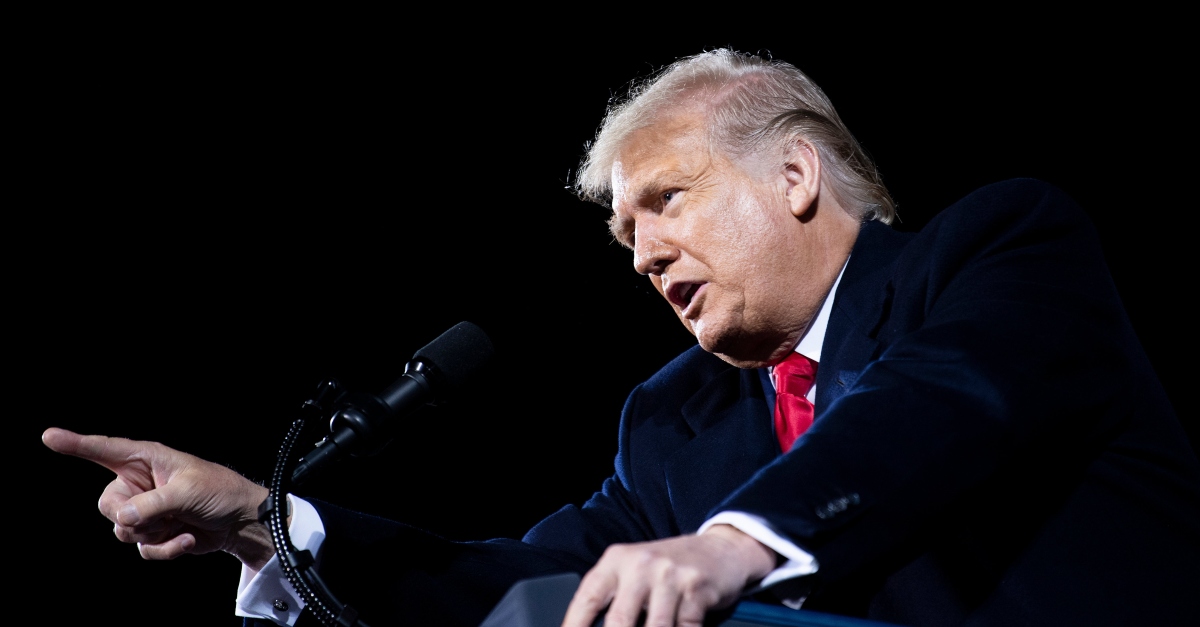 During a surprise trip to Walter Reed National Military Medical Center in November of last year, President Donald Trump required doctors and staff at the hospital to sign nondisclosure agreements (NDAs) before they were permitted to be involved in his treatment, NBC News reported Thursday. At least two of the doctors who refused to sign the agreement were reportedly not allowed to have any involvement in treating President Trump. Several attorneys pointed out that the nondisclosure agreements are almost certainly not enforceable, however.

Trump and the White House have since claimed that the unscheduled hospital trip was nothing more than “a routine checkup as part of his annual physical.” But unlike his 2017 and 2018 annual physicals, employees at Walter Reed did not get staff-wide notice about the president’s visit, nor was any public announcement made prior to the visit. Such anomalies raise numerous questions about the true nature of the president’s medical treatment.

Further complicating the matter is the fact that every healthcare provider and doctor in the U.S. is subject to the Health Insurance Portability and Accountability Act (HIPAA), which, among other things, prevents the disclosure of any information that “relates to past, present, or future physical or mental health or condition of an individual.”

Additionally, per NBC, “all personnel assigned to the White House Medical Unit, which treats the president and the vice president day to day, are required to have special ‘Yankee White’ security clearance. To obtain the clearance, they must be U.S. citizens and undergo extensive background checks.”

But because the staff at Walter Reed is largely composed of members of the military, who are employees of the federal government, the president’s NDAs are very likely not enforceable.

“Walter Reed doctors – those NDAs are not enforceable. As federal employees, you can be constrained by clearance NDAs but not personal ones,” national security attorney Bradley P. Moss said.

Walter Reed doctors – those NDAs are not enforceable. As federal employees, you can be constrained by clearance NDAs but not personal ones.

Feel free to reach out for legal guidance. https://t.co/PaH2VWLJEJ

In an email to Law&Crime, Moss further explained why the agreements have no legal effect.

“Given the breadth of things already encompassed by HIPAA and the medical ethics guidelines that apply to doctors and many medical personnel, any personal NDA the president tried to have these individuals sign is likely more about non-medical discussions to which they were privy by virtue of their presence in the room at the same time as the president’s political advisors,” he said. “Such an NDA regarding unclassified information is unenforceable.”

“These are government employees and elected officials are not permitted to force silence upon them,” he tweeted. “This looks like a cover up.”

These are government employees and elected officials are not permitted to force silence upon them. This looks like a cover up. https://t.co/JEwrfjo7YN

These takes regarding the unenforceability of the agreements are supported by legal precedent. The U.S. Court of Appeals for the District of Columbia Circuit ruled in the 1983 case McGehee v. Casey that former government employees cannot be proscribed from speaking about their public employment, holding that the government “has no legitimate interest in censoring unclassified materials.”