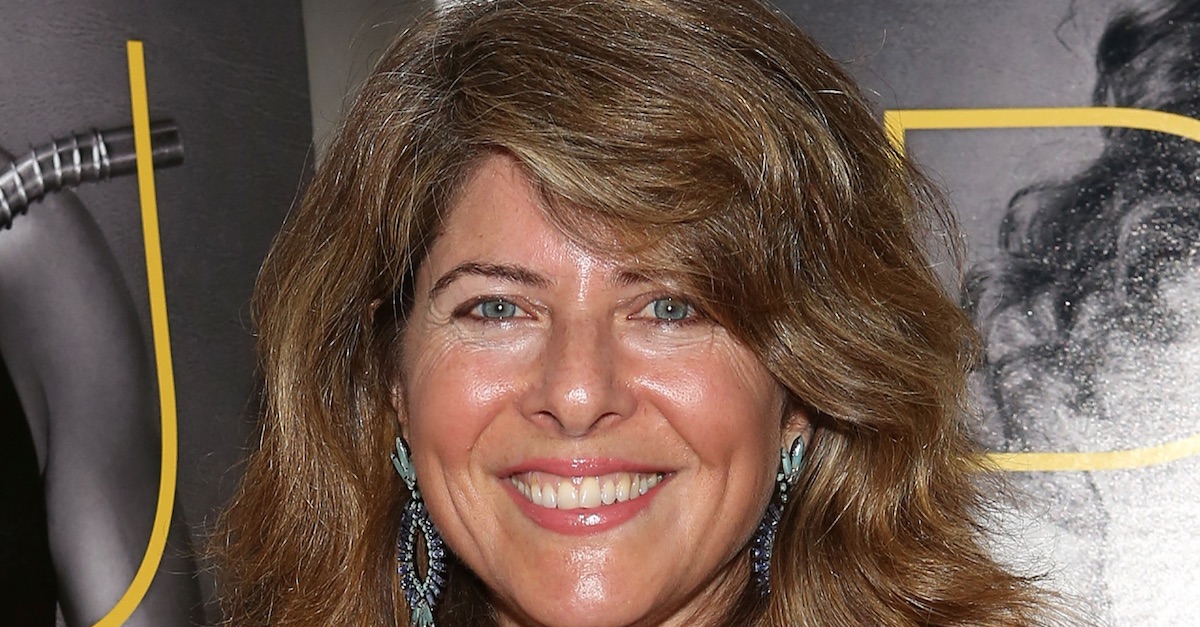 Naomi Wolf‘s thesis from her new book was blown up after a BBC interviewer informed the author during an interview that she had misunderstood a British legal term of art.

Wolf’s book, Outrages, stated that dozens of men were arrested and executed in Great Britain in the 19th Century for committing sodomy. While Wolf believed that “death recorded” meant that the execution was carried out, BBC radio host Matthew Sweet said the legal term actually meant something else:

It doesn’t mean he was executed. It was a category that was created in 1823 that allowed judges to abstain from pronouncing a sentence of death on any capital convict whom they considered to be a fit subject for pardon. I don’ think any of the executions you’ve identified here actually happened.

“Well, that’s a really important thing to investigate,” Wolf said after a pause.

Everyone listen to Naomi Wolf realize on live radio that the historical thesis of the book she's there to promote is based on her misunderstanding a legal term pic.twitter.com/a3tB77g3c1

One example from Wolf’s book that was debunked was of the case of Thomas Silver. Silver, 14 at the time of his sodomy conviction, was not hanged; he was paroled after serving two years in prison. Wolf wrote on Twitter, “I’d like to thank @DrMatthewSweet for calling my attention that Thomas Silver, whose death sentence I report in my book Outrages, was actually paroled two years after having been convicted, not executed. The OB record states Death Recorded, the basis for my erroneous conclusion.”

I'd like to thank @DrMatthewSweet for calling my attention that Thomas Silver, whose death sentence I report in my book Outrages, was actually paroled two years after having been convicted, not executed. The OB record states Death Recorded, the basis for my erroneous conclusion.

News of the interview promptly went viral, as it is basically a nightmare scenario for anyone purporting to inform the world about their groundbreaking discovery:

That Naomi Wolf radio interview is providing the new premise for my anxiety dreams for the next ten to fifteen years, then.

I’m going to be honest: I can’t even listen to this naomi wolf thing. Everyone is tweeting the audio and I’m envisioning a Scott’s Tots level of awkward and I feel like I want to crawl into a ball just hearing about what happened.

I named the wrong flower in a piece that was not about flowers and I still consider packing it up and changing my name and Naomi Wolf is just, how is she still here.

Wolf’s publisher released a statement saying that they are going to attempt corrections:

While HMH employs professional editors, copyeditors, and proofreaders for each book project, we rely ultimately on authors for the integrity of their research and fact-checking. Despite this unfortunate error we believe the overall thesis of the book ‘Outrages’ still holds. We are discussing corrections with the author.

It’s not immediately clear how the flawed thesis can be salvaged.

Wolf was a bestselling feminist author in the 1990s and was a political advisor to former Vice President Al Gore. She was also a Bill Clinton advisor.