Natasha Hurtado and Liliana Hurtado Could Be with Di'Last Kellie: Authorities

‘Armed and Dangerous’ Woman Stabbed Ex-Husband in Chest, Is Believed to Be with Her Missing Daughters: Authorities 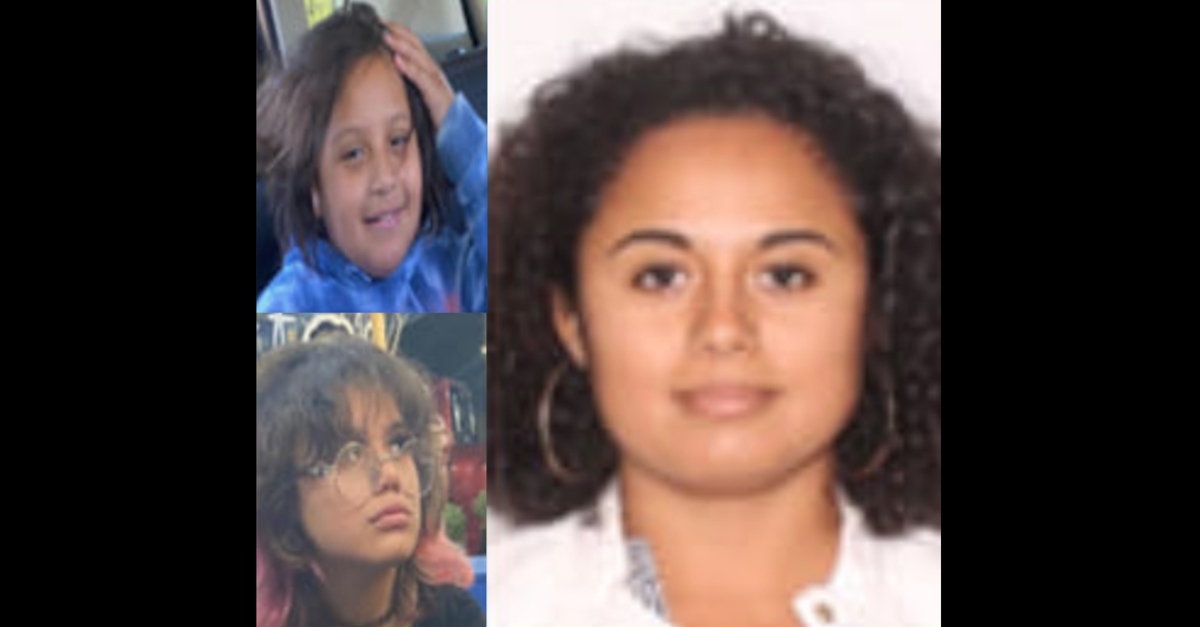 Authorities are looking for two young girls, and said that they may be with their “armed and dangerous” mother. The woman had stabbed her ex-husband, putting him in critical condition, deputies said.

Natasha Hurtado, 10, and Liliana Hurtado, 13, could be with Di’Last Kellie, 32, the Florida Department of Law Enforcement announced on Sunday posts to Facebook and Twitter. (Authorities have also spelled the 13-year-old’s name as “Lilianna” with two ns.)

“At around 5:30 p.m. on November 13th, 2021, deputies responded to the Colonial Grand Apartment in unincorporated Lake Mary in reference to a stabbing,” deputies wrote. “The male victim told deputies his ex-wife, Di’Last Kellie, stabbed him in the chest with a knife then fled the scene in an unknown direction of travel. The victim was transported to a local hospital in critical condition. It is believed two of Di’Last’s daughters, ages ten and 13-years-old, are currently with her.”

The kids were last seen around the 1140 block of Greenstone Boulevard in the Seminole County community of Heathrow, the FDLE said. This is less than a half-hour estimated drive north of Orlando.

“The children may be in the company of Di’Last Kellie, who was last seen wearing a black hoodie,” the FDLE said. “Di’Last Kellie is believed to be armed and dangerous. If located, DO NOT APPROACH. Contact law enforcement immediately.”

An FDLE spokesperson did not immediately respond to a Law&Crime request for more information.

Update – 6:46 p.m.: We added more information on the case from a sheriff’s office post.