Wanted Bank Robber Lived Out His Days as ‘Loving, Wonderful Husband and Father’ 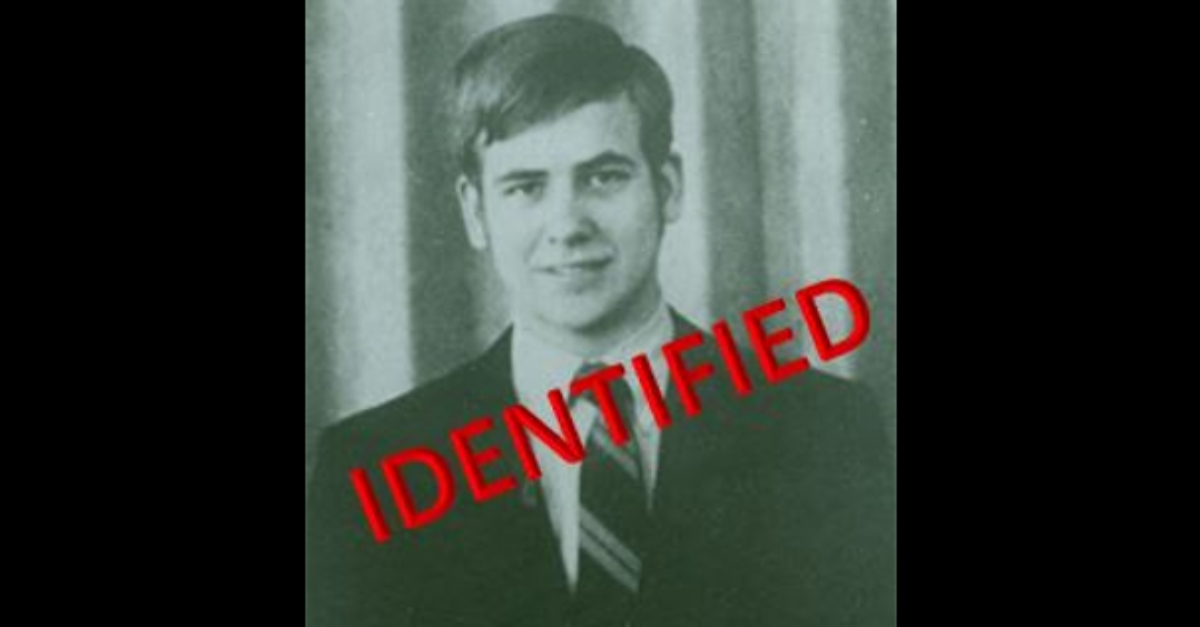 Federal investigators said they found a wanted bank robber, but not before he died from lung cancer. A woman at a Lynnfield, Massachusetts, home declined to comment when WFXT reporter Jason Law was at the door. She said she did not want to be on TV, but did take the time to speak warmly of the late Thomas Randele. His birth name, U.S. Marshals said, was Theodore John Conrad.

“He was a loving, wonderful husband and father, and we’re still grieving his loss,” she said.

A woman at Thomas Randele’s Lynnfield, Mass. home told us “He was a loving, wonderful husband and father. We’re still grieving his loss.”

U.S. Marshals say Randele robbed an Ohio bank in 1969 and lived in Mass. for more than 50 years. @boston25 https://t.co/6UhC94maiq pic.twitter.com/l31CeycHMj

The U.S. Marshal’s announcement on Friday marked the end of a search spanning more than five decades.

Conrad, then a 21-year-old employee at the Society National Bank in Cleveland, Ohio, simply walked out of there with a hefty amount of money on July 11, 1969.

“He walked out at the end of the day with $215,000 (equivalent to over $1.7 million in 2021) in a paper bag and vanished. Conrad, age twenty, pulled off one of the biggest bank robberies in Cleveland, Ohio history,” authorities said in a statement. “It was not until the following Monday morning when Conrad failed to report to work, that the bank checked their vault only to find the missing money along with their missing employee. From there Conrad, and the money he stole, had a two-day head start on law enforcement.”

Conrad made use of that head start, evading detection for just over a half-century.

The young man was a huge fan of the then-new Steve McQueen heist film “The Thomas Crown Affair,” watching it more than half a dozen times.

“The movie was based on the bank robbery for sport by a millionaire businessman, and Conrad saw it more than a half dozen times,” Marshals wrote. “From there he bragged to his friends about how easy it would be to take money from the bank and even told them he planned to do so.”

According to authorities, however, Conrad ended up moving to Massachusetts, where he lived out his life as Thomas Randele. He died of lung cancer in May 2021 at the age of 71.

“This is a case I know all too well,” he said. “My father, John K. Elliott, was a dedicated career Deputy United States Marshal in Cleveland from 1969 until his retirement in 1990. My father took an interest in this case early because Conrad lived and worked near us in the late 1960s. My father never stopped searching for Conrad and always wanted closure up until his death in 2020. We were able to match some of the documents that my father uncovered from Conrad’s college days in the 1960s with documents from Randele that led to his identification. I hope my father is resting a little easier today knowing his investigation and his United States Marshals Service brought closure to this decades-long mystery. Everything in real life doesn’t always end like in the movies.”