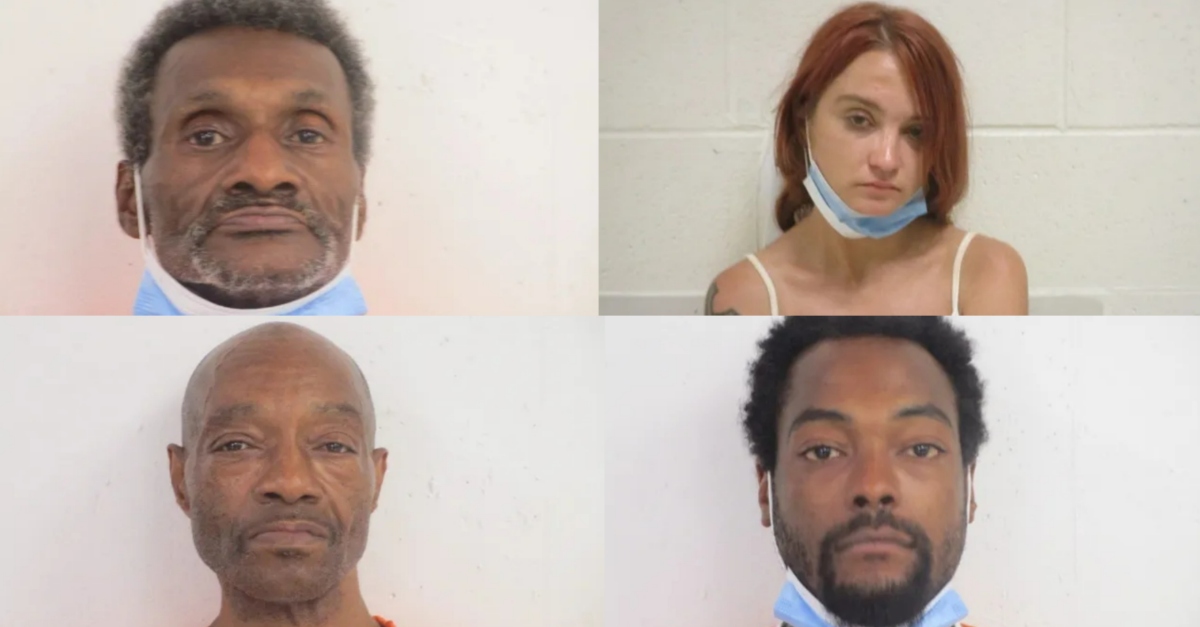 When an Ohio electrician left home for work last week, it was the last time any loved ones saw him alive. Now four people are charged with murdering him.

Victor Huff, 47, was found Aug. 4 in the Ohio City neighborhood of Cleveland, according to local reports. He was wrapped dead in a tarp. The Cuyahoga County Medical Examiner determined he had been shot multiple times.

Three of the four murder defendants pleaded not guilty in an arraignment Wednesday in Cleveland Municipal Court, according to WOIO:

The fourth suspect, Lavell D. Taylor, 28, is scheduled to be arraigned on Thursday.

Authorities are untangling the mystery of what happened to Huff and the motivation behind his disappearance and death. He had gone missing Aug. 2 from the Cleveland-area city of Lakewood.

Huff was last seen saying goodbye to his wife, who was in bed, said Lakewood Police Captain Gary Stone, according to WTVF. He left work as usual. It was 5:30 a.m.

“He left his home and then didn’t report for work that day and was a no-show the following day,” Stone said.

There were two ATM withdrawals from his account, officers said. The first was a half hour after he left home. It was for $400. Then, at 7 a.m., there was a $100 withdrawal.

There was a snapshot of his license plate going eastbound on Lake Avenue at West 117 Street in the city of Lakewood, cops said.

His mother arrived at the station on Aug. 3 to tell police about the money withdrawals and also about her son’s mental health, Stone said.

47-year-old Victor Huff had been reported missing by friends last week. The exact circumstances surrounding his killing are not known at this time. https://t.co/WR21NEzNnR

“That’s why we take a report when someone does not report to work or calls off from work. There is some depression-related issues, they’re not returning phone calls that raise red flags so we’re going to investigate it,” Stone said.

According to Stone, Huff’s wife saw her husband’s Chevy Silverado on Aug. 4 on West 52nd Street at Franklin Boulevard in the Ohio City neighborhood. A woman in dark hair was driving it. The wife followed. The truck sped off at Lorain Avenue.