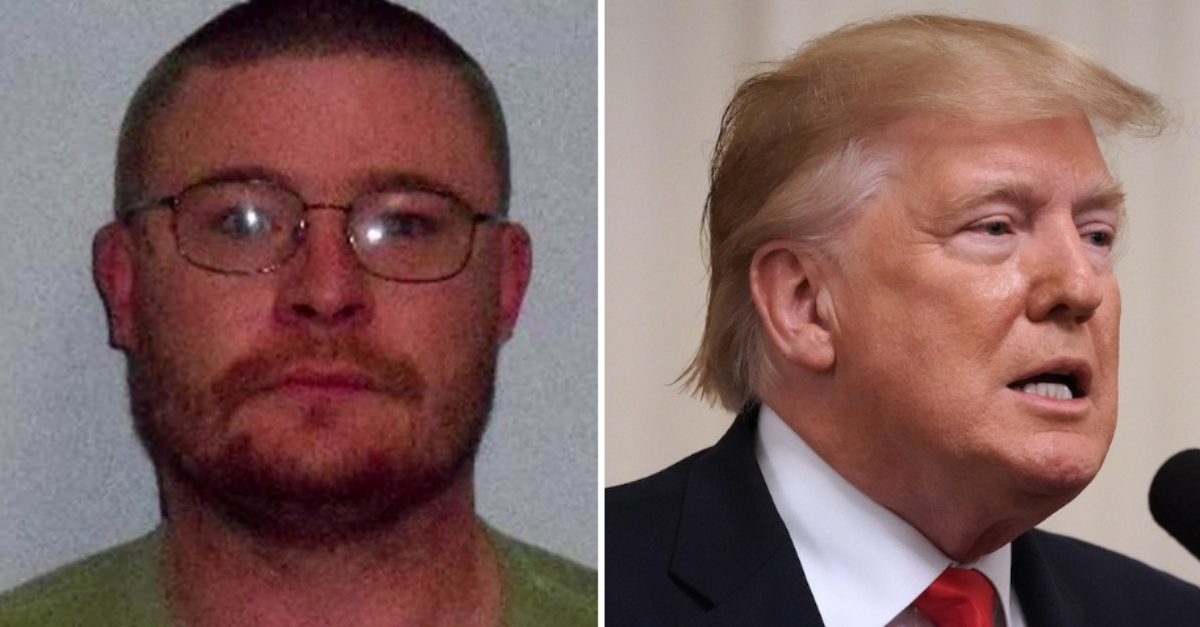 The lawyer for a man charged with attacking and seriously injuring a 13-year-old boy during the national anthem at a Montana county fair is coming forward with a striking defense: the alleged assault happened because of a combination of his client’s brain damage and incendiary rhetoric from President Donald Trump.

“His commander in chief is telling people that if they kneel, they should be fired, or if they burn a flag, they should be punished,” attorney Lance Jasper told The Missoulian. “He certainly didn’t understand [the attack] was a crime.”

Defendant Curt Brockway is being charged with felony assault on a minor in Mineral County. He attacked a 13-year-old boy at a fair, deputies said. Witnesses reportedly said that the alleged assailant slammed the victim to the ground for not removing a hat during a rendition of the Star-Spangled Banner.

The boy “was definitely bleeding out of his ears; he was scared,” Taylor Hennick told NBC News. “He seemed shocked and out of it and wondering why he was being hit.”

This witness claimed that Brockway insisted the attack was justified. The defendant claimed the 13-year-old “was disrespecting the national anthem by wearing this hat.”

Brockway allegedly told deputies that he asked the teen to remove the hat and that the boy responded with an expletive.

Jasper, the attorney, said he wants a mental health evaluation for his client. He said that Brockway suffered a serious brain injury to the frontal lobe which occurred during a 2000 vehicle crash. This led to the defendant being discharged from the U.S. Army because of disability, said the lawyer.

A combination of the brain damage — which hindered Brockway’s judgment and problem-solving abilities — and Trump’s rhetoric contributed to the attack, said the lawyer.

“Trump never necessarily says go hurt somebody, but the message is absolutely clear,” Jasper said. “I am certain of the fact that [Brockway] was doing what he believed he was told to do, essentially, by the president.”

Brockway was released on his own recognizance on Monday, according to KPAX. The defendant previously received a suspended prison sentence after being convicted for pulling a gun and threatening to kill a family of three.

Deputies said the boy injured at the fair was airlifted and hospitalized as a result of the attack. He has reportedly been released from treatment.

The White House did not immediately respond to a Law&Crime request for comment.

[Mugshot of defendant via Mineral County; image of Trump via Chip Somodevilla/Getty Images.]