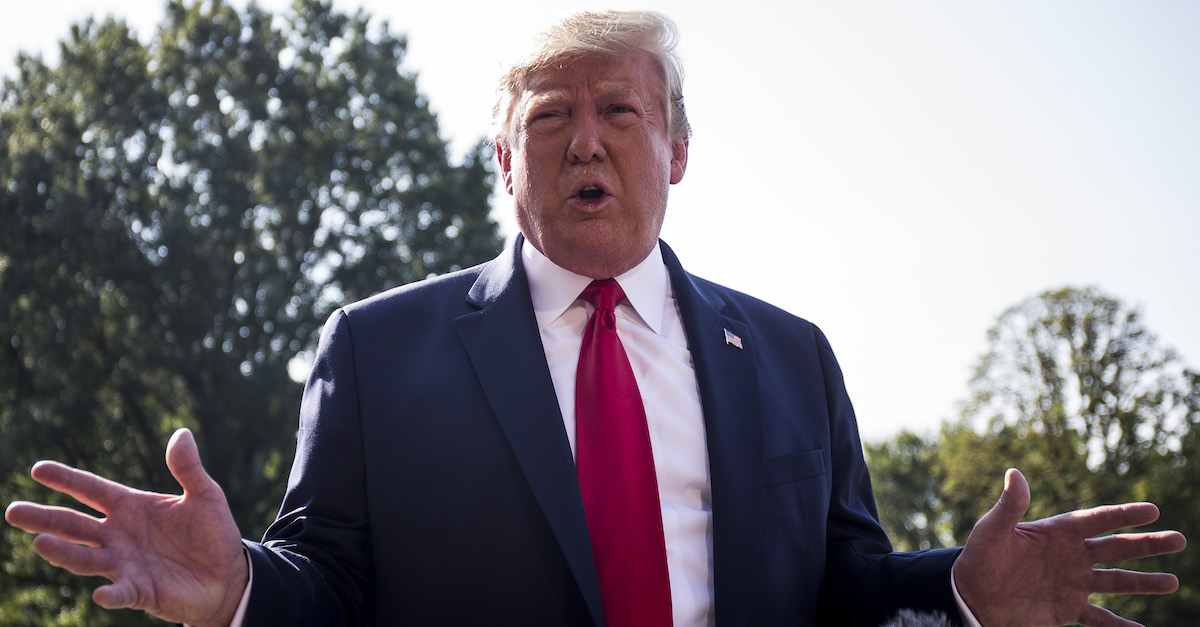 President Donald Trump‘s first stop upon landing in a El Paso, Texas, was the University Medical Center (UMC), but while there, several victims refused to speak with him.

According to a report by the Washington Post, eight shooting victims, who are still undergoing treatment, didn’t want to meet with the president.

“This is a very sensitive time in their lives,” said UMC spokesman Ryan Mielke. “Some of them said they didn’t want to meet with the president, some of them didn’t want any visitors.”

For many Texans, there is a clear parallel between Trump’s rhetoric of late and a manifesto that’s been linked to alleged El Paso gunman Patrick Crusius. The manifesto contains overtly anti-immigrant and anti-Hispanic themes as well as conspiratorial ramblings regarding the Democratic Party.

White House Press Secretary Stephanie Grisham claimed that the president and first lady Melania Trump were “received very warmly by not just victims and their families, but by the many members of medical staff who lined the hallways to meet them. It was a moving visit for all involved.”  Official White House images of the event portrayed such a scene.

The White House didn’t let journalists to into the meeting between Trump and the victims’ families, and Trump mostly kept out of the public eye while in El Paso.

Following his visit, Trump complained that the “Fake News worked overtime trying to disparage” him in the wake of the shooting, but that the meeting was full of “love, respect and enthusiasm.”

Leaving El Paso for the White House. What GREAT people I met there and in Dayton, Ohio. The Fake News worked overtime trying to disparage me and the two trips, but it just didn’t work. The love, respect & enthusiasm were there for all to see. They have been through so much. Sad!

As of now, there are five people at UMC in critical condition and three in serious condition. These hospitalized victims also reportedly refused to meet with Senator Ted Cruz (R-Tex.), but were open to visits from Democratic representatives Veronica Escobar (D-Tex.) and Jesús Garcia (D-Ill.).

As tensions surrounding gun control continue to rise, even visiting shooting victims seems to have become a partisan issue.