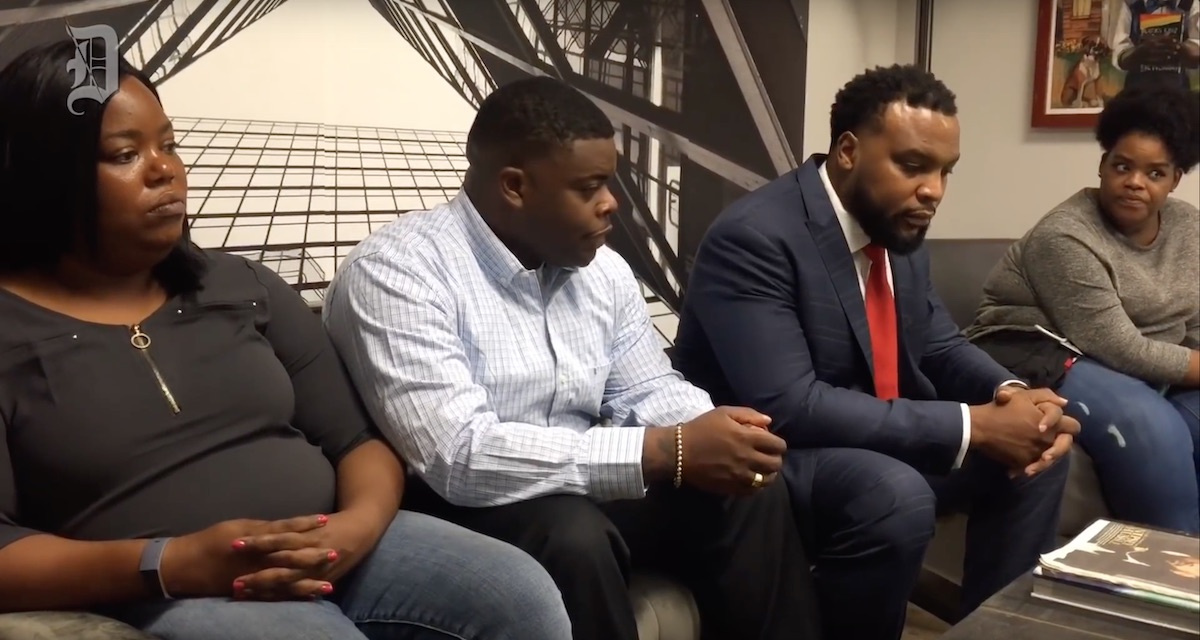 Yolanda Carr, Atatiana Jefferson’s mother, has died in the Forth Worth home where her daughter was shot and killed by a police officer back in October.

BREAKING: Attorney Lee Merritt tells @wfaa the mother of Atatiana Jefferson has died in the home where she was shot and killed by a Fort Worth police officer in October. Police are on the scene pic.twitter.com/aozc8qZE9t

Carr’s death occurs two months after Marquis Jefferson, Atatiana Jefferson’s father, suffered a heart attack and died. At the time, a family spokesperson said he “died of a broken heart.”

Merritt said that Carr had “recently taken ill.” The cause of her death has not yet been determined.

We just learned Yolanda Carr, the mother of #AtatianaJefferson, passed away in her home early Thursday morning. Atatiana was killed by a Fort Worth, TX police officer while serving as the caregiver for Ms. Carr who had recently taken ill. Memorial Service details will follow. pic.twitter.com/3YkSdCzuu4

“We just learned Yolanda Carr, the mother of #AtatianaJefferson, passed away in her home early Thursday morning. Atatiana was killed by a Fort Worth, TX police officer while serving as the caregiver for Ms. Carr who had recently taken ill,” Meritt tweeted. “Memorial Service details will follow.”

Attorney Lee Merritt who has been speaking on behalf of the family says Yolanda Carr had recently taken ill.

CBS 11 reported that Yolanda Carr, crying in a hospital bed, said, “At least we know that justice was served, and he will be accountable for murder.”

Members of Jefferson’s family demanded justice during an emotional press conference. The press conference was held on the same day that Dean went on to be charged with murder.

Jefferson’s brother, Adarius Carr, said, “This man murdered someone. He should be arrested.” Ashley Carr, one of Jefferson’s older sisters, said that her deceased loved one was “killed by a reckless act.”

“There is simply no justification for [the officer’s] actions,” she said.

Amber Carr, the victim’s older sister by 11 months, said it was her 8-year-old son that Jefferson was watching when she was killed. She also said her son was the first to tell her what happened. Jefferson was playing video games with the boy before she was shot. He witnessed the killing.

Merritt called for Dean to be “vigorously prosecuted,” saying he should be “treated like any other criminal suspect in the criminal justice system.”

“She was playing video games with her nephew when they heard what they believed to be a prowler creeping around the back window of the home,”Merritt said. “When she went to see what was going on she was confronted by an officer with his gun drawn shouting commands. With just seconds to comply, she was shot through the window.”

A neighbor had called police at a non-emergency number because he was concerned that the front door of Jefferson’s home was open.

James Smith, 62, told reporters that he got a call from his niece that his neighbor’s front doors were open. He said this was unusual for Jefferson; he saw all the lights in the house were on. He said he called officers to the scene, but meant it only as a welfare check to make sure everything was okay. Smith said he gave no indication that this would have been a dangerous situation justifying officers approaching with their guns drawn. Smith said he didn’t know what was going on at the home, but maintained that Jefferson would not have been a threat.

“The front doors have been open since 10 p.m., and I haven’t seen anyone leave the house,” Smith told authorities.

Dean responded to the scene and killed Jefferson.

Police announced that Jefferson was shot and killed when officers responded to an Open Structure call. They noted that a front door to the residence was open. Responding officers searched outside the home, and saw a person standing inside near a window.