‘As Immoral As It Is Illegal’: Betsy DeVos Accused of ‘Siphoning’ Pandemic Relief Funds to Private Schools 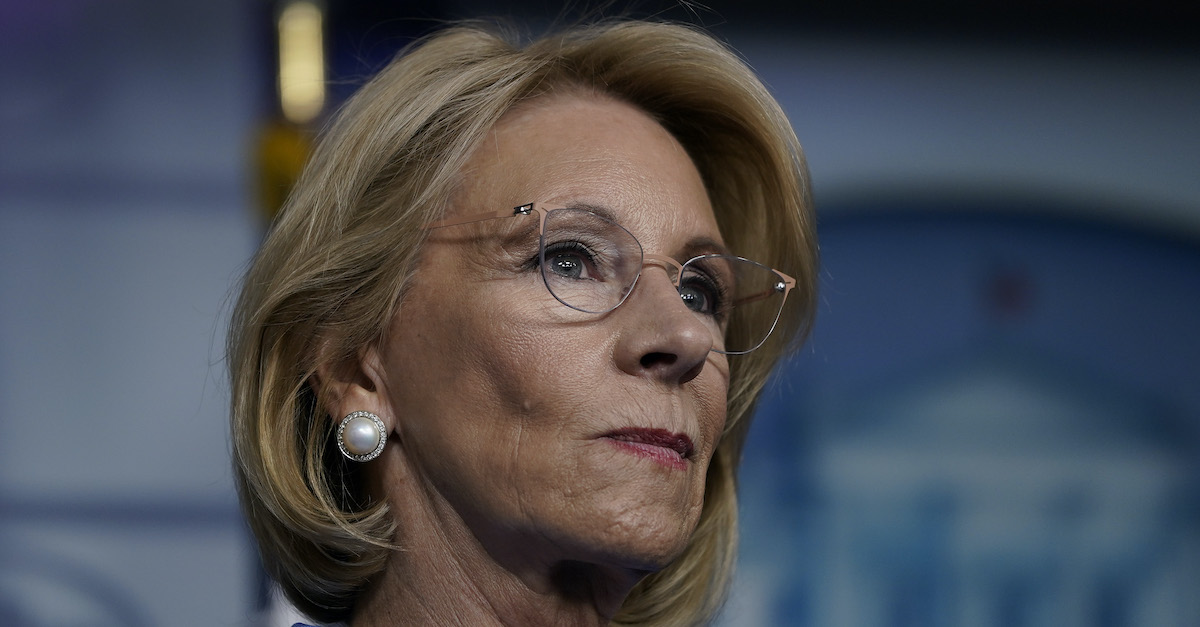 A coalition of public schools and parents joined the NAACP in a lawsuit accusing U.S. Secretary of Education Betsy DeVos of unlawfully funneling pandemic relief funds away from economically disadvantaged schools to disproportionately benefit the coffers of wealthier private institutions.

Under the CARES Act, public school districts were directed to calculate the amount of money to allocate to disadvantaged private school students based on the number of local students from low-income homes who attend private school.

However, according to the lawsuit, DeVos issued guidance “purporting to interpret” how districts should apportion private school funding that directly contradicts that language of the law.

The plaintiffs contend that the consequences of DeVos’s rule were “as obvious as they were severe” AND resulted in hundreds of millions of dollars in federal funds being diverted from public school students to private-school students.

“The Rule is as immoral as it is illegal. In a moment of crisis—when public school districts are called upon to educate their students in unprecedented circumstances, to protect their students and staff from disease, and to feed families who have been plunged into poverty, all with decimated state and local revenues—it is unconscionable for Defendants to siphon away the CARES Act’s desperately needed funds for the benefit of more affluent private-school students,” the lawsuit said. “The Rule will most negatively impact students in high-poverty districts; because of long-standing institutional racism, students of color are disproportionately represented in those schools and districts, whereas white students are disproportionately enrolled in the private schools to which the Rule attempts to funnel federal funds.”

DeVos – who has always been a strong supporter of private schools – last month defended her agency’s interpretation in a call with reporters by claiming there was nothing in the law directing the aid to be allocated to disadvantaged students.

“The CARES Act is a special, pandemic-related appropriation to benefit all American students, teachers, and families impacted by coronavirus,” said Secretary DeVos. “There is nothing in the law Congress passed that would allow districts to discriminate against children and teachers based on private school attendance and employment.”

The lawsuit seeks to have a federal judge grant an injunction preventing DeVos from implementing the agency rule.

DeVos Lawsuit by Law&Crime on Scribd