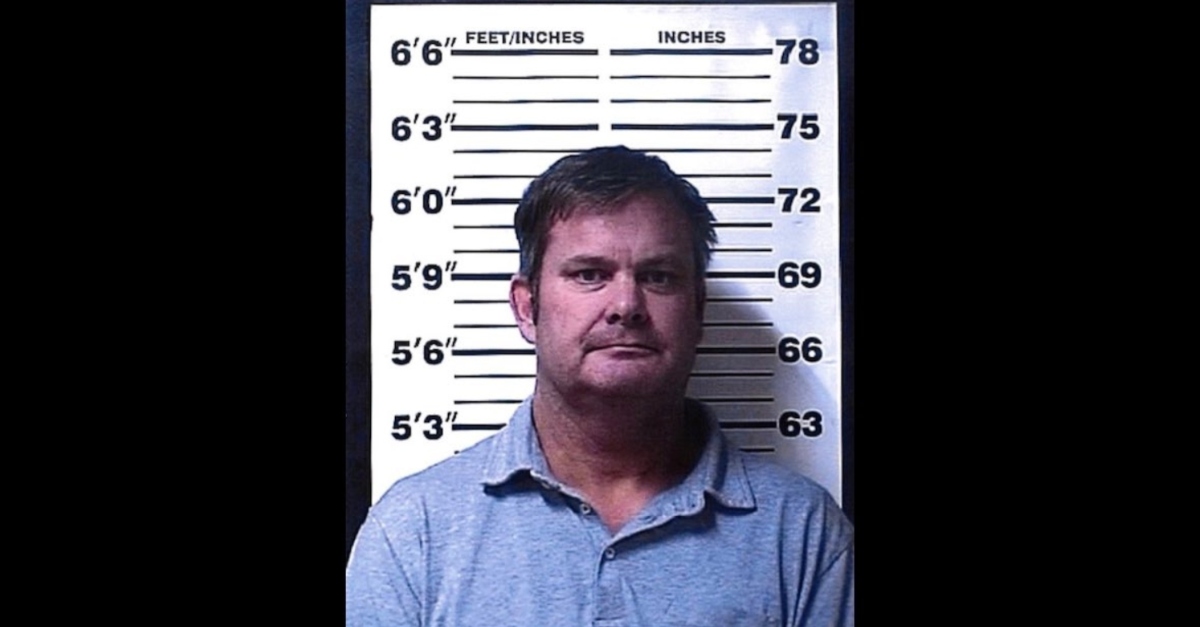 🙂 Allegedly #ChadDaybell believes tomorrow, July 22, 2020, will be the second coming. Per Melanie Gibb, #LoriVallow did her own “math” and figured it would be sometime in August. Guess we’ll find out soon! @jessecordweber @Terridaustin https://t.co/Qhv3HXSthR

Daybell is charged for allegedly hiding the bodies of his new wife’s young son and daughter: Joshua “JJ” Vallow and Tylee Ryan. The victims went missing last September and were discovered last month on Daybell’s property. It is unclear if the kids even lived long enough to technically become his stepchildren. Daybell married co-defendant Lori Daybell in Hawaii on November 5, police say.

Authorities said that Joshua was last seen Sept. 23. Tylee had been missing for even longer: Sept 8., the day of a family trip to Yellowstone National Park. Alex Cox, Lori Daybell’s brother, joined them on this visit. This uncle had shot and killed his sister’s previous husband Charles Vallow on July 11, 2019, back when the family lived in Arizona. He claimed self defense. No charges have been filed in the death, though cops have been looking into it.

Cox died in December from what Maricopa County, Ariz. officials said was a blood clot. Now, Idaho authorities say he was a co-conspirator “to commit the crime of concealing and destroying/altering evidence they knew would be produced, used, or discovered as evidence in trial, proceeding, inquiry or investigation involving felony.”

To date, no one has been charged with actually causing the deaths of Joshua Vallow and Tylee Ryan.

Lori Daybell now faces two counts of felony conspiracy in Fremont County after the discovery of the children’s bodies and faces a $1 million bond in that case. She also faces three misdemeanor counts for allegations related to the two children, including snubbing a court order to turn over the children and trying to get friend Melanie Gibb to lie to investigators. So far, she has pleaded not guilty in the misdemeanor cases and has asserted her innocence through an attorney.

Chad Daybell faces two counts of destruction, alteration or concealment of evidence and two counts of conspiracy. He has pleaded not guilty.

The couple’s purported religious beliefs do factor into the case. Their supposed beliefs in an upcoming doomsday heavily infused early coverage of the children’s disappearances. Chad Daybell is an author of multiple books about the end of the world.

As previously alleged, the victims’ mother, Lori Daybell, believed the children had become zombies. Her belief was said to be that other spirits invaded the children’s bodies and displaced their original souls, which became trapped in “limbo.” The only thing that could save the original spirit from limbo was to destroy the physical body, according to the allegations of Lori Daybell’s beliefs. Officials said Gibb visited her at her new residence in Rexburg, Idaho, and heard Lori make a disturbing claim that Joshua had become a zombie.

Lori Vallow had learned it [the belief of zombies] from Chad Daybell and immediately told Gibb. Gibb was present with Lori Vallow when Chad Daybell first taught Lori this information over the phone in early 2019 in reference to [Lori’s then-husband] Charles Vallow.

[Lori Daybell was previously known as Lori Vallow, and is in charged in Idaho under that name.]

In 2018, Chad Daybell graded the spirits Lori Vallow’s family, according to an email obtained by Fox 10 Phoenix.

For example, Alex Cox was considered a 2L, meaning a light soul of the second estate. There are supposed to be six estates, with six being the highest.

“The dark side can only match the light numbers, not exceed them,” states the document. “That is why there are a few 5’s on earth right now. It limits the dark’s power. 2’s and 3’s are fluid and can change sides during earth life. 4.1 and above have made covenants to their side. They rarely switch sides.”

Lori Vallow was ranked a 4.3L. Tylee Ryan, however, was ranked 4.1D. The girl’s biological father Joseph Ryan, who died in 2018 of an apparent heart attack, was considered a 4.3D.

“[Joseph Ryan] Is now sealed away,” according the document. Charles Vallow was ranked a 3L, and adopted son Joshua was a 4.2L.