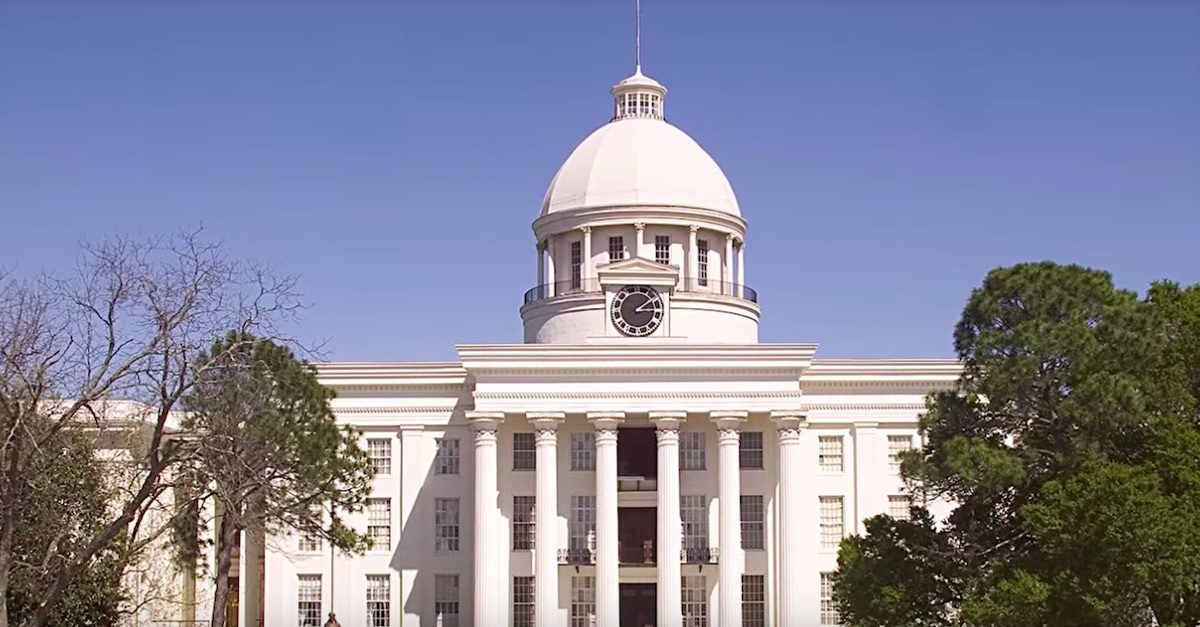 Alabama recently passed a law which requires judges to prohibit people convicted of first-degree rape and certain other sex crimes from seeking parental rights or custody of children that may have been conceived as a result of their crimes. Alabama was previously one of only two states with no statute terminating parental rights for a person found to have caused a pregnancy by rape or incest.

The new statute, known as “Jessi’s Law,” is named after a girl who was raped by her biological father.

Jessi’s Law was originally written to terminate the parental rights of people convicted of raping their own children. But, through the legislative process, the law was amended with a specific provision that parental rights be severed for any person convicted of rape, regardless of the victim’s age or relationship to the attacker, Gina Maiola, the press secretary for Alabama Gov. Kay Ivey (R), told the Washington Post.

However, activists told the Washington Post that, because the new statute only mandates termination of parental rights after conviction, victims of rape and sexual assault–the most underreported violent crimes in America–are still left extremely vulnerable.

Rebecca Kiessling, an anti-abortion family attorney whose mother was raped, told the Post that the law should “mandate judges in family-law matters to immediately suspend any legal or physical custody or parenting time if the court finds by clear and convincing evidence that the child was conceived in rape.”

Kiessling’s position on the law is personified in the story of “Jessica,” which Law&Crime reported on earlier in the month. Jessica was an Alabama woman who came forward to tell her story about being forced to allow the man who repeatedly raped and impregnated her while she was a minor to have visitation rights with their children or else face jail time.

Jessica was impregnated a total of four times as a result of being raped by her uncle throughout her teenage years. She miscarried the first child at the age of 14 then gave birth to a boy at age 16. Her second son was born when she was 18 but he contracted a disease common in cases of incest and tragically did not survive. Jessica gave birth to her youngest son when she was 19. Jessica’s attacker was never convicted for his alleged crimes despite a plethora of evidence, including a DNA test.

Making matters worse, when Jessica’s attacker was released from prison after serving his sentence for a drug conviction, he sued Jessica for visitation rights to see his children in Alabama state court and won. That left Jessica with the decision to either face the man who she says forced her to endure an adolescence of “continuous rape,” or else spend 48 hours in jail for each denied visit.

Because Jessica’s attacker was never convicted of rape, the new law does not offer her any additional protections.

The lack of protections for victims of rape and incest had become increasingly significant since Gov. Ivey signed the nation’s most stringent abortion ban into law on May 15.