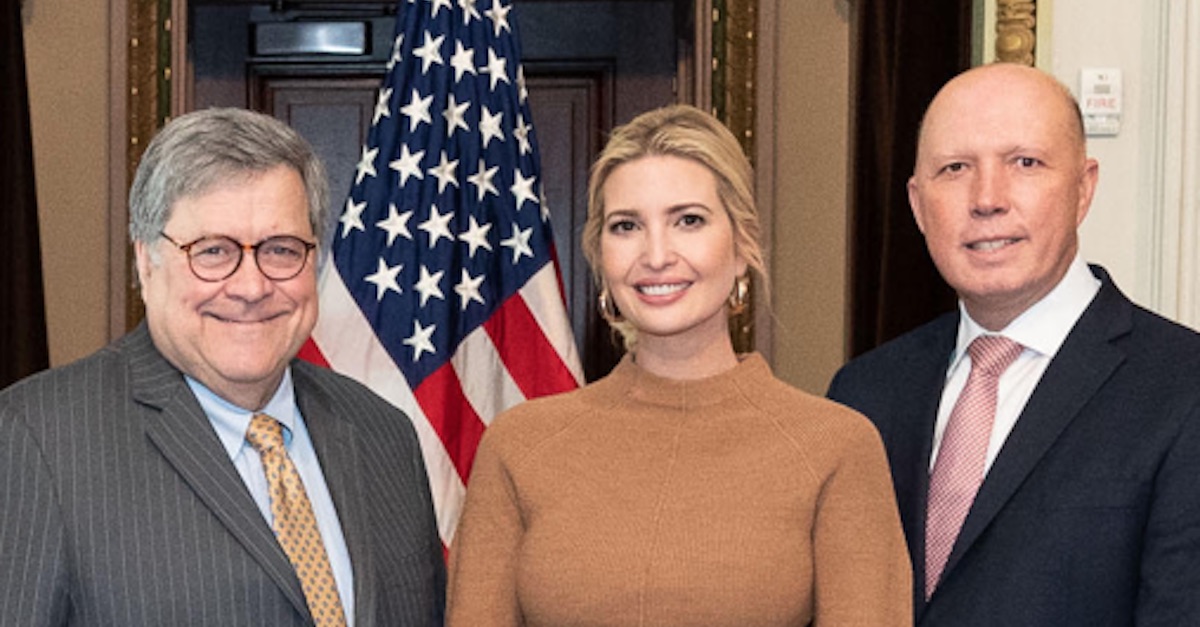 White House counselor Kellyanne Conway was also in the picture.

On Friday morning, Dutton announced that he was the latest public official to contract the virus.

“This morning I woke up with a temperature and sore throat. I immediately contacted the Queensland Department of Health and was subsequently tested for COVID-19. I was advised by Queensland Health this afternoon that the test had returned positive,” Dutton said. “It is the policy of Queensland Health that anyone who tests positive is to be admitted into hospital and I have complied with their advice.”

“I feel fine and will provide and update in due course,” he added.

On Saturday, President Trump himself and Vice President Mike Pence met shoulder-to-shoulder at Mar-a-Lago with a Brazilian official who has since tested positive for COVID-19.

“Both the President and Vice President had almost no interactions with the individual who tested positive and do not require being tested at this time,” White House Press Secretary Stephanie Grisham in response.

Multiple Republican lawmakers remain in self-quarantine after coming into contact a person at the Conservative Political Action Conference (CPAC) who later tested positive for COVID-19.

[Image via Australian Embassy in US/screengrab]