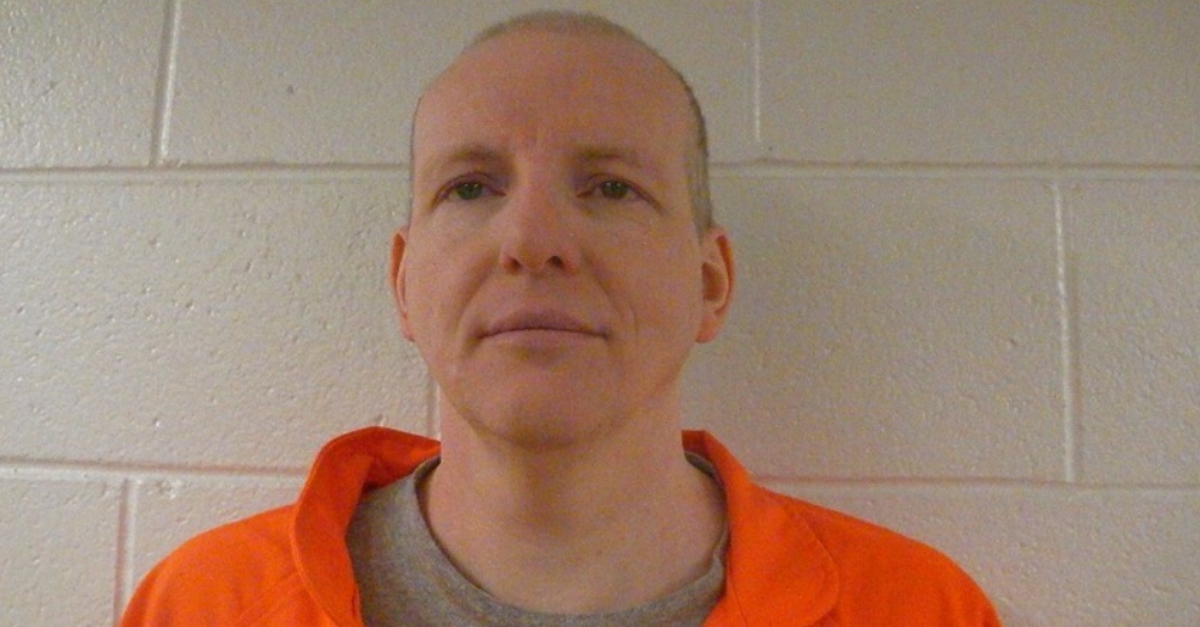 A federal judge has vacated the guilty plea and death sentence of 54-year-old Utah prison inmate Von Lester Taylor, who was prosecuted in the brutal murders of Kay Tiede, 51, and her mother Beth Potts decades ago.

In a Tuesday opinion, U.S. District Court Judge Tena Campbell determined that the petitioner’s former attorney Elliott Levine did such a bad job that it violated the defendant’s constitutional right to effective assistance of counsel.

Any murder is horrifying by definition, but what the killers did to Tiede and her elderly mother was something more. Taylor, then 25, and co-defendant Edward Steven Deli, then 21, were burglarizing a mountain cabin when the victims walked in on them, according to authorities in a 1990 Associated Press story. The women were shot and killed. Tiede’s husband Rolf Tiede, then 51, was shot in the face, but survived. The couple’s daughters, ages 17 and 20, were kidnapped but cops saved them from their captors.

As described in Campbell’s ruling, Rolf Tiede had been shot in the face with bird shot pellets, and the cabin had been set on fire.

Deli got off comparatively easy. He went to trial for two counts of capital murder, was convicted of second-degree murder, and then sentenced to life.

Taylor received a stiffer penalty even though he officially acknowledged wrongdoing. He pleaded guilty on May 1, 1991, six days before his trial, according to the opinion. Even so, prosecutors refused to take a possible death sentence off the table.

Essentially, Levine is accused of half-assing the penalty phase. From the ruling:

The United States Supreme Court’s admonition that an attorney’s strategic choices should be accorded great deference is tempered by the requirement that the attorney’s decision about the need for, or the scope of, the investigation should be based on “informed legal choices” …

But Mr. Levine was not informed when he advised Mr. Taylor, and he made little to no effort to become informed. There was no articulated, or conceivable, strategic reason for failing to hire an investigator and experts in a death penalty case.

The long and short of it is the judge determined that the defendant’s decision to plead guilty was based on “inexcusably uninformed advice” from Levine.

Taylor’s team has been trying to argue that Deli’s .44 magnum, not Taylor’s .38 special, caused the women’s fatal injuries.

The court decided that if Taylor had gotten more informed advice, it’s likely that the defendant would’ve decided to go to trial instead of pleading guilty.

“The record shows there is a reasonable probability that, but for trial counsel’s failure to investigate, Mr. Taylor would not have pleaded guilty to two capital murders and would have insisted on going to trial with evidence that Mr. Deli, not Mr. Taylor, caused the deaths of Kaye Tiede and Beth Potts,” Campbell wrote.

Utah state bar records viewed by Law&Crime show that Levine’s law license is currently suspended. There was no contact information. He could not be reached for comment as of press time.

Prosecutors don’t want to let go of the guilty plea and death sentence. The Utah Attorney General’s Office said they plan on appealing the ruling, according to Deseret News.

Taylor has spent years arguing that he should get another opportunity to show that he’s innocent. Linae Tiede Coats, Kay Tiede’s daughter, opposed this in no uncertain terms.

“He said, ‘Every time I kill someone, it still messes with my head.’ He pointed to his big, fuzzy head,” she said in a 2016 AP report. “He’s guilty.” Prosecutors have argued that Taylor was the main aggressor in the crime, not Deli.

You can read the opinion below.

[Image via Utah Department of Corrections]