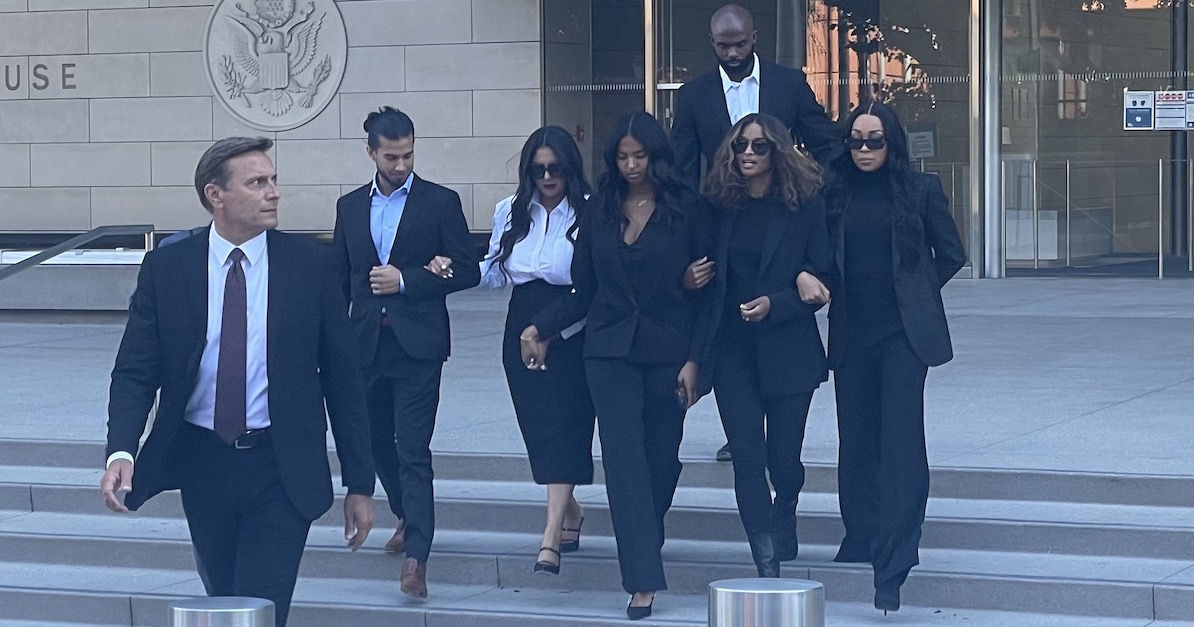 U.S. District Judge John F. Walter on Wednesday gave Bryant’s attorneys until Sept. 19 to say whether they’ll pursue the California invasion of privacy claims he separated from the federal civil rights claims before trial, which ended Aug. 24 after 10 days of testimony.

The claims brought under California law relate to the taking of the photos, whereas the federal claims tried before Walter concerned the distribution of the photos. The state claims also include punitive damages against individual sheriff’s and fire department defendants, which jurors didn’t have the option of considering when they returned their $31 million verdict last week.

However, Walter on Friday reduced Bryant’s award by $1 million after learning the jury intended to compensate Bryant and Chester equally at $15 million apiece. Bryant’s lead lawyer, Luis Li, said she consented to the adjustment, which allowed the judge to reduce her award without calling back in the jury for questioning.

“I wanted to say that Mrs. Bryant truly feels that it’s a just result that she was awarded the same amount as Mr. Chester,” Li said Friday, according to a transcript. “From her heart she feels that.”

The money is for emotional distress Bryant and Chester suffered — and will suffer — for knowing graphic photos of their spouses’ and daughters’ remains were shown publicly, including at a bar and during cocktails at an awards gala, and for what they described to jurors as their unending fear that the photos will someday surface on the Internet or elsewhere.

Under federal law, Chester and Bryant can recover additional money from the county to pay for the attorney fees they’ve incurred in the nearly 2.5 years of litigation. The exact amount will be addressed through forthcoming legal motions. Li said Bryant plans to donate proceeds from the verdict to the Mamba & Mambacita Sports Foundation, a charity she created in Kobe and Gianna’s honor.

County lawyer Jason Tokoro said in court Friday that the county may seek to delay the attorney fees motions until after Judge Walter rules on a dismissal motion brought by the county under Rule 50 of the Federal Rules of Civil Procedure, which is a routine move in federal civil trials. Walter has already rejected the county’s initial motion, but Tokoro said that the lawyers will file a renewed motion that will lead to more fees for Bryant and Chester’s lawyers.

Walter feigned surprise at the mention of an attorney’s fee motion, according to the transcript.

“You mean there’s going to be an attorney’s fee motion?” the judge asked.

“There might be,” said Li, a partner at Wilson Sonsini Goodrich & Rosati.

“Shocked,” added Craig Lavoie, a partner at Munger Tolles & Olson, where Li started with Bryant’s case before moving to Wilson Sonsini in November 2021.

“They’re still considering their options, Your Honor,” said Tokoro, a partner at Miller Barondess LLP, which represents LA County in hundreds of other cases. He worked the trial with firm partners Mira Hashmall, who was lead counsel, and Casey Sypek.

Trial testimony from county officials revealed that a now-retired fire captain who photographed each area of human remains returned a company-owned laptop computer without a hard drive that to this day has never been located, and that the sheriff’s deputy who first photographed every body sent the photos to a man he believed to be a high-ranking sheriff’s captain but still has not been identified.

Jurors concluded the Los Angeles County Sheriff’s Department was liable for federal privacy claims brought by Chester and Bryant because of a lack of policy and training regarding the proper handling of photos of deceased people, and because of a pattern or custom within the department of misusing photos. With the Los Angeles County Fire Department, jurors found a lack of policy and training but no pattern or custom.

A juror told the clerk of the error at 4:45 p.m. Aug. 24, after the verdict was read and all jurors confirmed through polling it was accurate. That led to a legal quandary that Judge Walter, a 2003 appointee of President George W. Bush, said he’s never before seen: Can jurors be called back into court and asked about their verdict well after being potentially exposed to broad media coverage of the case?

Walter said “the potential for prejudice from external influences” was substantial, noting the trial and verdict “received national publicity” and that jurors “had to be escorted out of the building to ensure their privacy.” The juror didn’t notify the clerk of the error until “almost 35 to 40 minutes after the verdicts were read after which major news organizations, including CNN, were already reporting the results of the verdict,” The clerk contacted each of the nine jurors to tell them not to read news coverage or discuss the case, but she didn’t hear back from some until 9 p.m.

Walter held a closed conference Thursday morning and ordered briefs from the attorneys that were filed under seal that night, then discussed during a 17-minute conference Friday.

The widow of the Los Angeles Lakers legend, however, mooted the advanced law school exam-like question by agreeing to the $1 million reduction without jurors having to come back into court.

“Her agreement to accept $1 million less against the sheriff’s department achieves the same result as any inquiry that might be conducted by the Court,” the judge said Friday, according to the transcript. “Accordingly, in light of the issues presented in recalling the jurors in this case, the Court concludes that any inquiry into the potential mistake is unnecessary.”

Li told Walter he and the rest of Bryant’s legal team “really appreciate the thought that went into dealing with the sticky issue relating to the jurors.” 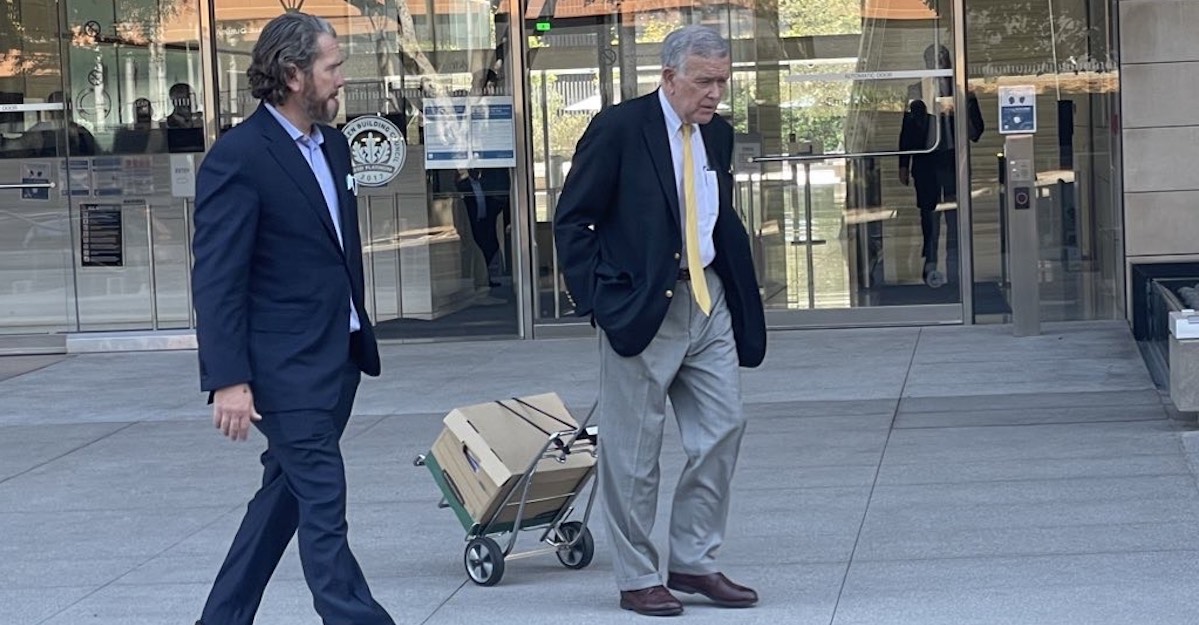 The adjustment brings the compensatory damages award exactly in line with what Chester’s lawyer, Jerry Jackson, recommended in his Aug. 23 closing argument. Bryant’s lawyers never named a dollar amount in their closing or rebuttal, but Jackson recommended $2.5 million in compensatory each for Bryant and Chester.

He was more general in his recommendation for future damages, giving jurors a range of $100,000 to $1 million for each year of Chester’s expected future 30 years and Bryant’s expected 40. He said he’d go with $1 million were he a juror but emphasized the decision was entirely their own and could be as low or as high as they see fit. Jurors appear to have gone with an amount somewhere in that range, though they didn’t share their math and they all left without speaking to reporters.

The judge asked about the remaining claims during Friday’s conference, with Li answering, “I think at this point we’re still considering what our options are.”

Li told Law&Crime on Wednesday that remains the case. Jackson, too, said he and Chester still are discussing how to proceed.

Walter sent the state claims back to Los Angeles County Superior Court during a July 8 pre-trial hearing because he said, in his experience, jurors are confused as to how to analyze state claims while also analyzing federal claims “even though the instructions were presumably very clear.” He also said he doubted the state claims would be pursued if the jury awards damages for the federal claims, noting that state claims don’t allow for attorney fees.

“I have found over the years, these constitutional violations are hard enough for a jury to decide,” the judge said. “But when you put on there those state law claims, it becomes more difficult for the jury.”

The judge also noted that the punitive damages in the state claims are for individuals, not against the agencies, and he doubts “these deputies have a sufficient net worth or wealth if the punitive damage award is going to be significant.” He said any award could be paid for with county money, but Miller Barondess founder Louis “Skip” Miller told him that won’t necessarily happen because “punitive damages are not automatically paid for by the County.”

Walter’s order on Wednesday calls for  Chester and Bryant to “file a joint statement advising the Court whether they intend to pursue their state law causes of action” on or before Sept. 19.

Read a transcript of Friday’s conference below.