After Larry Nassar, MSU Agrees to Have ‘Chaperones’ at Medical Exams 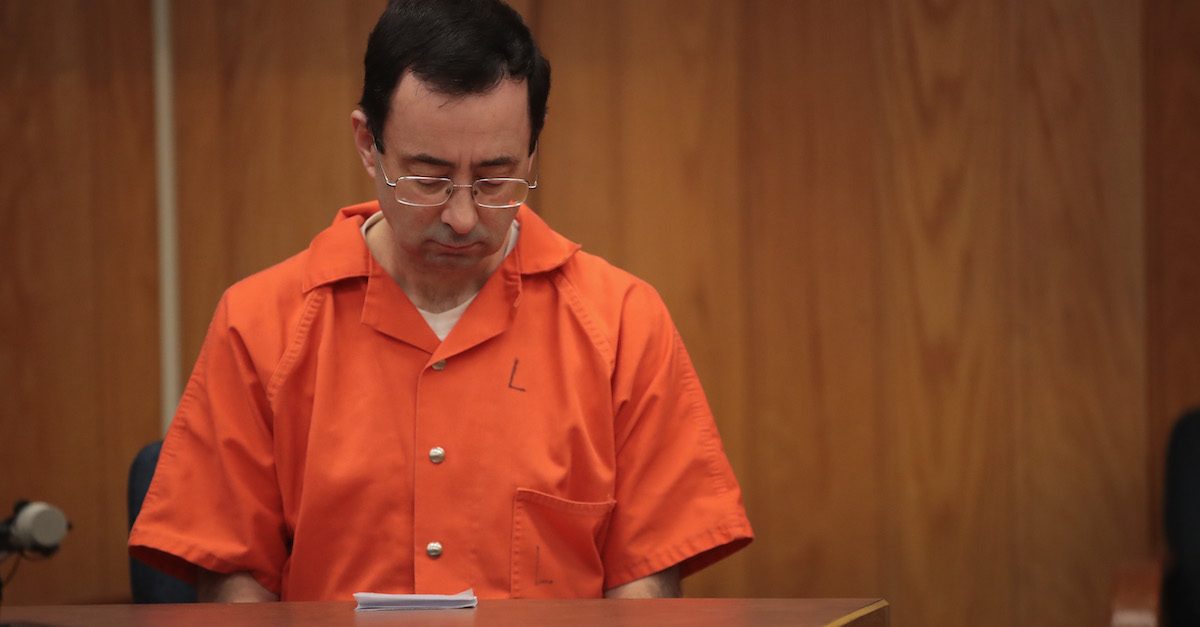 Following an investigation by the U.S. Department of Health and Human Services (HHS), Michigan State University (MSU) agreed Monday to new requirements aimed at protecting patients from sexual abuse at the hands of MSU doctors following the high-profile Larry Nassar case. HHS announced the voluntary resolution agreement, which resolved the government’s civil rights investigation related to Nassar’s sexual abuse of gymnasts and others while employed by MSU.

Nassar, a once-celebrated sports physician, was sentenced in January to 40 to 175 years in prison for sexually abusing more than 150 women and girls while employed as the doctor for MSU and USA Gymnastics.

Under the new requirements, HHS will monitor MSU and its health entities for three years and require sensitive medical examinations at MSU be “chaperoned” by authorized members of a designated health team.

Additionally, patients must be provided with an “appropriate gown” and privacy for undressing and dressing during examinations.  The University will be required to designate an official to coordinate the acceptance, investigation, and resolution of abuse complaints.

Roger Severino, the director of the U.S. Department of Health and Human Services Office for Civil Rights, told the New York Times that MSU had no choice but to comply with the new requirements, which will apply to students and non-students alike.

“It’s one thing for an institution that has failed repeatedly to police itself to say that they’re going to do better this time compared to the federal government, with the ability to strip federal funds in case of repeated noncompliance, coming forward and saying, ‘You must now actually implement the proper chaperone policy consistent with best practices,'” Severino said.

Simon, who resigned from her post as president at the peak of the Nassar scandal, currently faces charges that she lied to investigators about when she learned about the assault complaints against the disgraced doctor.