Schiff: Trump 'Doesn't Give a Shit' About What's Good for America | Law & Crime

Adam Schiff: President Trump ‘Doesn’t Give a Sh*t’ About What’s Good for America 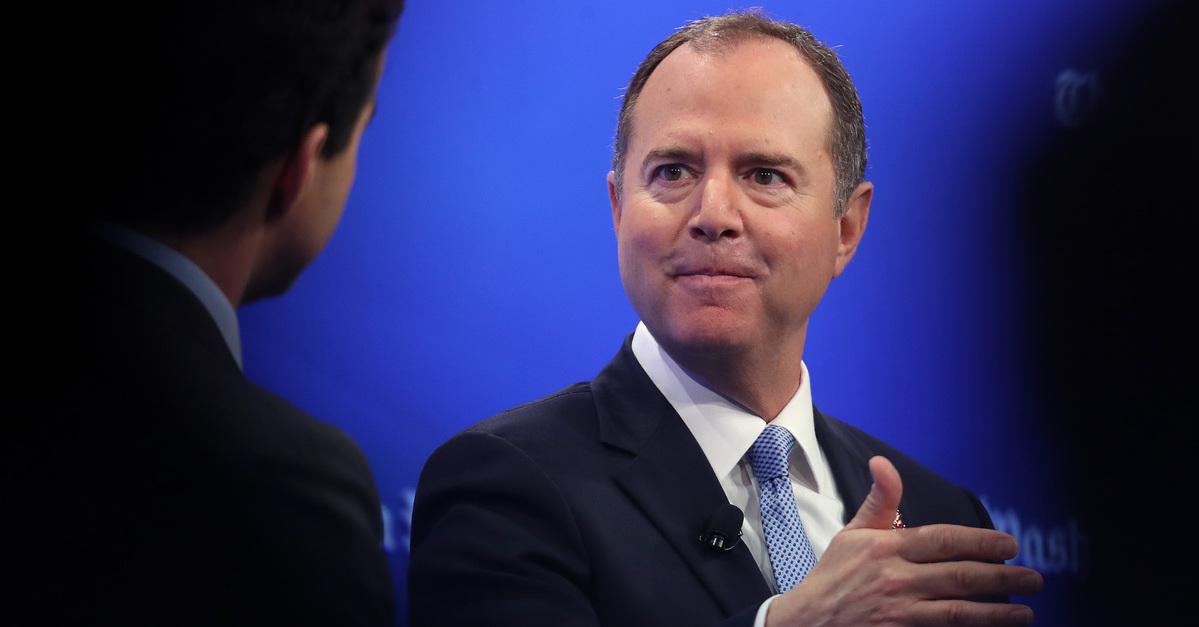 The Democratic chairman of the House Committee that laid the groundwork for current phase of the impeachment inquiry says that he not only believes the evidence of President Donald Trump’s misconduct is “overwhelming,” he also believes the president “doesn’t give a shit about what’s good for our country, what’s good for Ukraine.”

The New Yorker on Friday published an interview with House Intelligence Committee Chairman Adam Schiff (D-Calif.). He spoke  about the impeachment inquiry hearings he presided over, his Committee’s subsequent report, and Speaker Nancy Pelosi (D-Calif.) urging the Judiciary Committee to draft articles of impeachment against President Trump.

Schiff echoed Pelosi in saying that he doesn’t hate the president. Schiff did say, however, that he hates “what [Trump] is doing to the country.”

At the very end of the interview, Schiff reflected on the testimony of career diplomat David Holmes:

Holmes overheard Sondland talking on the phone with Trump, who asked if Zelensky would pursue the investigations he wanted. After the call, Holmes asked Sondland, “Does the President give a shit about Ukraine?” As Holmes testified, the answer was no, he only cares about “the big stuff.” Well, Holmes pointed out, there is big stuff happening in Ukraine, like a war with Russia, but Sondland said no, that was not what he meant. Trump only cared about matters that concerned him, like the investigations.

Schiff said that this testimony said it all.