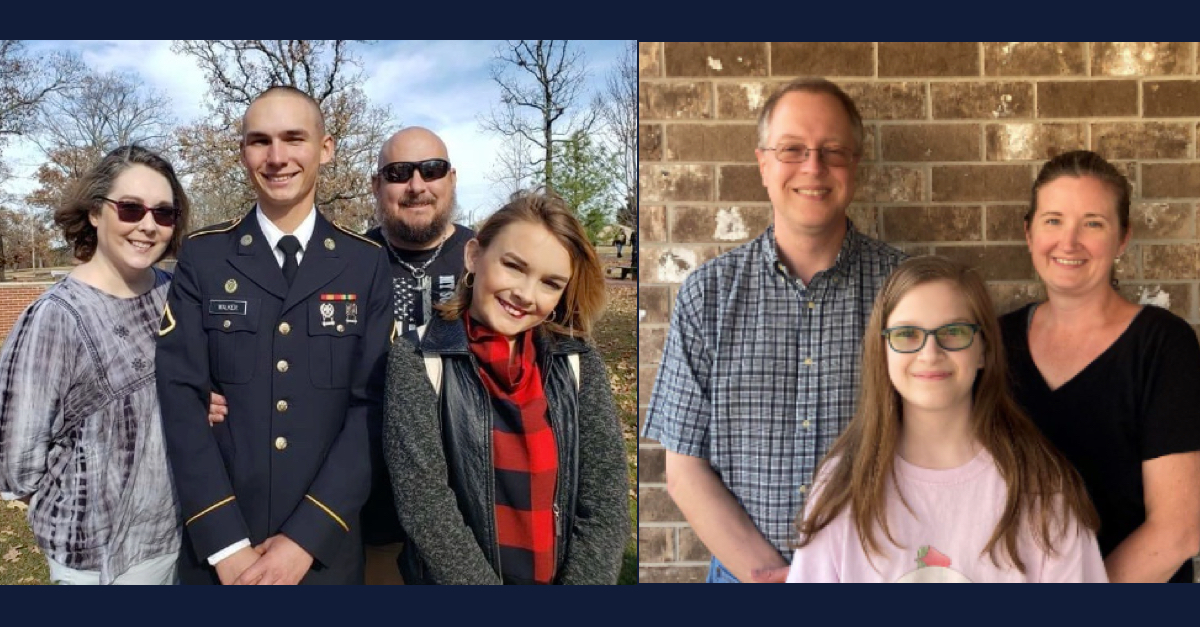 The American Civil Liberties Union, Lambda Legal, and the Transgender Law Center filed a lawsuit Monday on behalf of two Alabama families who say that Alabama’s S.B. 184, signed into law on Friday by the state’s Republican governor Kay Ivey, will be devastating to the mental and physical health of their children, who are transgender.

The law makes it a felony to provide gender-affirming care, including hormone therapy, puberty blockers, and gender-reassignment surgery, to children up to 18 years old. Medical professionals convicted under the law face up to 10 years in prison.

“I believe very strongly that if the Good Lord made you a boy, you are a boy, and if he made you a girl, you are a girl,” Ivey said in a statement when she signed the law.

“If allowed to go into effect, the felony health care ban will have dire physical, emotional, and psychological consequences for transgender youth, who will be kept from receiving necessary medical care,” the lawsuit says. “It will render parents powerless to help and make medical decisions for their own adolescent children, forcing them to watch as their children suffer from the extreme distress caused by gender dysphoria. It will force medical professionals to violate the tenets of their profession and abandon their patients.”

Both children have been receiving hormone treatments for gender dysphoria, and the lawsuit described the positive impact the medical care has had on their lives.

“Growing up in a body that did not match who she was made H.W. miserable,” the lawsuit said. “Before she began receiving medical care to affirm her gender identity, H.W. experienced severe gender dysphoria, depression, and anxiety. Accessing medical care has been transformative for H.W. She became less shy and more confident and began thriving in school.”

If the law goes into effect, the Walker family “may be forced to leave Alabama,” including leaving behind their son Robert, who has a six-year commitment to the Alabama National Guard.

Like H.W., the lawsuit says that C.W. benefitted from treatment for gender dysphoria.

“When C.W. was approximately nine years old, her parents, Plaintiffs Jeff and Christa White, observed that she was experiencing significant stress and anxiety,” the lawsuit says. “She often had stomach aches, did not want to go to school, and would cry easily over small day-to-day things.”

According to the lawsuit, hormone-based treatment turned C.W.’s life around.

“Puberty-suppressing medication has made an incredible difference in C.W.’s life, health, and happiness,” the lawsuit says. “It diminished the intense gender dysphoria that she would otherwise experience if she were to go through a puberty that does not correspond to her gender identity. Some of the irreversible changes to her body that “masculinizing’ puberty would cause would severely exacerbate her gender dysphoria and attendant symptoms.”

C.W.’s parents say that stopping medical treatment would be “devastating” for their daughter.

“The felony health care ban would force C.W.to stop her gender-affirming medical care, which would be devastating to her mental health and put her at risk of significant harassment at school,” the lawsuit says. “C.W.’s parents are concerned that without her medical treatment, C.W.’s confident self would fade away.”

The lawsuit argues that children experiencing gender dysphoria deserve medical care, and pushes back against the bill’s “wait-and-see” approach.

“Being transgender is not a condition to be cured,” the lawsuit says. “But gender dysphoria is a serious medical condition that, if left untreated, can result in debilitating anxiety, severe depression, self-harm, and suicidality.”

The plaintiffs are seeking an injunction blocking Marshall and the prosecutors from enforcing the law, as well as a declaratory judgment that the law violates the plaintiffs’ Equal Protection and Due Process rights.

“Transgender youth are a part of Alabama, and they deserve the same privacy, access to treatment, and data-driven health care from trained medical professionals as any other Alabamian,” said Tish Gotell Faulks, legal director, ACLU of Alabama, said in a statement announcing the lawsuit. “We will fight to make sure this is the reality for trans kids and their families , and we condemn the intrusive actions of the lawmakers who voted to use children as political pawns for their reelection campaigns.”

Marshall’s office did not immediately respond to Law&Crime’s request for comment.