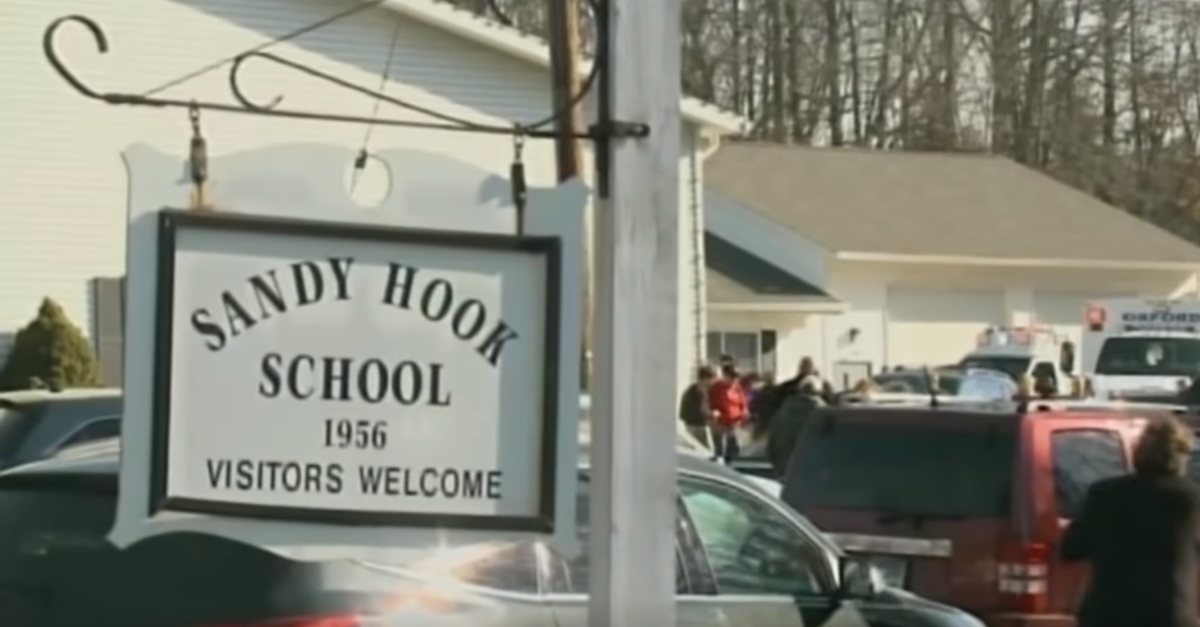 In a “blow to [the] gun industry,” the Supreme Court of the United States on Tuesday declined to block a lawsuit against Remington Arms Co., the manufacturer of the rifle used in the 2012 Sandy Hook mass shooting. In other words, the court is not blocking a lawsuit that argues the gun manufacturer is liable for the shooting.

In 2012, Adam Lanza murdered his mom at home, then shot and killed 20 children and six adults at Sandy Hook Elementary School using the AR-15-style rifle known as at the Bushmaster Model XM15-E2S. He died by suicide. Investigators said he was obsessed with mass shooters.

A Connecticut court ruled in March that Remington Arms Co. could be sued over the 2012 mass shooting. The case was ordered back to a trial court, where a survivor and the families of nine victims were to be able to make this argument before a jury. The plaintiffs have argued that Remington and other defendants were negligent in selling the weapon to civilians because the rifle was designed for military purposes.

A judge previously dismissed the complaint in 2016. The judge accepted that federal law protected Remington, and shielded them from liability when their products are involved in crimes. Plaintiffs appealed, and got another chance. In March, the lawsuit was revived.

In August, Remington petitioned for a writ of certiorari, in the hopes that SCOTUS would reverse the above decision:

The Protection of Lawful Commerce in Arms Act (“PLCAA”) “generally preempts claims against manufacturers and sellers of firearms and ammunition resulting from the criminal use of those products.” Ileto v. Glock, Inc., 565 F.3d 1126, 1131 (9th Cir. 2009). However, the PLCAA provides an exception for “action[s] in which a manufacturer or seller of a [firearm or ammunition] knowingly violated a State or Federal statute applicable to the sale or marketing of the product.” 15 U.S.C. §7903(5)(A)(iii). “This exception has come to be known as the ‘predicate exception.’” Ileto, 565 F.3d at 1132. Crucially, this predicate exception enumerates examples of covered statutes, and these examples specifically regulate the firearms industry. 15 U.S.C. § 7903(5)(A)(iii)(I)-(II).

The Connecticut Supreme Court below held that the PLCAA’s predicate exception encompasses all general statutes merely capable of being applied to firearms sales or marketing. In contrast, both the Second and Ninth Circuits have rejected this broad interpretation of the predicate exception, which would swallow the PLCAA’s immunity rule. City of New York v. Beretta U.S.A. Corp., 524 F.3d 384, 402-403 (2d Cir. 2008); Ileto, 565 F.3d at 1134, 1136. And the Ninth Circuit interpreted the predicate exception even more narrowly than the Second Circuit. See ibid.

The question presented is whether the PLCAA’s predicate exception encompasses alleged violations of broad, generally applicable state statutes, such as the Connecticut Unfair Trade Practices Act, which forbids “unfair methods of competition and unfair or deceptive acts or practices in the conduct of any trade or commerce.” Conn. Gen. Stat. § 42-110b(a).