Young Man Shot and Killed His Mother Because He Got Mad She Told Him to Stop Smoking in His Bedroom: Sheriff 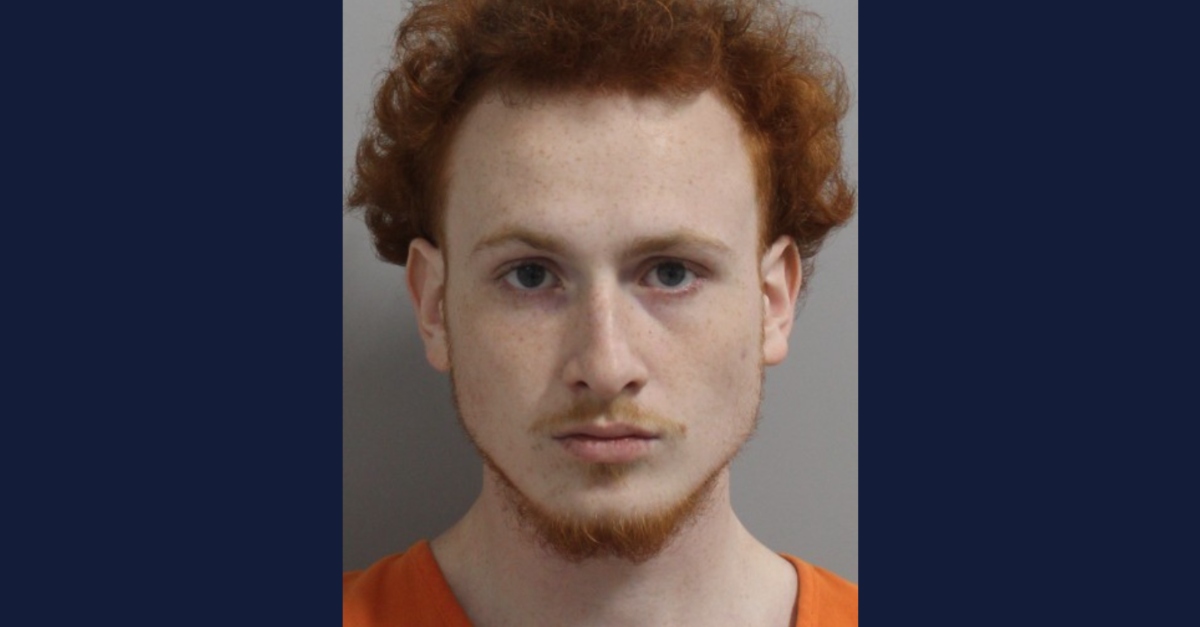 A young man allegedly shot and killed his mother after she told him to stop smoking in his bedroom, according to deputies in Polk County, Florida. Seth Settle, 19, tried to pass it off as an accident, Sheriff Grady Judd said in a press conference on Friday.

Authorities identified the mother as a 52-year-old woman. In Judd’s account, she dropped off her 14-year-old daughter at school Thursday morning, and she returned home to smell smoke from Settle’s bedroom. She opened the door.

She closed the door, and Settle shot her through the door, according to Judd.

The sheriff claimed that the 19-year-old engaged in a cover-up. Other family members and even first responders did not initially know this was a shooting. Settle jumped up and ran to where his 24-year-old brother was in the large house, Judd said. The elder brother was in a bathroom and did not hear what Settle was saying, Judd said. The man stepped out. Settle had fled the home. The elder brother looked for their mother, who he found on the floor in the game room by Seth’s room, Judd said.

There was initially no blood, the sheriff said. EMS initially considered it a medical event until a nurse discovered a little bit of blood and that the woman had been shot. According to Judd, a medical examiner determined that the bullet went through the heart, which quit beating. Judging by the sheriff’s account, this ostensibly resulted in the lack of bleeding.

Ultimately, deputies arrested Settle, who allegedly asserted that his mother walked in on him holding a gun to his head.

“And he confesses, but he colors the event in his best interests,” Judd said. “He tells us that he’s depressed, and some of his friends confirmed to us that he had a girlfriend about a year ago. He said that mom opened the door to get onto me about smoking, and I was holding a gun to my head, and she told me to put the cigar out, and closed the door and the gun accidentally discharged. We don’t believe that. We don’t believe that because by all accounts–all accounts, even his admission–that mom was an absolutely, totally wonderful person, and the best mom you could ever have.”

Judd suggested that Settle killed his mother out of anger, and that the mother would not have closed the door with her son holding a gun to his head. The 19-year-old admitted to pointing the gun at the door, the sheriff said.

Settle claimed to throw his guns away in a wooded area, but according to Judd, another friend had come to the home, and Settle told him to take the two firearms.

The friend said that he believed that Settle wanted him to take the firearms because he was afraid he’d hurt himself, the sheriff said. The friend only knew that the mom died unexpectedly, not that she was shot, according to Judd.

“Dad, the other brothers, no one had any idea that Seth even had these two firearms,” Judd said.

Settle remains at the Polk County Jail on no bond for a count of second-degree murder as of Sunday, online records show. He is held on a total $4,000 bond on the other charges: tampering with evidence, discharging a firearm in a residential area, and five counts of false information to a law enforcement officer during an investigation. There is no attorney of record. Settle had a first appearance in court held on Friday. An arraignment is set for June 2.