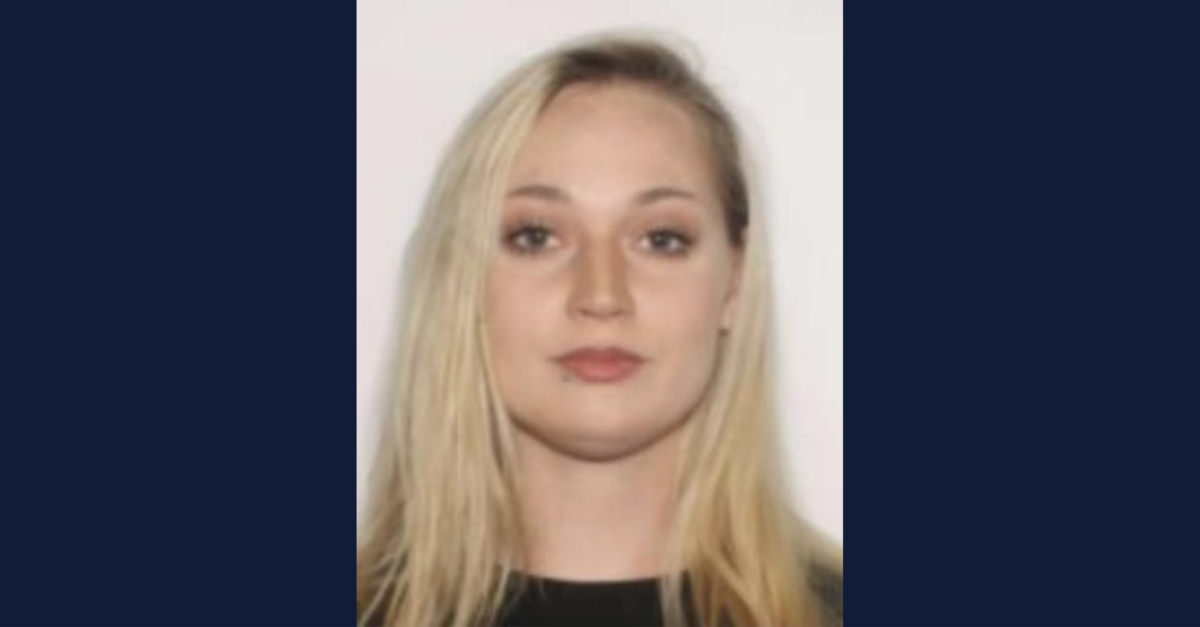 Cops in Florida allege that a woman committed murder by stabbing he father of her children in the inner thigh.

Rhiannon Cole Spicer, 24, is charged with second-degree murder for killing Larry Jarrell, 29, according to cops out of St. Petersburg, Florida. The couple shared three children together, officers said in the partially redacted arrest affidavit obtained by Law&Crime.

The St. Petersburg Police Department said that they responded Friday to 4725 39th Avenue North, Apt. 204 at the Casa Grande Apartments regarding a man found dead. The deceased man was identified as Jarrell.

“The death was suspicious and through an autopsy report and further investigation this weekend, it was determined to be a homicide,” officers said.

Cops sought Spicer as a person of interest. She had been living with Jarrell at the apartment, authorities said.

Investigators determined that the suspect had inflicted a “mortal wound” by stabbing Jarrell in the left inner thigh.

“A medical examination of the victim’s body showed a puncture wound to the inner left thigh of the victim, determined to be a mortal wound,” authorities wrote.

The investigation remains active, police spokesman Ken Knight told Law&Crime. Officers did not provide information on the alleged motive or detail what they believe led up to the incident.

Pinellas County court records do not name an attorney for Spicer.