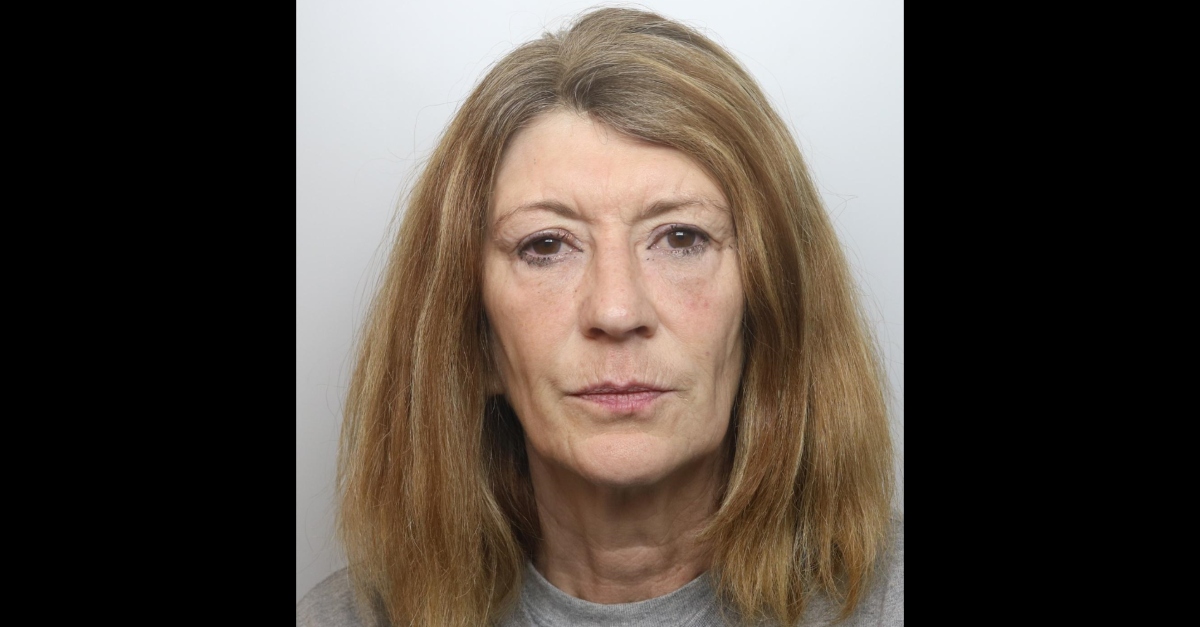 A woman was sentenced 12 years to life on Friday for fatally throwing boiling water on her elderly husband after she believed he abused her children. Corinna Smith, 59, was found guilty last month of murdering Michael Baines, 81, at their home in the town of Neston, England, which is an estimated four hour drive north from London.

She mixed three kilograms of sugar into a bucket of water, said police in Cheshire County. Smith dumped it on the sleeping Baines as he slept, reaching his arms and torso, according to officers. He initially survived in tremendous pain, and police found him with the skin on his right arm and hand peeling off, authorities said.

“Michael was taken to hospital and remained in the burns unit for two weeks in a stable condition before he deteriorated and passed away,” police said.

“The sugar placed into the water makes it vicious,” he said. “It becomes thicker and stickier and sinks into the skin better. It left Michael in agony and rather than call the emergency services she wasted time by going to a house nine doors away to tell a neighbour, who she wasn’t close to, what she had done.”

Smith attacked her husband after learning about a rumor, officers said. Cops did not describe this rumor in their online post, but statements in court showed that she thought Baines abused their son, and her daughter from another relationship.

“We cannot and do not say whether these allegations made about Michael Baines are true or not…but that is not the issue for you in this case because the prosecution certainly accept that these allegations were made, and that Corinna Baines believed them to be true at the time that she caused the fatal injuries to Michael,” prosecutors said in a report from The Sun.

Smith’s son Craig Baines had died by suicide in 2007.

“He had been troubled before his death and had been to prison for a serious assault,” said Judge Amanda Yip DBE. “He had told you that the man he attacked had been a paedophile and that he had touched him sexually. The day before Craig’s death, he had been in some distress and had said: ‘Mum, he’s a paedophile.’ You understood him to be referring to the man he had assaulted. Craig seemed happier the next day and you did not explore what he had said further. Your trial could not and did not explore the truth of the allegations made against your husband.”