Woman Said She ‘Just Snapped’ and Tried to Kill Roommate with Kitchen Knives After ‘Thinking About Killing Him for a While’: Sheriff 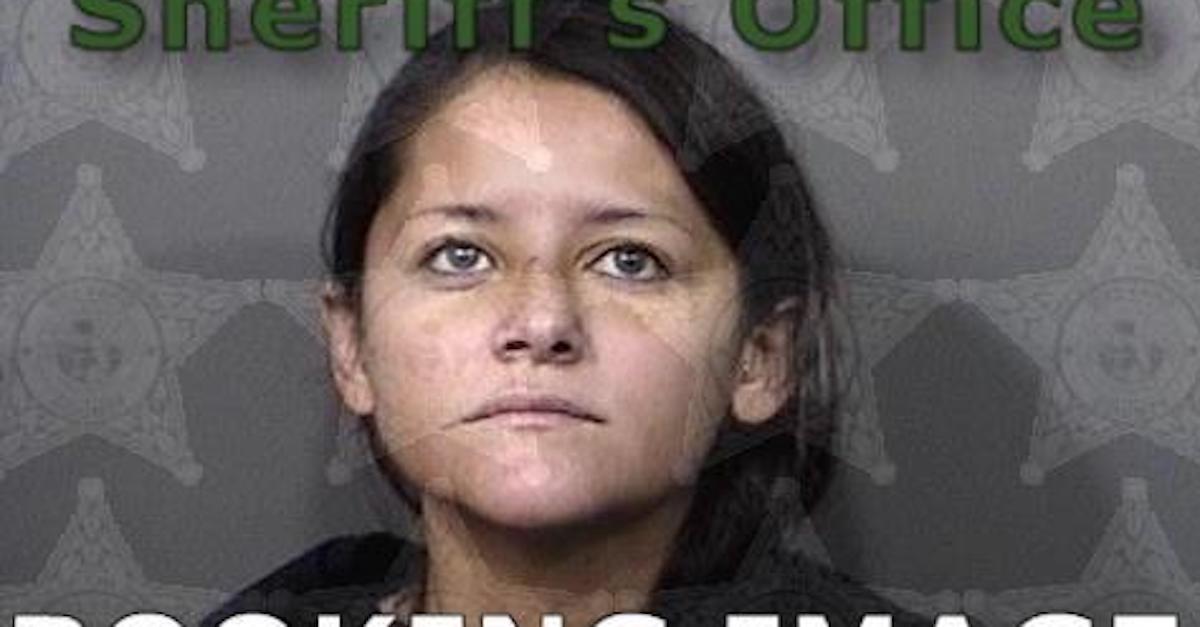 A Florida woman said she “snapped” and tried to kill her roommate after thinking about doing so “for a while,” authorities allege.

Erica Raven Black was taken into custody on Friday and charged with one count of aggravated battery with a deadly weapon and one count of domestic violence battery, booking records reviewed by Law&Crime show.

According to a sworn probable cause affidavit, deputies with the Brevard County Sheriff’s Office responded to a 911 call at approximately 2:30 a.m. on July 27 concerning a reported stabbing at a residence located in the 500 block of Needle Boulevard on Merritt Island. The male caller identified himself as Lindin Siri and told the emergency dispatcher that a woman had just stabbed him and was still in the house, the affidavit said.

Upon arriving at the scene, first responders made contact with Siri and had him airlifted to a local hospital to be treated for at least three “sharp force injuries.” Deputies then identified Black, who was still at the residence and “complained of pain to her neck area.” She was transported to a different hospital for treatment.

“Deputies noted the crime scene and observed two kitchen knives covered in blood, blood on the ground in the residence, and blood on the front porch,” the affidavit continued.

A detective dispatched to the hospital where Black was receiving treatment wrote that she appeared to have “dried blood on her person,” but noted that her only injury appeared to be a small bruise above her eye.

Black allegedly told the detective that sometime between 8 and 10 p.m., Siri “grabbed her by the throat and hair when her back was to him,” per the affidavit.

“She was able to get out of it by ‘jerking away,’ grabbed two kitchen knives, one for both hands, and stabbed him in the back. She said the knives were in the kitchen in a ‘block’ holder. She said she stabbed him with both hands at the same time,” the affidavit said. “She said she freaked out because Lindin Siri had never laid hands on her before. Ms. Black said ‘Fuck you’ to Lindin Siri after stabbing him.”

Black allegedly stated that she “knew Lindin Siri wanted to have sex with her” because he said “get your ass upstairs” when he grabbed her. She further claimed that Siri made a “rule” several weeks ago, stating that in order to continue living in his home she had to have sex with him at least once every 10 days. Black said she refused to abide by the rule and the two decided she would find other living arrangements.

Investigators said Black was clear that she and Siri were only roommates and were not related or in any kind of romantic relationship. Black allegedly said she and Siri had never had sex with each other.

Asked where she would go if released, Black allegedly said she would return to the house because Siri “got stabbed in the back” and “spilled some blood.”

Investigators who viewed the footage said that it shows Black sleeping on the living room couch when Siri walks in and lifts the couch, dumping Black on the floor, where she continued sleeping. Siri then vacuumed under the couch. Several minutes later, Black allegedly went into the kitchen, where she was off camera for a short time. Siri, who allegedly remained on camera throughout the video, then turned his back.

“As Lindin Siri has his back turned to the kitchen cleaning, Ms. Black is observed coming out armed with two knives, and the stabs Lindin Siri in the back,” the affidavit added. “The two engage in a struggle over the knives, and Lindin Siri was able to unarm Ms. Black and called 911.”

Siri told investigators that the day before the stabbing he’d asked an intoxicated Black not to be a “couch potato” when he returned; when he came back to again find her intoxicated on the couch, he lifted the couch and she continued to sleep. But then Black woke up and stabbed the victim, the affidavit said.

A doctor at Black’s hospital told investigators that prior to the detective’s arrival the suspect made several spontaneous utterances, including: “I’ve been thinking about killing him for a while, and tonight I just snapped. I don’t know why.”

After being read her Miranda rights, Black allegedly told a deputy that she stabbed Siri because “she’s a fucking idiot,” adding that she’d been raped before and would “kill” before letting it happen again.