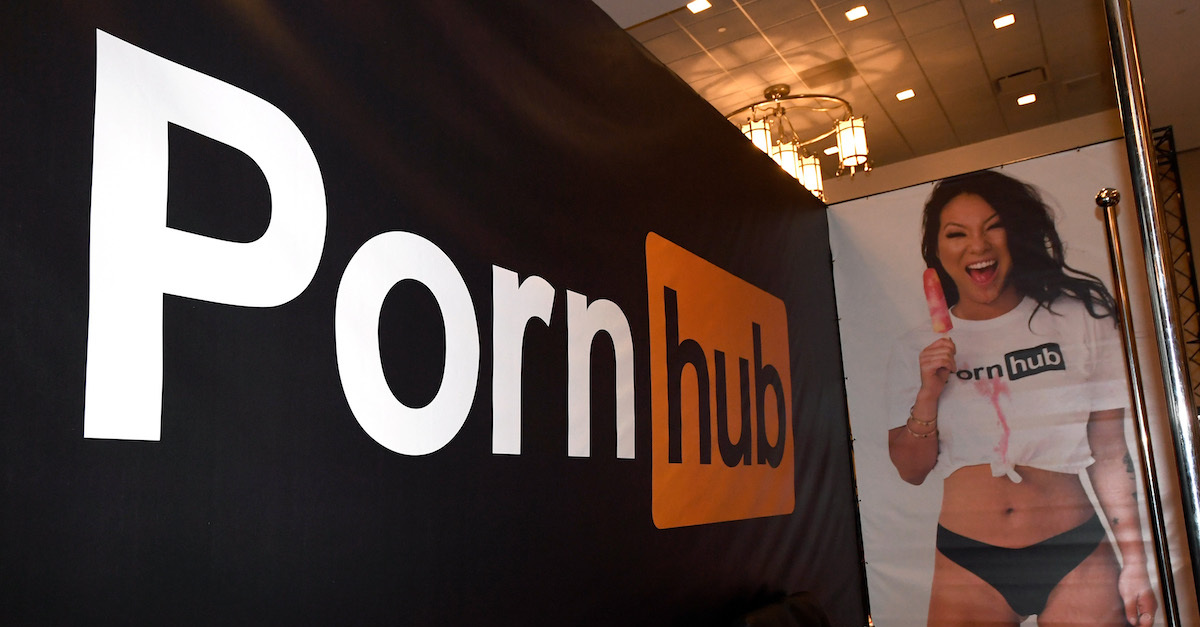 And, the judge continued, “after the opening the door, Visa was there at the end of the line, too” by ensuring MindGeek’s “movement of money.”

“Reminiscent of the ‘Too Big to Fail’ Refrain”

The 33-page ruling allows sex trafficking claims claims to move forward against both Visa and MindGeek while dismissing a racketeering claim but allowing a chance to refile with more evidence. It also dismisses a false advertising claim against Visa but allows a claim under the unfair competition law, and it orders the plaintiff to refile her civil conspiracy claim with “a more definitive statement” that better describes what Visa allegedly did that supports a conspiracy.

Carney is allowing plaintiffs’ lawyers to seek discovery from MindGeek within the court’s United States jurisdiction, as opposed to full discovery that would include defendants in other countries. But he rejected their request to take discovery from Visa, saying his order on the dismissal makes clear that “the remaining claims against Visa are uncertain” and the discovery against MindGeek will help determine the scope of the case. He blamed the plaintiffs in part for the slow pace of the case, saying they “filed an unwieldy action with over 30 co-plaintiffs that necessitated severance” and has continued to engage in needlessly complex litigation tactics.

The judge also splashed cold water on Visa’s argument that, if accepted, the lawsuit’s theory “would upend the financial and payment industries.” Carney called it “reminiscent of the ‘too big to fail’ refrain from the financial industry in the 2008 financial crisis” and said he doesn’t believe his decision is “the drastic tectonic shift that Visa fears.”

“It is simply being asked to refrain from offering the tool with which a known alleged criminal entity performs its crimes,” Carney wrote. “That is not a tall order and does not spell out an existential threat to the financial industry.”

Still, the judge said the lawsuit “supports an inference” that Visa controls the boundaries regarding content, because when MindGeek “crosses the line, or at least when MindGeek is very publicly admonished for crossing the line, Visa cracks the whip and MindGeek responds vigorously.”

In an email from Visa’s vice president for corporate communications Andy Gerlt, a Visa spokesperson told Law&Crime the ruling “is disappointing and mischaracterizes Visa’s role and its policies and practices.”

“Visa will not tolerate the use of our network for illegal activity. We continue to believe that Visa is an improper defendant in this case,” according to the statement.

Lead plaintiff’s attorney Michael Bowe, a partner with Brown Rudnick LLP in New York, said in an email that Carney’s decision “means Visa and other credit card companies are finally going to face the civil and perhaps criminal consequences of this unconscionable and illegal activity.”

Bowe said Carney “had to find, and did, that we adequately alleged they violated the federal criminal child pornography statute.” Any prosecutor could take those same facts and put it in an indictment and charge them criminally.

“Any prosecutor could take those same facts and put it in an indictment and charge them criminally,” Bowe said in an email.

Bowe represents Serena Fleites and 33 women identified as Jane Doe and described in the complaint as victims of child sex trafficking from across the United States and around the world, including Thailand, Colombia and the United Kingdom. Fleities, who was publicly identified in the December 2020 New York Times article, fell into a depression-induced heroin addiction after the pornographic videos of her led to harassment at school and online, according to Carney’s ruling.

Issued Friday, the judge’s ruling describes MindGeek’s permitting of users to download and re-upload videos as “ensuring a hopeless whack-a-mole situation for victims.” The said the “most disturbing of all” allegations is that MindGeek “itself would reupload illegal videos that it had been forced to disable using made-up accounts that masked the true identity of the uploader.”

“Plaintiff alleges a harrowing example in which a video of a toddler and a video of a prepubescent girl being sexually abused were removed, but their ‘title, tags, views, and url’ were kept ‘live to continue driving traffic to the site,’” Carney continued, adding that “the sexual exploitation of minors is an intractable, complicated social problem involving countless independent bad actors.”

But the judge said Fleities doesn’t seek to pin it all on Visa. Instead, “she seeks to hold Visa accountable for a much narrower problem: MindGeek’s monetization of the sexual exploitation of children.”

Carney said Fleites’ emotional trauma “flows directly from MindGeek’s monetization of her videos and the steps that MindGeek took to maximize that monetization.”

Read the judge’s full order, below.